ThinkFest caters to citizens’ need to engage with ideas 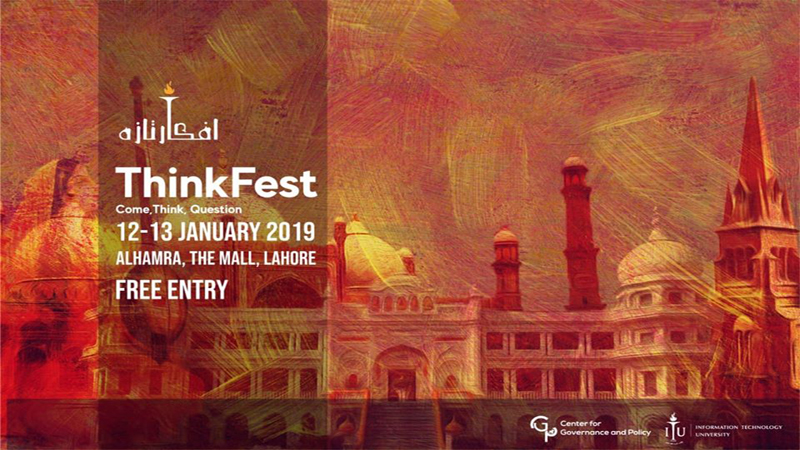 As Aqil Shah opened Day 1 of Lahore’s ThinkFest with a bang, Dr Ayesha Jalal’s talk with Raza Rumi was an equally dazzling start to Day 2. Ayesha Jalal is one of the most respected academics from Pakistan and globally acclaimed for her work on South Asian history. Raza Rumi discussed the ban on Nandita Das’s movie made on Manto’s life. The discussion entailed a number of issues: how colonial laws and the structure of state continues to shape cultural production and the muzzling of freedoms across South Asia. Three hours later, there were fireworks again at the Hall 2 of Alhamra Arts Council as Information Minister Fawad Chaudhry got engaged in a war of words with a female activist who said PTI government was ‘fascist’. Fawad, who never holds his punches, shot back telling the lady she was proving herself a fascist by not listening to him. The lady kept shouting ‘fascists, fascists’ at the top of her voice as Fawad defended his case.

Watching academic giants like Akeel Bilgrami and Akbar Zaidi discussing Secularism and Identity was certainly a treat. Same was the case with the discussion on progressive politics in Pakistan where Akbar Zaidi was in discussion with respected political thinker Afrasiab Khattak.

It was unfortunate that Raza Rumi’s scheduled discussion with Dr Omer Adil on the two Noor Jehan(s) of Lahore had to be altered at the last moment as Dr Omer Adil, an orthopaedic surgeon by profession, had to cancel his appearance because of a medical emergency at his hospital. However, the spirited Lahoris made up by participating in big numbers and suggesting alternative experts on Lahore and Mughal history. And writer Neelum Ahmad Bashir lit the Alhamra’s Gallery up as she sang ‘Tumhain Yaad Ho Ke Na Yaad Ho’ and ‘Ja Apni Hasraton Per’ towards the end of this discussion.

There couldn’t have been a better conclusion to the event than Raza Rumi, Nadeem Farooq Paracha, Mosharraf Zaidi and Sabahat Zakaria discussing the Pakistani identity in the Hall No 2. It was a fruitful debate by these progressive thinkers on what being a Pakistani really meant. Rumi highlighted the erasure of history and how his book aimed to sensitise the youth about the pluralistic culture of Pakistan. Paracha talked about the many ways of understanding Sufism in South Asian context. Zaidi emphasised how different voices and streams of thoughts need to be accepted. The session almost descended into chaos after being opened to the audience for Questions and Answers. Everyone wanted to comment on a topic as pertinent as it is contested. A packed hall had many comments and questions many of which could not be addressed due to paucity of time. The Thinkfest was a roaring success. Thousands kept hiving the food and book stalls in the expansive lawns of the Alhamra Art Centre. The houseful sessions throughout the day were also testament to the appetite of our people for learning and understanding these complex issues that our society faces today.

The 2-day festival ended on a high note, giving us ample food for thought and yet leaving us wanting more.