Cooco’s Den — a museum with a restaurant 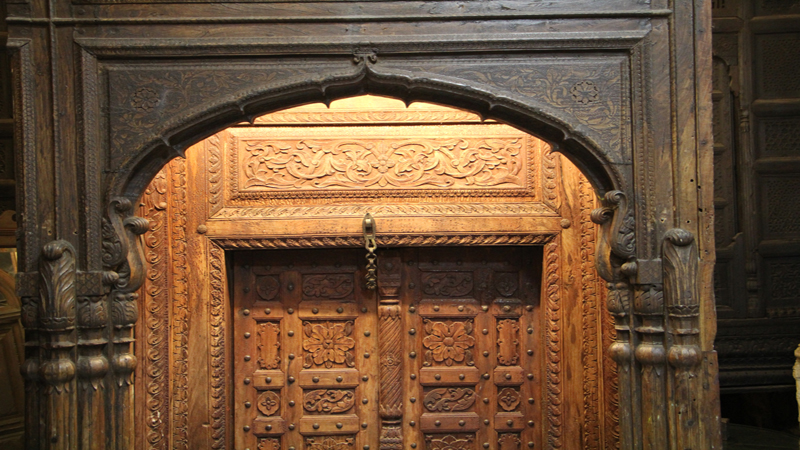 The entire Walled City of Lahore is a living museum with several small museums within its giant walls which once confined its state.

I think it is not imperative to have museums within four walls and rooms with lock and key. Let me give you another aspect of a museum today! Imagine a city having buildings of bygone times, ethnicity in traditions as well as a blend of tangible and intangible culture and customs. A city whose nooks and corners, houses and havelis, bricks and mortar, jharokas and balcony narrate the tales of the past… is this not a museum?

The ages old antique houses and havelis inside this mystifying city have some artefacts which are cherished by the people and tourists. I would not be wrong in saying that every haveli is a museum too and same is the case with the place I am writing about today – the Cooco’s Den.

Most of the people think that it’s a restaurant, which it is but do you know about the museum gallery of this restaurant which is located on the Fort Road, Food Street. You might have gone there to taste the enticing and variety of foods but now when you go there take a look at the museum too which will surely mesmerise you.

Most of the people think that it’s a restaurant, which it is but do you know about the museum gallery of this restaurant which is located on the Fort Road, Food Street. You might have gone there to taste the enticing and variety of foods but now when you go there take a look at the museum too which will surely mesmerise you

I had passed my matriculation when I started going to the Fort Road and Walled City in search of topics and research for my writings. I am talking about 1998s and at that time the Red Light zone of Walled City was a real taboo along with Taxali Gate. I remember the way I got permission from my parents to visit this place with my friends and teacher. Well, that was the first time I made my way into this no go area of the living museum city of Lahore and I was awe stunned while observing the life there.

I made my way from Chowk Heera Mandi to Fort Road where I came across a small restaurant with the name Cooco’s Den. It was a dark street where on one side was the grand Badshahi Mosque and at the edge was the British built Roshnai Gate and the huge imposing wall of Lahore Fort. This was the only building with few lights inside it and I made my way inside it. I found this place a source of peace and serenity with surrealism and until now I go and sit at this place to forget the worldly materialistic problems.

There I met Iqbal Hussain and Abrar Hussain who treated me very kindly and after that whenever I went there they would offer me tea and tell the stories to me.

This restaurant had started in 1996 and became popular among a certain class and until now the same class visits the place. At that time it was all decorated with artefacts and the paintings of Iqbal and soon they developed a museum there and the access to it was also from the main road. Cooco’s Den was an old haveli converted into a restaurant and some floors are still used as residential area by Iqbal and his sister Shagufta Bibi’s family and the ground-floor and the rooftop have been converted into a seating area. 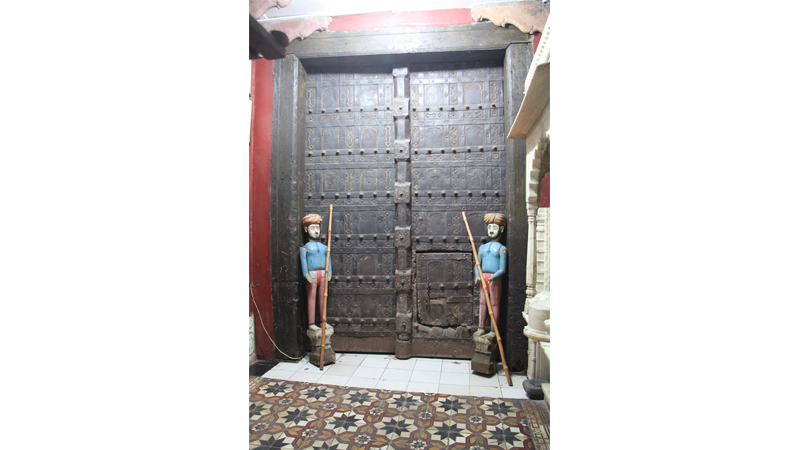 Now whoever goes in the Cooco’s Den for food can visit this museum gallery as well without any ticket. As you make your way from the short iron grill you will come across a huge wooden door that leads you right inside the museum which is no doubt breathtaking. Inside the museum you will come across hundreds of artefacts and the hall is decorated with ancient tiles of Mughal and British era, especially the pieces from Shah Jahan’s reign. These artefacts were collected by the ancestors of the family of Shugufta Bibi and his brother Iqbal. Having an aesthetic mind Iqbal was able to make a good use of the pieces and thus the gallery and restaurant was decorated. The starving Buddha in marble is another marvel inside the museum. Would you believe that there is a 200 years old wooden door and it is so heavy that at last ten men would be able to move it anywhere? A balcony that is almost five hundred years old is also see inside the museum and at one time it was part of the main entrance of the Cooco’s Den.

At one corner you will see the Hanuman in its original shape and very well preserved. It was once part of some temple, but during the 1947 wars, this was brought at Cooco’s Den. There is also a huge collection of ancient bells and locks inside the museum and trust me you would not find such a collection anywhere now. The most interesting thing I saw was the Mother Mary’s statue which is now placed inside the restaurant along with a grave’s marble slab with a cross on it. These statues were two in the entire world, one in Italy and the other in Cooco’s Den and it is said that she is the Mary of Blessings. This masterpiece is also carved in pure white marble stone and the way it is placed makes a beautiful view of religious harmony and peace as in the backdrop of the statue one can see the sky touching minarets of Badshahi Mosque. 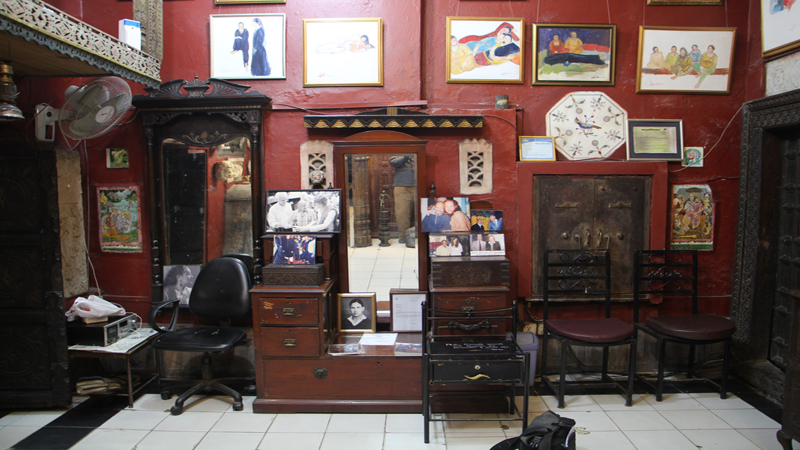 Inscriptions from the time of Jahangir, the Mughal Emperor and Shah Jahan’s period are also seen inside the Den. Along with all these artefacts you will also see a paintings gallery which are the paintings by Iqbal.

Those paintings portray the life of the courtesans and the prostitutes of red light area.

His works convey all of these emotions and bring to life extraordinary characters that are often neglected or repulsed by the deceitful culture of our society.

Inside the restaurant you will see the African statues as well and among them is also the statue of the African Fertility Goddess. There you will also find the leftovers of Buddha and some marble slabs with Hanuman and other Hindu Gods engraved on them. I must say that food is one thing which you can have there; you will be lost in the serenity of the ambiance and trust me there is some unseen force there which capture your mind and body and make you feel carefree from all the worldly matters.