If you can’t get enough of Bilal Khan in ‘Balaa’, then ‘Cheekh’ is the answer

* Both ‘Balaa’ and ‘Cheekh’ are written by Zanjabeel Asim Shah, produced by Fahad Mustafa and Dr Ali Kazmi and directed by Badar Mehmood 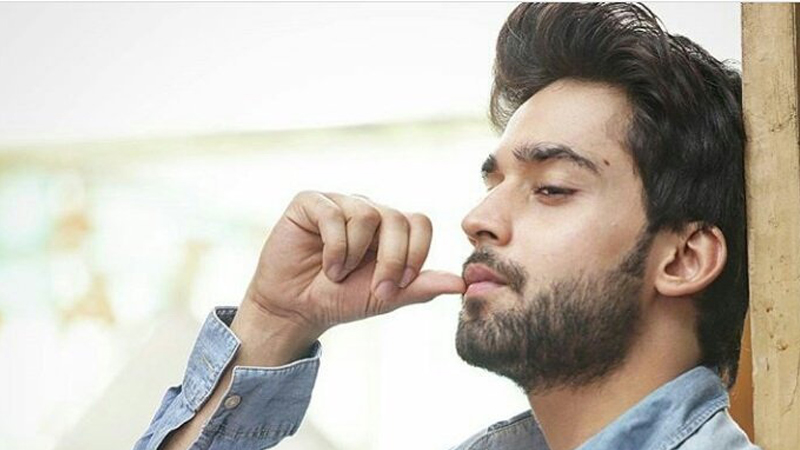 Bilal Abbas Khan literally surprised us all with his phenomenal acting in his latest project ‘Balaa’, a production of Big Bang Entertainment which is directed by Badar Mehmood. The shy youngster showed a completely different persona in this project and captivated everyone through his performance. Ever since the start of drama serial ‘Balaa’, we see how Nigar (played by Ushna Shah) sets trap after trap in order to gain Taimoor’s (played by the heartthrob Bilal Abbas Khan) attention and to distance his own family from him. Her cruel intentions reach the levels where she goes far and beyond in torturing his family to a life and death situation. Fans have been waiting so long to see Bilal, to finally show his anger and avenge his wife for practically being the cause of death of his two sisters and his mother but the wait has been far too long. We have all seen his soft spoken and loving side in characters, but we have wondered what he would look like playing the bad guy. As the drama nears an end, we see a glimpse of that anger and revenge in his eyes as he repeatedly says, “asli balaa main hoon.” And in that very moment, we knew we had all been waiting for this, to see Bilal in an antagonist character, a ferocious and revengeful person. But little did we know that our thirst to see Bilal in antagonist role in ‘Balaa’ will not be satisfied because the drama is coming to an end. So, the answer to quench our thirst with more of Bilal is drama serial ‘Cheekh,’ yet another Big Bang Entertainment project. Both ‘Balaa’ and ‘Cheekh’ are written by Zanjabeel Asim Shah, produced by Fahad Mustafa and Dr Ali Kazmi and directed by Badar Mehmood. This information is enough to acquaint us with the fact that ‘Cheekh’ will be as successful in keeping the audience on a nail biting verge as Balaa did.

While ‘Balaa’ showcased Bilal turning in to antagonist by the end of the serial, ‘Cheekh’ will portray him as the antagonist right from the start

Another intriguing factor here is the duo between director Badar and actor Bilal who have developed a strong understanding of each other’s work and when such a bond is developed, working on the sets results in better direction and better acting. Perhaps this is also the reason why ‘Balaa’ has been so successful and ‘Cheekh’ has quickly got on the same track.

While ‘Balaa’ showcased Bilal turning in to antagonist by the end of the serial, ‘Cheekh’ will portray him as the antagonist right from the start. The teasers of ‘Cheekh’ increased our interest with the perfect dialogue delivery between Bilal and Saba Qamar and that was quite the peak interest factor for all of us. You will also be seeing Usha Shaah in ‘Cheekh’ as she plays the role of Nayaab who is Saba Qamar’s friend and Bilal and Ushna are shown to have likeness for each other. All Bilal fans (honestly, being one myself), fasten your seat belts and get ready to see Bilal playing a wonderful antagonist role in ‘Cheekh’.