Hubble Telescope captures most detailed image ever of nearby galaxy 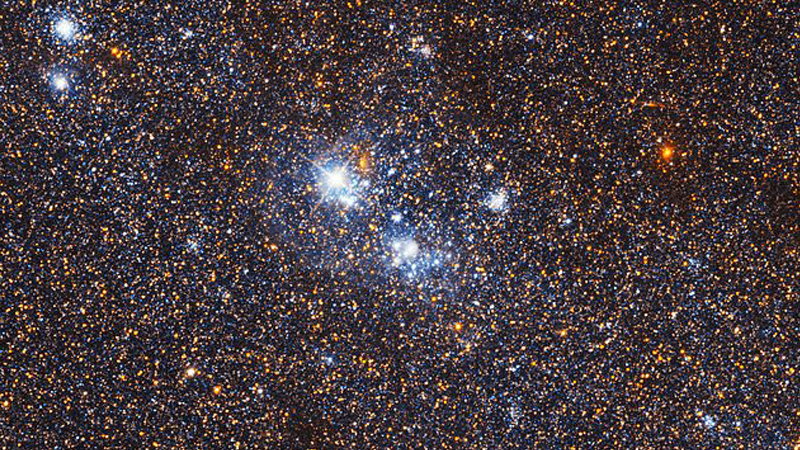 The most detailed image yet of a 40 billion star neighbouring galaxy has been captured by the Hubble Space Telescope.

The Triangulum Galaxy, located three million light years away from the Milky Way, is one of the most distant objects visible to the naked eye.

Under dark-sky conditions, it appears as a faint, blurry object in the constellation of Triangulum (the Triangle) and is a target for amateur astronomers.

But in a new 665-million pixel image taken by the Nasa/European Space Agency (ESA) Hubble Space Telescope, the spiral galaxy’s billions of stars are brightly showcased.

The spectacular vista is in fact a giant mosaic, formed from 54 separate images created by Hubble’s Advanced Camera for Surveys.

As the second-largest image ever released by Hubble, it encompasses the central region of the galaxy and its inner spiral arms.

Millions of stars, hundreds of star clusters and bright nebulae are visible.

Triangulum, also known as Messier 33 or NGC 598, is part of the Local Group – a collection of more than 50 galaxies, including the Milky Way, that are bound together by gravity.

According to the ESA, it is the group’s third-largest galaxy, but also its smallest spiral galaxy.

By comparison, the spiral Milky Way is about 100,000 light years in diameter.

The remaining members of the Local Group are dwarf galaxies, each orbiting one of the three larger ones.