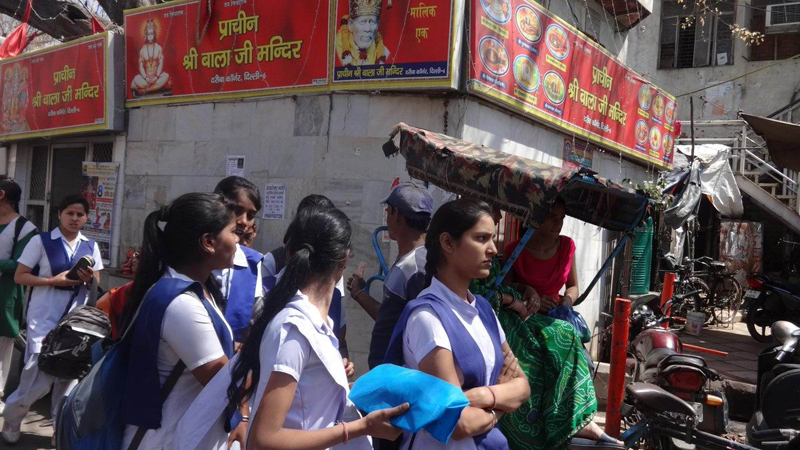 Pakistan currently has the largest population of young people ever recorded in its history. It is currently one of the youngest countries in the world and the second youngest in the South Asian region after Afghanistan, the total population 64 percent is below the age of 30 and 29 percent is between the ages of 15-29 years. According to the United Nations Development Programme’s statistics in the report analysis shows from the perspective of its youth, there is a dire need to improve human development outcomes by empowering young people, addressing the root causes of the obstacles they face and by proposing innovative ways to overcome these challenges.

The report also suggested Pakistan needed to create 4.5 million new jobs over the next five years and enrol millions of its out of school children in coming years to properly utilise 64 percent of the youth bulge that provides a unique opportunity for its economy to grow faster and sustainably.

The high number of young people is the face of today’s Pakistan. This new generation is also at the centre of an unresolved ideological struggle about what sort of country Pakistan should be. With an extremely low literacy rate and bleak job opportunities, the future prospects of the young generation are uncertain and dark.

With little or no education, as well as the lack of economic opportunities, they have not much to look forward to. Few are hopeful of getting jobs. The continuing downslide of the economy indicates that things are not getting better. Pakistan’s population has doubled over the past few decades.

The 2017 population census has shown that Pakistan has moved up the ladder, becoming the fifth most populous nation only behind India, China, the United States and Indonesia. With a staggering growth rate of 2.4 percent per annum, the country’s population is around 207 million. That marks an increase of more than 57 percent since the last population census in 1998 and is higher than what had been projected.

Despite the gravity of the situation, the issue has hardly figured in the national discourse. The Pakistan Tehreek-i-Insaf government that says it is committed to human development appears to have completely ignored the challenge that presents the biggest threat to political stability and national security. Human development is not possible without dealing with the problem of high population growth.

High level of population growth is unsustainable and has already eaten into the modest gains made in terms of socio-economic development. It will exacerbate food security and threaten the country’s sustainable development prospects.

Regarding legislation, it is recommended that Family Planning & Reproductive Health Rights Bill should be introduced which will ensure mandatory services by all general health care facilities in public and private sector.

Right to promotive and primary health care for mother and child be made mandatory as the right to education given in Article 25-A of the Constitution.

It is further recommended that a national narrative to be developed in consultation with provinces and other stakeholders to create a sense of urgency and necessity of reducing population growth rate and achieving socio-economic wellbeing of the nation.

Pakistan has made a commitment at the London Summit on Family Planning in 2012 to achieve universal access to reproductive health and to increase Contraceptive Prevalence Rate from 35 percent to 55 percent by 2020. Post-London Summit on Family Planning in 2012, the government of Pakistan laid special emphasis on provision of health quality family planning services, especially in rural areas. Several initiatives began across all four provinces of Pakistan to supplement the family planning uptake with counselling services, capacity building of pharmacists and healthcare providers, sensitising prominent religious scholars of the country regarding permissibility of family planning in Islam.

According to the latest Pakistan Demographic & Health Survey, contraceptive prevalence rate has dropped from 35 percent in 2012-2013 to 34 percent in 2017-18, irrespective of marked increase in donor funding and provincial budgets. Pakistan, as it seems, will be failed in achieving 50 percent contraceptive prevalence rate. Pakistan is now in dire need of an accelerated programme with systemic approach towards sustainability of donor funded programmes.

I believe the future of family planning lies in innovative approaches blended with new technologies in health systems to bring major reforms in the country such as Mashal, which is a youth led organisation which focuses on women and young people to help them be aware of their rights. Laraib Abid is the founding director of the organisation and represented Pakistan as a Young Family Planning Advocate on so many forums at international level.

Most recently, Mashal launched a mobile application Bridge the GAP (Giving Access to Planning). The main goal is to bridge the gap between SRH service providers and marginalised communities by linking them through cost effective and user-friendly mobile apps with detailed guidance on contraceptives for men and women, responsible for providing authentic literature and for locating SRH services citywide.

Pakistan has an advantage today that was unavailable to other countries in the past: vast technological advancements in communication technology – especially software-based learning applications, mobile health through electronic devices and electronic commerce – that have revolutionised the education, healthcare and business sectors. By tapping effectively into this technology, we can make up for lost time.

The writer is a freelance journalist and is associated with the development sector. He can be reached at mqesar@gmail.com and Tweets at @mqesar