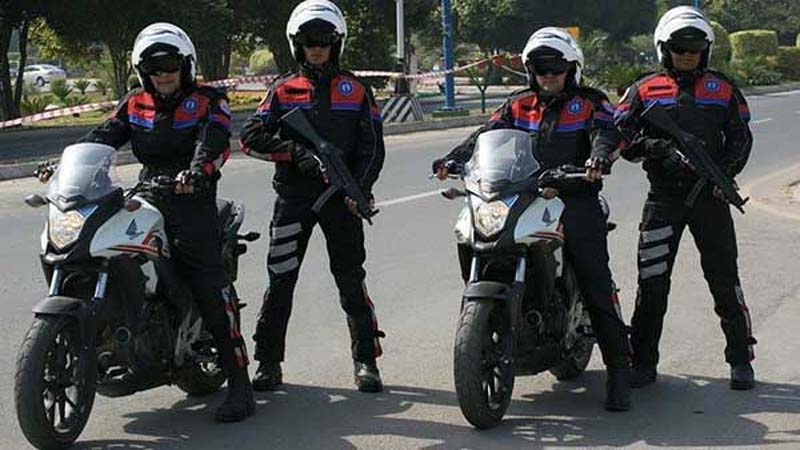 Dolphin Squad arrested 103 street criminals, 2,526 other criminals involved in different heinous crime as well as a number of dacoits, thieves of 113 gangs and recovered cash, gold ornaments, cell phones, cars, bikes, other valuables, drugs as well as illegal weapons from them across the city during 2018.

It was learnt through the reliable police sources that criminal’s gangs working in the outskirts of the city collaborate with each other and target the posh and urban localities of Lahore on daily basis.

SP Dolphin Squad Bilal Zafar said that Dolphin Force responded 15 police emergency call and checked at least 747910 vehicles, 1027500 bikes and 912431 suspicious people across the city during 2018. He added that  a number of criminals including robbers and dacoits while recovering cash, valuables, cell phones, bikes, cars, drugs and illegal weapons from their possession during said period.

Briefing the performance of Dolphin Force during 2018, SP Mujahid said that Dolphin Force arrested 2526 criminals during patrolling or snap checking across the city and recovered illegal weapons, drugs and other valuables from them. At least 103 culprits involved in dacoity and road robbery also arrested in different parts of the city and recovered 260 cell phones, 102 cars, 702 motorcycles, 160 cars and bikes of fake number plates, gold ornaments, clothes, ladies suit, 09 goats, 01 buffalo and others worth millions of rupees from them.

Dolphin Squad Superintendent Police Bilal Zafar said that Dolphin Force also handed over 103 missing children to their parents. He said that the force also shifted 658 people injured in road accidents to different hospitals of the city.