‘Between the Great Divide’ — highlighting miseries of a common Kashmiri 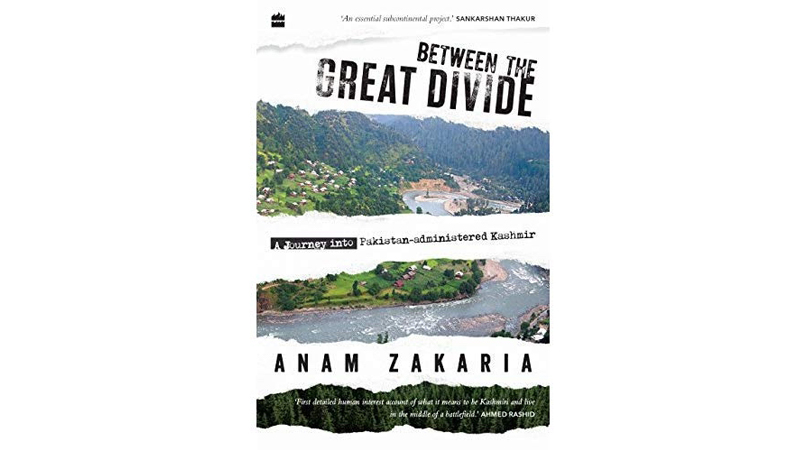 Anam Zakaria’s un-put-downable book ‘Between the Great Divide—a journey into Pakistan-administered Kashmir’ amazes one, on so many pretexts. First, what others dare not document or write about, this writer has done absolute justice with her work, of portraying the real picture of Kashmir. Second, talking to people and getting their narrative has been no mean feat, knowing too well how they have suffered in their right of self determination. Third, more importantly, what has been the trajectory of Line of Control’.

Zakaria in her work has not taken any given sides, but has been ardently objective in her views, as she questions people who have been on the pedestal of a questionable suffering in the valley of Kashmir.

The battle for supremacy that rages between India and Pakistan in the valley, either this side or that side surely has left the common Kashmiri suffering greatly. Yes, plebiscite should be held, which was once promised to them in 1947. But what they really want in terms of freedom, should also be rightly addressed.

Zakaria has picked up, pieces of a tale and woven them in real Kashmiri threadwork to highlight the plight of common Kashmiri — the natives of the region. How have they suffered and why — for so long?

Zakaria has picked up, pieces of a tale and woven them in real Kashmiri threadwork to highlight the plight of common Kashmiri – the natives of the region. How have he suffered and why – for so long?

She thinks that the narrative speaks louder than words for her own end, and in continuing her thought-process she conducted interviews of the masses, allowing them full freedom to narrate their tale.

This service of hers better be addressed. In truer terms, it must not provoke hatred towards the ‘other’ rather a fair play where this issue of Kashmir and Kashmiris be addressed in major channels, so that the violence in the area, must come to an end, and war lingering thought, between the two countries India and Pakistan, should finally stop.

With the loss of a human life, humanity suffers, and Zakaria is finding out with her work ways and means of allowing the discourse to continue via dialogue leading to better understanding of the problem and in trying to end this crisis, allowing the reader to see how and where justice should ply.

Her narrator, the common Kashmiri— men and women primarily have shared words of wisdom via long detailed interviews conducted by Zakaria and shared interaction has made this book a better read of our times.

This book is a must-read for practioners of Track 1 and Track 2 Diplomacy, to try and understand what the experiences are of the Kashmiri people and how are they coping with their daily lives. Let truth and justice prevail far and wide— seems to be the hallmark of this book.