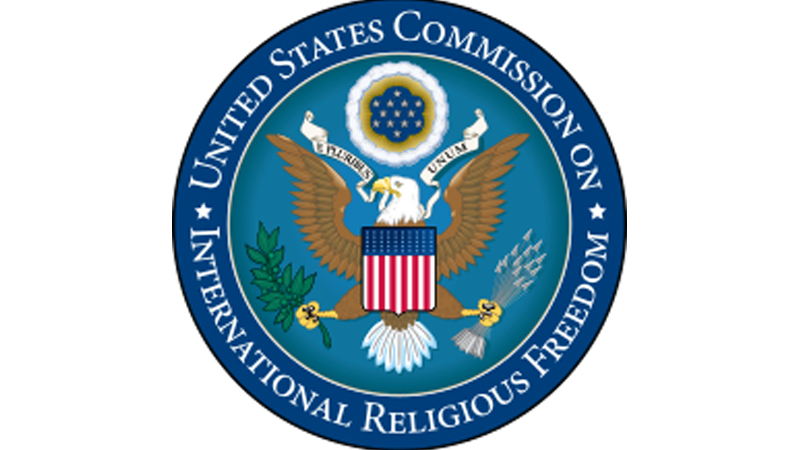 Pakistan was recently designated as a “Country of particular concern,” under the International Religious Freedom Act (IRFA). This designation was made in the 2018 annual report of the United States Commission on International Religious Freedom (USCIRF). The report has labelled Pakistan as “a country that does not tolerate religious diversity, and gives a narrow space to minorities to practice and live a life of their own liking”. The blasphemy law is blamed for being used to either extract personal benefits or mint political millage. From foreign policy and education curriculum to media’s approach, each of these has been condemned for promoting religious bigotry, prejudice and bias.

The 2017 census has been flagged to deliberately fudge the population of the minorities, with the only motive to keep their parliamentary representation to 10 per cent. The country’s courts are blamed for acquitting terrorists because of flawed police investigations. Last but not the least, the electoral and moral support the state has been giving to the likes of Khadim Hussain Rizvi and Hafiz Saeed is used as an example to argue that Pakistan has been using ‘religion’ as a policy tool to promote disharmony home and abroad.

Interestingly, the same report has underscored Pakistan’s effort in fighting extremism by lauding Operation Zerb-e-Azb, the National Action Plan, security provided to minorities during their festivals, decrease in target killing of Shias in Karachi, government facilitated religious conferences to promote interfaith harmony and the surrender of Ehsanullah Ehsan among other factors. The report has also praised the Supreme Court of Pakistan’s order to release Aasiya Bibi, accused of blasphemy, due to lack of credible evidence, government’s effort to regulate madrassas and their curriculum under the National Security Policy 2014, and the statement of the Chief of Army Staff, General Qamar Jawad Bajwa, to persuade the government to recognize the link between the growth of unregulated madrassas and spread of extremism in society.

However, by not recognizing the scale tipping in favour of Pakistan, the US has once again displayed its hypocrisy when it comes to its policy on Pakistan. Even if the US had found it difficult to muster courage to acknowledge Pakistan’s efforts in bringing down religious bigotry, the least that it could have done was leaving the country in the “Watch List”. Had an honest analysis been done, it would have painted Pakistan as a country successfully rehabilitating the condition of its minorities. Unlike India, Pakistan had never stopped the United States Commission on International Religious Freedom (USCIRF) team from visiting Pakistan, for the simple reason that it had nothing to hide. India has denied visas to the USCIRF on three different occasions–in 2001, 2009, and 2016.

In a complete paradox, the USCIRF has designated India as a Tier 2 country, which means that the Indian government engages and tolerates religious violation. As per the report, the Hindu-nationalist groups want to “Saffronize” India through violence, intimidation, and harassment of non-Hindus and Hindu Dalits. Going further, the report states that approximately one-third of the states in India have enforced anti-conversion and/or anti-cow slaughter laws against non-Hindus. Muslims engaged in dairy, leather or beef trade have been attacked by violent mobs. Non-Hindus are being forced to convert under the “ghar wapsi” (homecoming) ideology. The international non-governmental organizations working for the rights of minorities have been treated discriminately and denied registration.

Despite Indian government statistics indicating sharp increase in communal violence in the last two years, the Modi Administration has not addressed the problem. Justice has come slowly to the victims of past incidents of communal violence. Talking about curriculum, the report says that “the RSS and other Hindutva extremists groups have expanded the scope and size of the religious schools–which teach their intolerant ideology-in their Vidya Bharti system to nearly four million students, and have distributed their own books in public schools.” The youth wings of these groups have been using violence to silence their secular and non-Hindu classmates. The Indian media has been using words like “love-Jihad” that has incited private citizens to carry out some horrific attacks, especially against Muslims.

In December 2017, Shambhu Lal Regar’s video went viral showing him hacking to death and then burning the corpse of Afrazul Khan, a Muslim day labourer. Regar warned Muslims of a similar fate, unless they stopped converting Hindu women to Islam. The UNSCIR report sums up showing the flawed prosecution system of India because of which accountability of those involved in the killings of minorities has become impossible. Last but not the least, the incitement to communal violence has been identified the handiwork of the leaders and politicians who use inflammatory language against minorities.

The entire report about India is inked in negative, but the US found it impossible to honestly interpret the dismal conditions of the minorities in India because of its market size and strategic importance in containing China in the region. Interestingly, it is not only the USCIRF report that condemns India for having worn the false cloak of secularism. Almost every organization working on human rights has reported similar facts. In 2018, the New York based Human Rights Watch has stopped using laudatory language about India’s “strong civil society, vigorous media and an independent judiciary”. The international human rights watchdog has shown serious concerns in its latest annual report about “vigilante violence” aimed at religious minorities, marginalised communities and critics of the government in India.

The Congressional Research Service report titled, “India: Religious Freedom Issues” dated August 30, 2018, has blamed the ruling BJP for carrying out this vigilante justice. According to the London based Amnesty International’s annual world report for 2017-18, India has failed to respect its commitment for human rights before the United Nations Human Rights Council. The CIA in 2018 has labelled the Vishva Parishad and Bajrang Dal as “militant religious organizations.”

India’s own assessment of its electoral politics has found the Indian Muslims vastly underrepresented in the legislative assemblies of BJP-controlled states. Lok Sabha, the upper house of India’s parliament, accounts for only four per cent representation of Muslims. Moreover, according to India’s home ministry, compared to 2016, there has been a 29 per cent increase in communal deaths and a 17 per cent increase in violent incidents against minorities. The paradigm used to write the UNCIRF report smacks double standard. Apparently, it seems that countries in which the US has the least interest are either marginalized or maligned, and countries where the US interests need sheltering are uplifted, even at the cost of being hypocritical.

The US strategy of “using religion” to outcast Pakistan, as is also evident in the Financial Action Task Force assessment mechanism, is not only wrong but has outlived its utility. The US is engrossed in an imagined and implausible world of its unbeatable magnificence, but hasn’t that world been shattered more than once–the recent case being Afghanistan.

The writer is a freelance journalist based in Lahore ([email protected])