The spirit of Christmas doesn’t have to be Christian 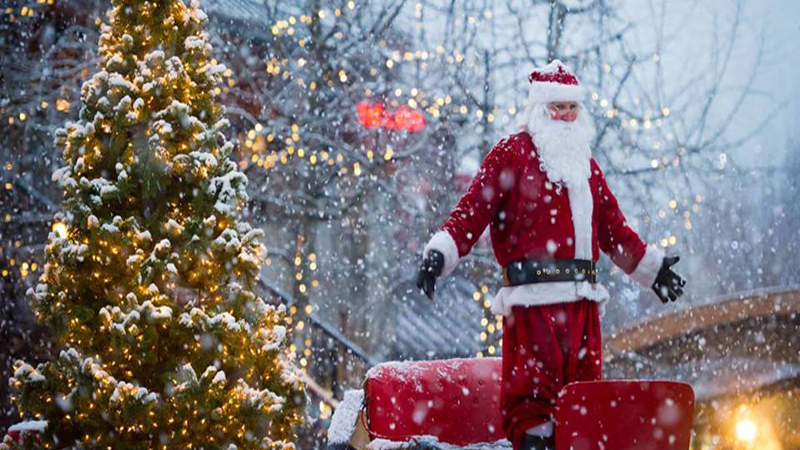 I once had a Taiwanese student who was about to spend his first Christmas in a culturally Christian country. In Taiwan, Buddhism and Taoism are the two main religions, so all Christmas meant to him was Santa and presents. I tried to explain the rudiments of the Bible story. I had never seen him laugh so much. He clearly had not yet learned the western tradition of showing sombre respect for people’s religious beliefs. But you could hardly blame him for finding the whole tale ludicrous: God sending his son to die for the sins of humanity, a virgin birth, magi following a star, angels appearing to shepherds. Even those too polite to laugh out loud would surely have an inward chuckle at the credulity of their fellow humans.

Had you been on the receiving end of this derision, however, you might have protested that it was deeply unfair. After all, how many practising Christians believe that the nativity is literal history, or that Mary really was impregnated by the Holy Spirit? But how do we take Christmas seriously if we don’t take it literally? How do we stop it becoming just a childish fairytale, something to provide themes for Christmas cards and carol concerts?

The answer might be found a few hundred miles from my sniggering student’s homeland. A few years ago, I visited Japan and went to several Shint? shrines. There people practise rituals that are at least as baffling to outsiders as Christmas is to Taiwanese teenagers. Visitors first bow when they enter through the torii gate, which marks the entrance into sacred space. At the temizuya water pavilion, they perform the misogi purification ritual, scooping up a single ladle of water and pouring it over first their left hand, then their right. They then rinse out their mouths without touching the ladle with their lips before tipping any remaining water away. Only then can they greet the kami (spirit) who dwells at the shrine.

They do this first by making an offering of coins, then ringing a bell. They then bow twice and clap their hands twice to express joy for meeting the kami. After the final clap, they keep their hands together for a moment as they contemplate feelings of gratitude before taking one last bow. But how many of the often fashionable, educated young Japanese men and women performing these rituals really think there are kami dwelling there who appreciate the reverence shown to them? Try to answer this seriously, and you soon see why it’s the wrong question.

A good place to start to solve the puzzle is with the Japanese idiom “born Shint?, die Buddhist”, often with “marry Christian” or “live Confucian” inserted between. The idiom reflects the times of life when each is more prominent. Babies are welcomed into the world with Shint? rituals; adults live by Confucian principles and are given Buddhist funerals. However, this mixing of faiths is not fundamentally sequential: rather, it is concurrent. People are routinely syncretic in matters of religion, combining elements from different traditions. This is often physically obvious. The Buddhist temple of Kiyomizu-dera and the Shint? shrine Jishu-jinja in Kyoto are contiguous, and Japanese visitors perform rituals at both.

Westerners frequently scratch their heads at this, since it would seem that these diverse faiths and philosophies (Confucianism isn’t a religion) are strictly incompatible. There is no western saying of the kind “born Catholic, live Buddhist, die Methodist” that would even make sense, unless we were talking about a serial convert. But that’s only because adherence to a religion in the west generally requires signing up to a set of precisely defined doctrines jealously protected by exclusivist monotheisms. Across east Asia there is more of a tendency to treat religion primarily as a guide to life, and not to worry too much about details of doctrine.

This ties in with a widespread assumption that reality is mysterious, and that we cannot capture it in words and concepts. Religions and rituals provide means of orienting ourselves towards that which we cannot fully understand. Hence one can adopt more than one worldview because obviously they are all imperfect, incomplete human attempts to grasp ultimate truths, and each succeeds only partially. So although some kannushi (Shint? priests) might insist on doctrinal orthodoxy, for most, kami can be understood loosely as an expression of the mystery of animated nature and the reverence we should all have for it.

Another reason religion is syncretic across east Asia is that its function is at least as much to bind people to each other as to the divine. Visiting a Shint? shrine or having a Buddhist funeral is a way of acknowledging that one comes from and belongs to a specific culture with its own traditions. In that sense it doesn’t really matter what rituals one performs, as long as they are the same as those your peers and ancestors observe.

The syncretic spirit is hard to import to the monotheistic west because for so long religion has been about competing claims to be the one true faith, often resulting in wars and schisms. But this exclusivism and literalism is being undermined on two fronts. Many theologians have been trying to argue that Christianity should be more about practice than doctrine, offering morally enriching stories not literal history. Their scholarly Greek and Latin slogans are: praxis not doxa, mythos not logos. And in the wider culture most people stopped believing in the literal truth of Bible stories decades ago, even as they continued to value Christian teachings and festivals.

Both groups have come up against the opposition of many religious believers who still maintain the importance of accepting the divinity of Christ and his resurrection as historical facts. These literalists have unlikely allies in many atheists, who find this form of dogmatic faith an easy target for their rational scepticism.

A look east could help those who value Christianity but who cannot take the Gospels as gospel. It offers a means of wholeheartedly embracing a Christian Christmas without having to believe in preposterous fairytales. That could mean seeing it as a way to acknowledge your belonging to a culture and tradition that has been celebrating the festival for centuries without necessarily going along with absolutely everything that entails; to share in a collective celebration when the sharing matters more than exactly what is being shared. It might also be a symbolic way of acknowledging, in the midst of winter’s darkness, that every newborn child is an expression of a faith in a brighter future to come.

If that is what Christmas comes to mean, then the west too could develop its own syncretism, in which one could be a pagan at solstice, a Christian at Christmas and an atheist on New Year’s Eve.

Julian Baggini is a writer and philosopher. His latest book is How the World Thinks (Granta)