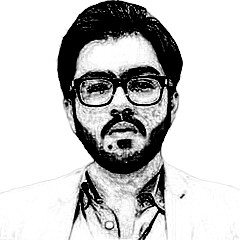 ‘Naya Pakistan or a Nayi Soch’

If we don’t take action today, it is hard to even imagine how many more lives will be wasted

Post 2018 elections, a new government was formed with what was described a whole new identity. These elections put an end to the tried and tested regimes of the past decade of the mighty lion and the ferocious arrow. A new king was crowned with the responsibility of reigning over one of the largest Muslim nations of the world. A brand new sun rose, tempting and intriguing “hope” with a new nickname, that being “A Naya Pakistan.” Little did the sun know that it was yet again rising above a “confused nation”, with its people blindfolded within a culture that restricts with concrete barriers knowledge, wisdom and, most importantly, vision.

The new government deserves immense applause for the rapid and hands-on development it has kick-started in such little time, and it should be noted beforehand that this article is not another political, biased and a government-bashing one. For within all this success of the new government and chants of a Naya Pakistan arousing the youth’s passion we have failed our future generations by freezing our vision in the 19th century. Having said that, it is not the government that is to be blamed for the laid-back mindset of society; instead, it is all of us. While our society has engrossed itself in the sacred games known as politics, and for the characters that play the game so religiously, I request an answer to my query: Which citizens do you strive to represent as we as a nation cannot simply even acknowledge that mental health is a taboo here?

Whether it be a cricket fan pining over Pakistan’s loss, relating it to how much a batsman scored, or a parent anxiously competing in society in regard to how much their children scored on an exam, it has always been about numbers in our society, thus giving me the right opportunity to throw in some huge statistics. According to studies and reports, approximately 50 million people in Pakistan suffer from mental illness, and approximately 400 trained psychologists are available: that is one psychologist for about 120,000 people. For a society that vigorously relies upon numbers, such statistics are bound to turn heads but still hold a chance of being null and void simply due to the fact that we as a nation do not consider mental illness as a sickness in our self-coined medical dictionary. It is incredible that even in 2018, our thinking as a nation is stuck in the last century. People challenged by mental illness are simply disregarded or shunned within the family, and are discouraged to seek consultation or open up about it. Furthermore, in extreme cases, mental illness is tagged with outrageous comments such as “log kyakaheinge” (what will people say) or “saya ho gayahai” (the person is possessed).

Recently, in 2018, some of us have started to highlight the harrowing issue of depression and anxiety prevalent in society. However, to come to such a realisation, we have had to face horrendous consequences and overcome colossal hurdles evident in the tragic death of the model Anam Tanoli in September. Once declared dead by the police after being found by her family, her death was treated as a suicide. Amidst all the controversy and headlines her death made as breaking news, it achieved the miraculous feat of putting our society’s conservative mindset towards depression and anxiety under the spotlight. Date uncertain, before her death, Tanoli shot a video of herself while wearing a shirt that had on it words  “Back off Bullies.”In the video Tanoli simply stated, “Bullying is bad. Don’t do it, OK? It’s just a coward’s way out, and it’s a pathetic way out, quite frankly.”

The new government deserves immense applause for the rapid and hands-on development it has kick-started in such little time, and it should be noted beforehand that this article is not another political, biased and a government-bashing one

Little did anyone know that it would be the last video Tanoli would ever be a part of. Unfortunately, little do we as a nation also know that Tanoli’s calm voice was a mere call for the dormant conscience that lurks behind society’s harsh and conservative nature, screaming and knocking on the door to let it out once in a while. Everyone mourned her tragic death, and yet once again everyone failed to notice tears in her eyes that perhaps had tirelessly longed to hear a few necessary words telling her: You can open up about it, Anam, we are here to listen to you and help you in any unconditional way possible.”

A few days ago, Rushaan Farrukh, a student of a private university in Lahore, reportedly committed suicide. It was said that Rushaan was suffering from depression. In her recent Facebook post, she wrote: “I cannot stress enough at this point what a huge difference a little kindness can make. You don’t even have to say you’re ‘there’ for somebody to be nice. Instead, don’t talk trash about somebody, don’t gossip unnecessarily. Before you even start to think ill of somebody, stop yourself and check your behaviour.”

I simply fail to understand how many more similar tragedies we as a society will have to see to come to the realisation that mental health is not hellfire that we tend to ridicule and fear, and neglect it to such a horrendous extent.

I went to see a psychologist. Yes, I did, and I have admitted it to the world, I have dropped the mic. I am not ashamed of the fact that I needed professional help to cope with anxiety and stress. Rather, I take pride in my simple decision during that time of feeling low, as talking about my issues with someone, pouring my heart out and listening to their fruitful advice, I prepared myself to take upon a new day with greater confidence and striving to smile honestly. Most importantly, I came to understand who I am, and learnt to love that person within me, a person that society and its pressures had kept in incarceration for so long.

For how long would we let people like Anam Tanoli or Rushaan Farrukh hide behind words boldly present on social media and clothing, words that are indirectly beseeching society to wake up, demolish the concrete wall blocking progression of the mind, and give such beautiful souls an opportunity to open up without having a thousand eyes to stare upon them for all the wrong reasons? For if we don’t take action today, it is hard to even imagine how many more lives will be wasted. Or are we as a nation now simply too accustomed to the habit of sacrificing lives to simply hide the uncomfortable reality? Unfortunately, we are a tad late in accepting the fact that mental health is a huge issue. Fortunately, not all is lost yet.

The writer is a Lahore-based high school student