‘Furnish UN’s review of human rights in Pakistan in Parliament’ 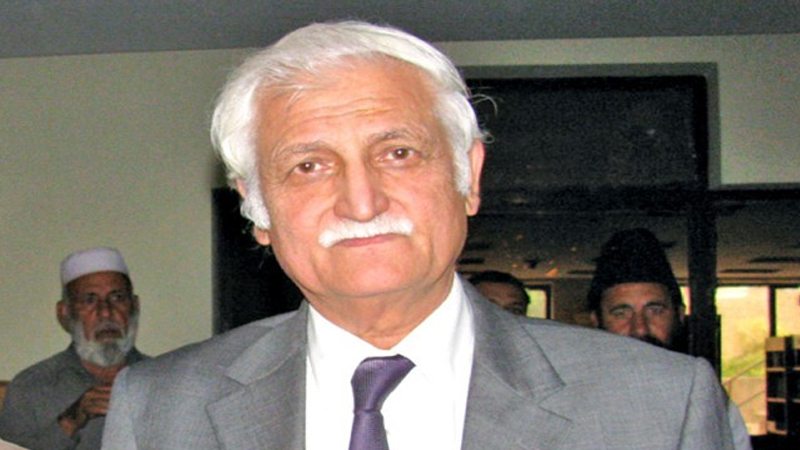 ISLAMABAD: Former Senator Farhatullah Babar on Friday called for placing before the Parliament the report of the third Universal Periodic Review (UPR) done last year, containing recommendations made by the UN and the promises made by Pakistan to improve its human rights record.

He was speaking at a discussion at the HRCP office in Islamabad on Friday. The human rights situation in the country has been progressively deteriorating because of the war on terror and the so-called national security considerations, he said, adding that conflict zones of tribal areas and Balochistan had become inaccessible, and internment centres set up in the areas had been turned into Guantanamo bay like prisons. There was no legislation in the country to protect the rights of refugees, he said. Besides, he said enforced disappearances continued with impunity despite admission recently before a Senate panel by the Chairman of Commission on Disappearances that 153 security personnel were found involved in it.

A great threat to human rights is the diminishing security of human rights defenders, who are under attack from both state and non state actors. The nature of attacks varies, he said, mentioning threats to life, limb, liberty, restrictions on movement, character assassination, surveillance, censorship etc. He said that 2018 marked the 20th anniversary of adoption by UNGA of UN Declaration on Human Rights Defenders, a move supported by Pakistan. However, in November 2015, Pakistan voted against a UNGA Resolution recognising role of human rights defenders and seeking protection for them. He also called for subjecting the internment centres to the prison rules as well as demilitarisation of the erstwhile tribal areas as it had been merged with the Khyber Pakhtunkhwa province.

Babar proposed legislation to recognise the role of human rights defenders and ensure their protection against excesses. He said a bill for the protection and security of journalists had been finalised by the Senate Committee and called for its early adoption.

State response to calls for enforcing human rights has been to use force, intimidation and coercion as witnessed in the case of reaction on the Pashtun Tahaffuz Movement, he said.