Twitter never stops when it comes to comparisons. Be it dresses, speeches, makeup, outfits or even hairstyles. Twitter is always ready to launch its surgical attack on celebrities. The ultimate weapon that every user has on the internet is making a meme based on others. Be it something someone famous wore or stated or posted online, the memes will make sure you are either highly ridiculed or never forgotten.

Twitter has been flooded with posts related to Donald Trump.  Being the US first lady puts every single detail related to her is in the spotlight. Her Ralph Lauren dress was massively targeted. 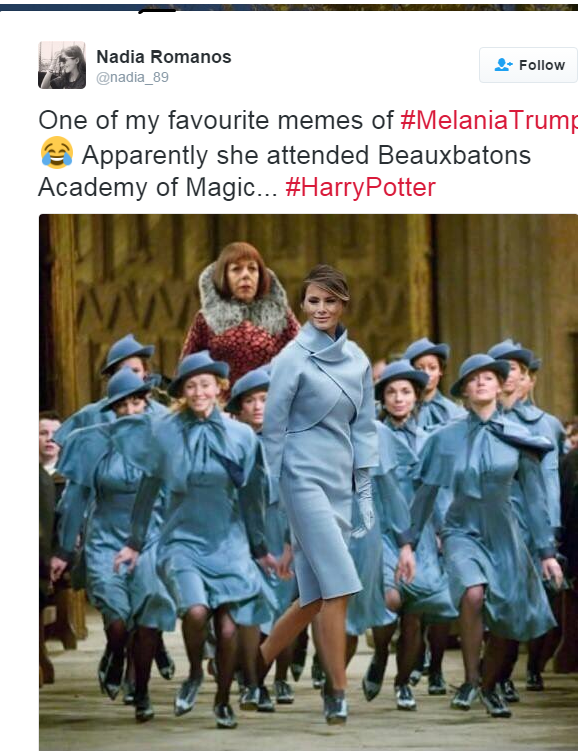 She wore her hair in a dignified updo and a sky blue dress. The entire look resembled Harry Potter series character, Fleur Delacour. The French character is a witch from Beaux batons Academy, a magical school. She was introduced in the fourth Harry Potter movie when she came to Hogwarts to compete in the Triwizard tournament.  The potter heads roared on twitter making tweets that Melania was bringing magical to power to the White House. 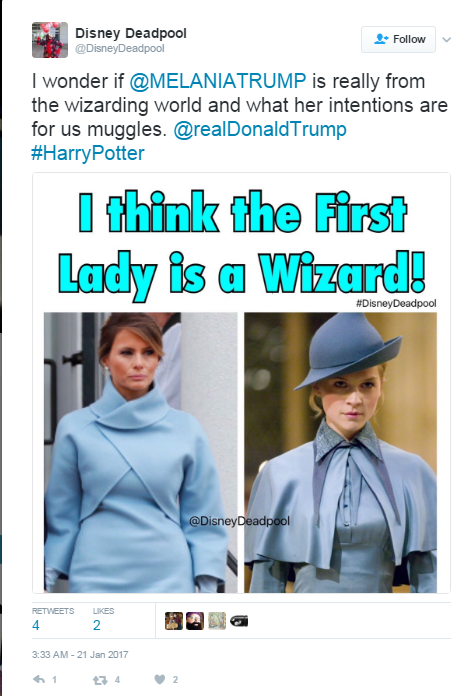 On the other hand, Hunger Games fans made a meme that compared Melania’s dress to the villainess character of President Coin in the Hunger Games series.  They captioned the picture as “Let the Hunger games begin”. 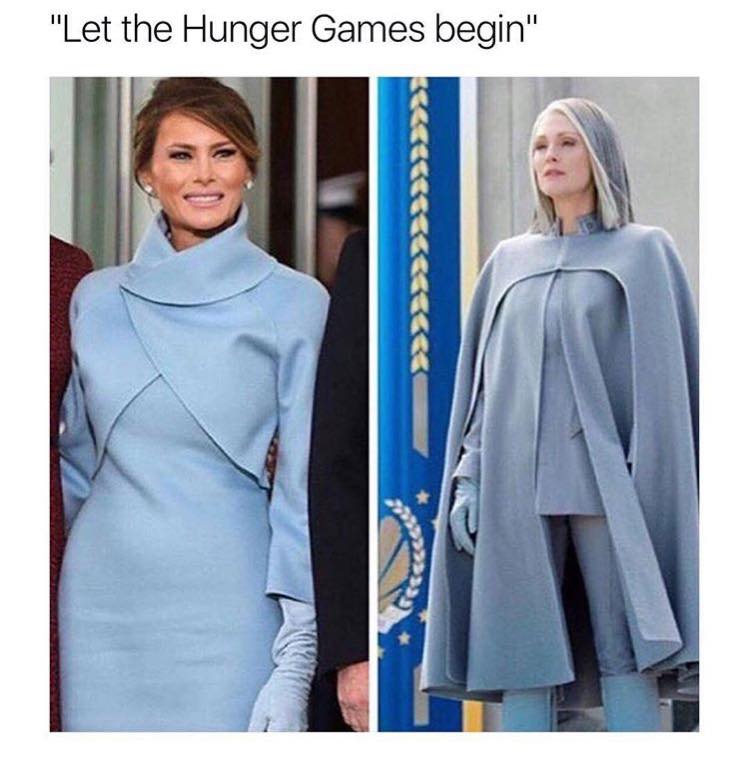