By banning Manto, we belittle ourselves 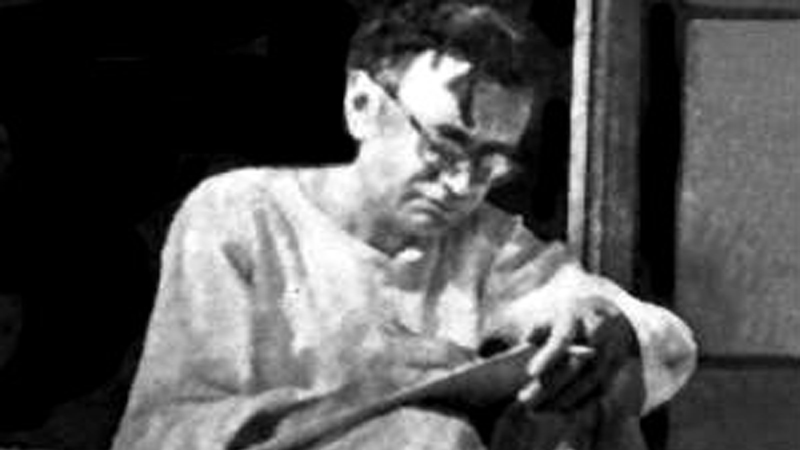 “It is not our differences that divide us. It is our inability to recognise, accept and celebrate those differences.”

The news of Manto being banned for screening in Pakistan is not shocking. It reiterates the fact that we continue to suffer from a guilt complex that refuses to go away.

What is there in Manto that we are so scared of and what part of it is not actually enacted in our midst already with monstrous consistency?

Even more importantly, what part of it deals with a narrative that is not already known to a vast majority of the people of this country, and what harm it’ll do if the remaining few were also to learn about it?

Manto has been banned because, according to the letter written by the Central Board of Film Censors, it was found “unsuitable for public exhibition for the reasons that the film has anti-partition narrative and explicit scenes which is against the norms of Pakistani society”.

While the explicit scenes can always be edited, it is the anti-partition narrative that the censor board has not been able to stomach. This is most unworthy of a censor board and the first thought that occurs is that those who are members should be “banned” and disallowed from sitting on judgment on films in the future.

Pakistan is already experiencing a shrinking space for dialogue. There is virtually nothing of substance left that can be debated in this country for fear of one or the other eventuality. Religion, military, judiciary – all this has been pushed out of the domain of a healthy dialogue.

One understands that there are individuals in the society whose aim it is to generate negativity. But, banning debate is not the way to confront this narrative. Instead, more freedom is needed to create an environment of enhanced awareness and sensitisation among people so that they could make a clear distinction between what is right and what they would construe as trash. Keeping them away from avenues which generate this awareness would be tantamount to pushing them into dark dungeons where they gain access to much worse than what they are being kept away from. That’ll provide no solution to the crisis. Instead, it would be food for further intoxication with the self-righteous narrative.

Understandably, this intolerant policy is based on the shrinking space to ensure exclusion of all ‘undesirable’ narratives. That is myopic beyond what words would be able to describe. There has never been only one narrative concerning any issue, and there never shall be. Manto may have been a controversial person in his own right, but that should not deter us from acknowledging his greatness as a writer in addressing issues which others dared not. So, if there are other writers who are accepted as great, Manto is great twice over: for the absolute creativity and originality of his writings as also for showing the courage to pick up issues which were so relevant for the society then, and which are even more so today.

We are deeply sunk into promoting a self-righteous narrative. This has never worked in the past. As a matter of fact, as a society and as a country, we have suffered immensely for being inflexible in our flawed approach. There are countless examples that I can cite by way of proving my point, but I don’t want to cause further pain. But, then, we must be able to leave the path that only leads to incremental suffering.

Manto is the last person who should become a cause for promoting bigotry. He fought it all his life. Even today, he represents values across the fractious divide. His writings can become a vehicle to mending broken hearts together rather than causing further suffering.

Let as many narratives flow as there may be. Suffocating some which are not to our exclusive liking is not going to make them disappear. They will keep coming back with added force, even with a tinge of venom. Addressing them and finding our peace with them is the way to deal with what we may not agree with.

Let us not damage ourselves any further. We have done enough of that. Let’s not shrink the space for dialogue any further. Let’s expand it so that all that is contentious could be debated to move on. This will not damage our beliefs, our polity, or anything else that we hold dear, even sacred. This will only make us realise that we live in a divergent world which may go by things we do not, which may practice customs we do not, and which may adhere to beliefs we do not. They may even look different than we do and approach life in a way we do not. That should be no cause for shunning them out of our life. Instead, that should be a cause for espousing them, and learning from them. Diversity should be our strength also.

The thing we are doing to Manto applies to so much else that we keep trying to do: that we are the righteous, and only we matter. That is a perfect recipe for unmitigated disaster. We need to grow out of that syndrome and start looking at things by way of experiencing them and learning from them.

The world is much larger than we can fathom and there are people inhabiting it who may not live by our standards. But, they live, too, and they have accomplished much more than we may have. That is because we have quarantined ourselves by dubbing them with various names which are not very pleasant. We need to get out of that mindset and grow to become vibrant members of an international community that thinks in a millions different ways. We don’t have to agree with all of that, even some of that, but we cannot and should not try to banish all that out of our life.

Let Manto play in this country. Let people watch it and learn from it, even learn about another narrative of partition which is not our narrative. This would be a lesson for them to become more aware and more tolerant of what a person who was a Pakistani, died as a Pakistani, and who is published and read in this country, and internationally, stood for. Some of that may be debatable. So, let this debate flow and become an instrument of learning and tolerance.

Let’s not shirk a film made on a great writer and a wonderful human being. Let it not become a hostage in the hands of a few who are meant to promote a self-righteous diktat only. If we do, we’ll only belittle ourselves.