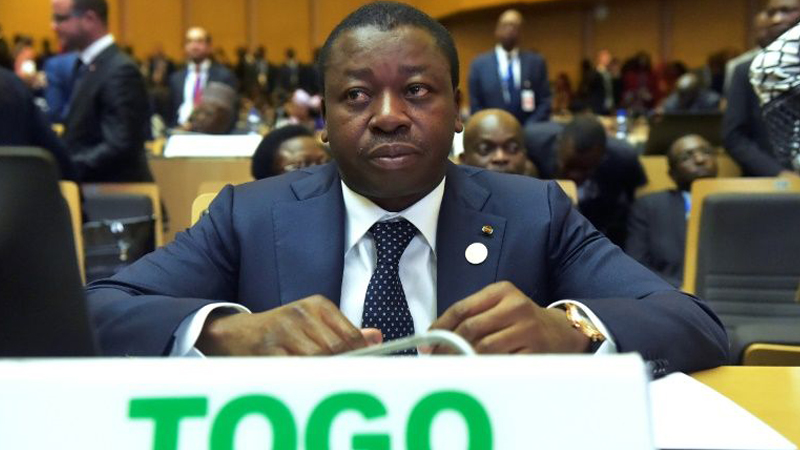 International observers on Thursday raised concerns about violence in Togo before elections later this month, which the government has said will go ahead despite the unrest and an opposition boycott.

The tiny west African country has seen a wave of opposition protests since last year calling for a limit to the number of presidential terms and a two-round voting system.

Protestors have also called for the resignation of President Faure Gnassingbe, who has been in power since 2005 after taking over from his father, Gnassingbe Eyadema. On Thursday, the UN, European Union and the embassies of the United States, France and Germany said they were following the situation in Togo “with concern”.

In a joint statement they said they “regret the deaths and violence” and “await the results of the investigations announced by the government” following the last protests.

“They underline the need to preserve a climate of peace and avoid all forms of violence,” they added. Amnesty International voiced similar concerns and said the authorities “continue to fuel the violence by deploying military officers carrying firearms to protest sites”.

On Wednesday evening, Togo’s government said the election was going ahead as planned.

“The electoral process is irreversible and the ballot will be held on December 20, 2018,” said the Minister of Civil Service Gilbert Bawara in an interview.

The coalition of 14 opposition parties has said it will not take part, citing irregularities in preparations and calling for an overhaul of the electoral commission.

It called for 10 days of protest in the run-up to the vote, but the government banned the action on security grounds.

But he denounced “certain political leaders” who openly “incite (the population) to attacks and attacks on police.

“No government can accept that a political party or group of parties seeks to block the country and create disorder and chaos,” he added. Talks between the opposition and the government for a way out of the crisis are stalled, but Bawara said there was “no prospect” of regional bloc ECOWAS meeting to discuss Togo.

Rumours of an extraordinary summit were “a vast manipulation of spirits, misinformation and intoxication”, he added.

On the elections, he said ECOWAS states were closely monitoring the process.

“The observation missions will be deployed in the field this week,” he added.