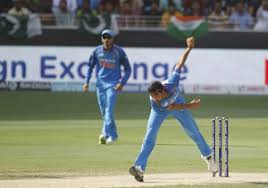 COLOMBO: Indian U23 on Thursday beat Pakistan U23 by seven wicket in the semi final of ACC Emerging Teams Asia Cup in Colombo, Sri Lanka and fix the spot in the final of the tournament.

After winning the toss India U 23 opted to bowl first and restricted Pakistan to 172 runs. In reply to 173-run target India chased the target with seven wickets in hand.

A 126-run partnership between Himmat Singh (59*) and Nitish Rana (60*) helped India to a seven-wicket win over Pakistan and seal a spot in the final of the ACC Emerging Teams Asia Cup in Colombo.

Pakistani skipper Mohammad Rizwan top-scored with 67, while Saud Shakeel contributed 62 runs. Opener Zeeshan Malik managed 17 runs. None of the others in the lineup could reach double digits.

Pakistan started the tournament on a high, thrashing Hong Kong by 225-runs in their opening match of the tournament. The men in green then defeated United Arab Emirates (UAE) by nine wickets, but Bangladesh defeated Pakistan on Sunday by 84 runs in their Pool B match to set-up a semi-final clash with subcontinent rivals in Sri Lanka.

India, who were placed in Group A, defeated Afghanistan by 84 runs in their opening match and capped the group round with a six-wicket victory over Oman and a four-wicket win over Sri Lanka.

In the other semi-final, Bangladesh are playing Sri Lanka at the R Premadasa Stadium.

A total of eight teams: Sri Lanka, Afghanistan, India, Oman, Pakistan, Bangladesh, Hong Kong and UAE are participating in the tournament, which kicked off on December 6.

The final will be played in Colombo, Sri Lanka on December 15.