Practice regarding culture, health and society in Nankana Sahib 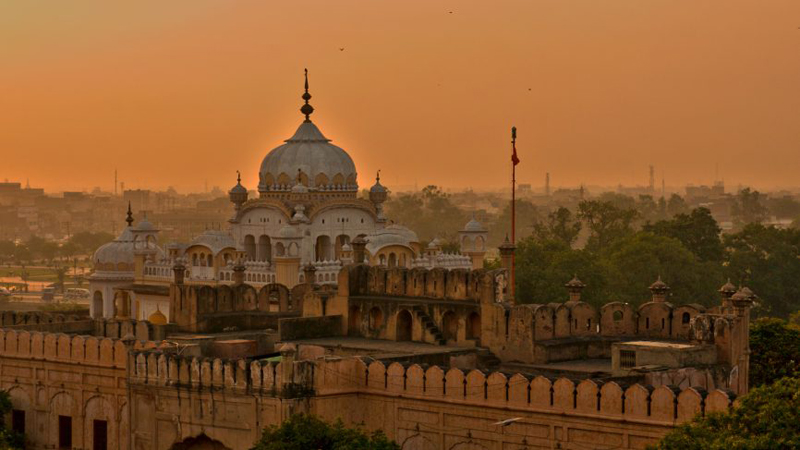 Nankana Sahib the city of great Guru Nanak is located in Punjab, Pakistan. This city is named after the first ever Guru of Sikhism Guru Nanak who was born here and started preaching Sikhism. Today this city has its own value in culture and history also. It is a place of great pilgrimage for Sikh from all over the world. Both communities live in peace and brotherhood, helping each other in daily routine.

Culture life style and behavior as it is known that Sikhism is the 5th largest religion in the world and Sikh is very bound to their religion. Their population is about 27 million. They usually use Gurumukhi in Punjabi script. Certainly, they are both vegatrian and non-vegetarian. They also enjoy Sag Roti and also supposed to use alcohol and tobacco as their routine. Although alcoholism is strictly prohibited in Sikhs. Their belief and faith are based on these five symbols, which have to wear every Sikh. It represents their honesty, equality, loyalty, obedience, contemplates and simplicity. These symbols are: Kesh, Wooden Comb, Kachera, Kara and Kirpan.

They go to Gurdwara early morning and learn their Holy book “Grantham Sahib” in Gurumukhi .Their culture also describes the celebrations of the wedding, where all customs and rituals are followed as set by their ancestors. Recently, Anand Karaj marriage bill was passed by the Indian government in 2018. Wedding cost is equally divided in both parties. They do not believe on caste system and status. Dowry is strictly prohibited in their religion. Along with arranging marriages, boys and girls are permitted to express their likings.

They are not superstitions in fixing the date for marriage. All Sikhs apply Singh as their last name. So they use their given name proceeded by Singh if they are male. If as a female she’ll as Kaur. Male usually grow hair, wear a turban, shalwar,kames and lunge.

Vaisakhi is religious and historical festival celebrated on 13 April, on this event gurdwara is well decorated, Sikh from all over the world visits, occasional bath are taken in the server (sacred rivers) before going into local temples. People enjoy together this event with family and friends and share festival foods. These celebrations stayed for 3 days. There are eight gurdwara in nankana sahib. Their names are based on the history and lifestyle of Nanak.

The positive health habit that strikes all around them is their hygiene practice. Sikh people tend to wake up early and have proper bath and wash and then start the day with proper meal. The routine in their culture is where helpful in elevating their spiritual beliefs it also helps them in keeping them healthy , sharp and tidy for their daily task.

The other health practice of Sikh community is that Sikhs are also strong believers spiritually, they believe on praying and helping and attending spiritual session in time of sickness, this made them to overcome psychologically aspects of health especially depression and some of the mental illness.

The negative health practice is that Sikhs are mostly vegetarians this is because they do not believe on eating meat that a slaughtered in name of religion. This practice leads to some nutritional deficiencies in them especially iron, folic acid and some vitamins.

The other negative health practice that creates problems is their religious beliefs of wearing turbans and underwear and other thing, their health providers may have problem in proper provision of health. They require some time absolute religious permission before removing these things. For a health care procedures also growing long hair despite regular bathing make them vulnerable to parasitic infestation. Their beliefs regarding to illness creates great difficulty in providing health care.

During a visit to the community, some practices were Observed, which could be resolved by using health belief model. Application of model is very suitable for the Sikh community; here is the explanation of this model according to health perspectives.

That pure drinking water was not available; many people were suffering from hepatitis B. Uncovered drainage system at most places leads to many diseases. Their habit of alcoholism may lead to ailments, it may damage their liver, can lead to bad social behavior.

Use of cover food, washing hands before eating, boil and cool the water before drinking, it will cost nothing but will give them long-term health benefits. Skipping alcohol will leave good effects on their health perceives.

A skit was preformed to convey our message that how these small steps like using boil water, skipping alcohol and smoking, proper hygienic, toilet habits, daily walk, and exercises can be beneficial for their overall healthy lifestyle.

They were motivated them for the batter and healthy lifetyle by showing them the difference between the life of alcoholic and non-alcoholic. Some examples were given from different communities, and provided them pamphlets and leaflets about their concerned health issues. So, that they keep following and acting upon our advices long term for better health.

The writers are BS Students from University of Lahore.