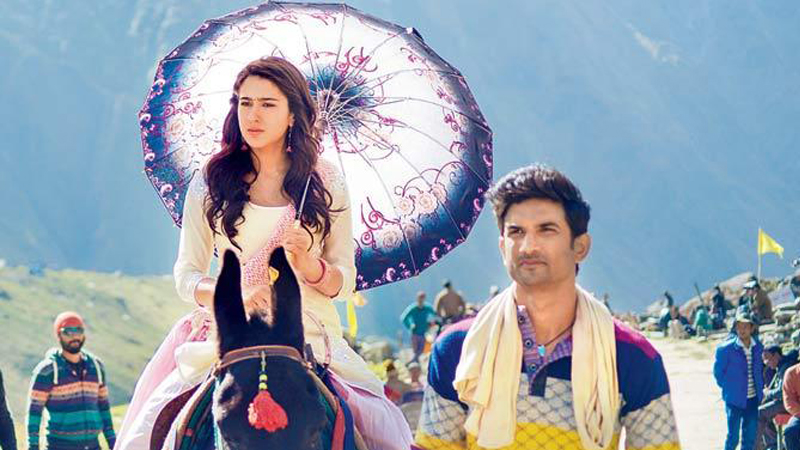 Finally, ‘Kedarnath’ is out in the cinemas and the film is not less than a disappointment. People had many expectations from this movie as it was based on the real life tragedy of the Kedarnath floods back in 2013, in which over 4000 people went missing. The writers had a decent story to tell yet the creators failed to make the best out of it.

Kedarnath stars Sushant Singh Rajput, Sara Ali Khan, Alka Amin, Nishant Dahiya, Pooja Gor and is directed by Abhishek Kapoor and produced by Ronnie Screwvala. The movie is set on the 14-kilometre pilgrimage from Gauri Kund to Kedarnath, the 2000-year-old holy temple of Indian god Lord Shiva. It is a love story of a Muslim boy and a Hindu girl, separated by class barriers.

The music of the film had no great vibe as well as the direction was below par. Dialogues of the film were also below standard and unnecessary plot twists were added, which made the movie even worse. As mentioned above, the movie could have been much better if it was directed in a different way.

Locations seemed to be very attractive but the VFX disappointed big time. Sushant Singh Rajput and Sara Ali Khan were the only positives in the film. Sushant looked decent in his role while Sara was simply outstanding in her debut film. The young Sara has made statement that she is here to stay in the industry. The supporting cast did not disappoint as well.

Over the entire movie is not something which will make you empathise with the characters, in fact it becomes very predictive and boring at times. Abhishek Kapoor had a chance to make a good film, but he was not able to execute a decent written story. An opportunity definitely lost. We will go with a 2 star rating out of 5.