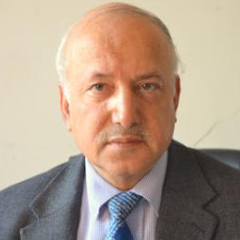 While there is no need to get obsessed with how terms are used in Pakistan, anyone who plans to write for an English-speaking audience or travel abroad, should know these differences

In Pakistan and India the English language is used differently from those whose first language is English. This is a common phenomenon observed all over the world. In Singapore, Malaysia, Africa and other places there are different ways of using the English language. The pronunciation and use of words is different though competent users of the language use the same grammatical rules as native speakers. Thus there are many non-native varieties of English, and Pakistani and Indian Englishes (note that this is a plural), fall in this category.

In our variety of English the words professor, lecturer, teacher, academic, faculty, academician and instructor are often used loosely and their meaning is different from that which we find in British standard usage. In the English-speaking countries the word academic is used for those who are on the faculty of a university. They may be lecturers, senior lecturers (assistant professors), readers (associate professors) or professors. According to this usage the rank of professor is the highest rank among academics. But in north America the term professor is used for assistant professors and above. In German-speaking countries the rank of professor is given after very stringent tests (two doctorates) and is not used for other faculty members of the university. In Pakistan and India, however, professor is used very loosely. Thus, I have sometimes seen the order: ‘Professor XYZ is promoted to the rank of Assistant Professor’.

This Mr XYZ was obviously a lecturer and has now been promoted to the next rank but as he was called professor his promotion is described in such ludicrous terms. In Britain the most commonly used collective name for people teaching and doing research in universities is academics. However, lecturers, faculty and university teachers are other terms which are used. Just the term ‘teacher’ is used mostly for school teachers only. In South Asia, however, from school to college to university the term teachers is used for everybody who is on the faculty.

About fifty years ago I remember vividly that there were three terms which were used: teacher lecturer and professor. I was told that teachers were in schools, lecturers in colleges and professors in universities. I was also told that instructors were people who taught practical subjects such as physical training, army drill and weapons training. That was the term used for all those who taught anything in the armed forces of Pakistan. Thus, even people who taught English, history and mathematics at the bachelor’s level in the military academies were all classified as instructors (categories c, b and a). In contemporary Pakistani universities, however, even the written rules of universities use the term ‘teachers’ for all members of the faculty. The term academic is virtually unknown in our universities. Also, the term professorate is unheard of.

While the term academic is not used in Pakistani universities, the press does use it to honour some distinguished academics. However, the press does not distinguish between academicians and academics either. An academician is a member of a learned academy (not the place you send your children to get good grades in examinations). There is the Russian Academy of Sciences or the royal societies of Britain. The members of these prestigious bodies are called academicians. They may be academics but this is not necessary and, above all, not all academics are members of such bodies. Thus, all faculty members of universities cannot be called academicians.

While most people would think that the difference between a professor in a university and a teacher in a school is merely the academic level of the students, this is not the view of everyone. An American who visited Germany in the nineteenth century explained the difference. This was the time when the Humboldt system had given priority to research instead of teaching in Germany. Promotion to the rank of professor was dependent on one’s mastery of one’s subject not on how well one taught it. So the American mentioned above wrote that the ‘professor is not a teacher’. While the teacher’s focus is on students, the professor’s focus is on an academic discipline. Thus the teacher is concerned with imparting knowledge to his or her students in a way which they understand.

This knowledge is not produced by the teacher. It is produced by researchers and writers but the teacher must be a master of such teaching methods as will enable him or her to impart it to students. The professor, on the other hand, concentrates on a certain academic discipline by doing new research. Thus, he or she creates new knowledge. Because of this difference in focus, teachers were not allowed to go into the classroom without being taught how to teach. However, academics were mainly supposed to do their research work (doctorates, publications etc) before entering the halls of study in their universities. That is also why there are people — sometimes famous ones — in academia who are not very good communicators. The biographies of some famous scientists and others contain anecdotes about how they could not teach well.

Professor Niels Bohr, a Nobel Prize winner in physics, is said to have been long-winded and was not a good communicator. On the other hand, Einstein was a good communicator. I have heard a lecture by Professor Jean Aitchison in Cambridge and she was so clear and such a good communicator that one marveled at her clarity and mastery of the subject. I have also heard Professor Anne Marie Schimmel who lectured with her eyes closed and in a monotone as if she was reading from a paper her closed eyes could see. But such was her erudition that the audience sat as if in a trance. Of course there are others, whom I will not name, whose writings were worth reading but who were pathetic in the classroom. They were good academics but poor teachers.

Do these labels make any real difference? In our context we understand perfectly when we use a certain term for a category. We know very well that the gentleman who advertises his academy as: ‘Sir Ahmed’s Academy of English’ is not a knight of the garter nor of the thistle. He has not been knighted by the Queen of England. Instead he has knighted himself under the impression that the term of address used by his students can also function as a title. In Pakistan and India the use of the honorifics ‘Sir’ or ‘Madam’ before a name only means that we are being polite. We consider Mister, Miss, Mrs and Ms impolite so we have started using ‘Sir’ and ‘Madam’ not only as terms of address but also as titles. Other labels do not matter so much except that some professors may not like not being given due recognition as university professors. However, this is not a serious matter.

Nor is it serious if people are elevated to the status of academicians when they are merely academics and not very distinguished one at that. More serious is the misunderstanding which may result if you do not know the term academia or academic at all. Also, if you do not know that just ‘teachers’, at least in Britain, refers to’ school teachers’, you may misunderstand a news item. I remember how Pakistani university students did not attend their lectures because they had read the news that ‘teachers were on strike’. They thought that their university professors would also be on strike. In short, while there is no need to get obsessed with how terms are used in Pakistan, anyone who plans to write for an English-speaking audience or travel abroad, should know these differences. After all we do have ‘Sir ABC’s Academy of English’ to learn them in!

The author is an occasional, freelance columnis