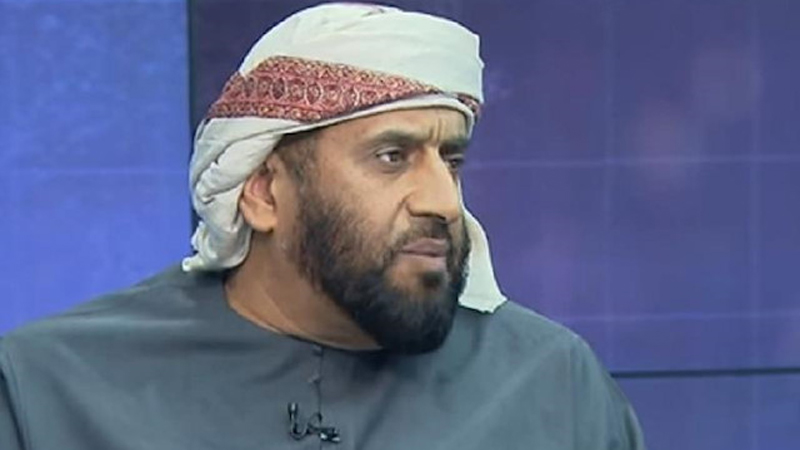 A wave of rage greater than the one witnessed during the Arab Spring is set to hit the region “very soon” unless the crown princes of Saudi Arabia and the United Arab Emirates (UAE) are stopped, warned prominent dissident UAE politician.

“UAE Crown Prince Mohammad bin Zayed is at the center of all anti-Turkey activities such as the July 15 coup attempt, downing of the [Russian] fighter jet, the Democratic Union Party (PYD) and the Fetullah Terrorist Organization (FETÖ), among others. Zayed’s deputy Hamid al-Mazroui and chief hitman Mohammad Dahlan have been specially tasked with the Khashoggi murder. Mazroui is to bin Zayed what Qahtani is to Saudi Arabia’s Crown Prince Mohammed bin Salman (MBS).”

Dahlan and Mazroui had been plotting the Khashoggi murder for four months, al-Diqqi continued.

Khashoggi, a Saudi journalist working for The Washington Post, was killed and dismembered shortly after he entered the Saudi consulate.

After weeks of saying he had left the consulate alive, the Saudi administration later admitted he was killed there, blaming his death on a group of rogue Saudi operatives.

The Istanbul prosecutor’s office has concluded there is “strong suspicion” that Saud al-Qahtani, a top aide to Saudi Arabia’s de facto ruler, and was among the planners of Khashoggi’s Oct. 2 killing at the Saudi consulate in Istanbul, the officials said.

“We will hear Mazroui’s name more often in the coming days. He was educated in Lebanon and completed his education in the Mossad-affiliated ‘Al-Sweiyfat’ camp, from which he later came to the UAE, where he was assigned as a general security responsible. He took on a leading role in carrying out shady activities related to Palestine, Syria and Iraq, among others.

“Mazroui is so deluded to even claim that Israeli attacks against Gaza are a “cleansing campaign’ against Hamas,’ telling people not to ‘be afraid.’ He is the same person who would say ‘Israeli cities are burning, may God protect the people of Israel,'” said al-Diqqi.

Saudi Arabia is the heart of the axis of evil

“Mohammad bin Salman is turning the Kingdom into ‘the world’s new center of evil.’ He aims to transform society with his NEOM project. These steps will cause a social upheaval and will result in partitioning the kingdom. The two princes are treacherous figures to their people, and despite their countries having different dynamics, they serve as cogs in the same project. The UAE has a population of 1 million and the remaining 8 million are expats. The situation in Saudi is different and the plan being carried out in UAE will result in an even bigger disaster in Saudi Arabia. Mohammad bin Salman and Mohammad bin Zayed actually hate one another; they display unity only so far as their joint mission requires. Zayed is a man held hostage by drugs and vices, and his ties to Israel go way back to the early 2000s, which makes him senior to bin Salman.”

The “Great Spring” is fast approaching

Egypt, Saudi Arabia and the UAE have now taken up the project that was attempted by the U.S. in Iraq’s notorious Abu Ghraib prison, where they “manufactured terror” and “turned individuals into terrorists,” according to al-Diqqi.

“They’re trying to create a structure similar to Daesh. The Arab world has been under a political, economic and cultural occupation for a century. The pent-up anger that exploded in 2011 and has been mismanaged could not reach its target. Now there’s an even bigger wave coming and countries such as Egypt, Saudi Arabia, UAE, Algeria, Morocco, Tunisia and Libya will experience an explosion of fury. I’m expecting a wave of disobedience much bigger than the Arab Spring of 2011 to hit the region. This will be the bookend of a century for the Arab world and it will impact the entire world,” al-Diqqi concluded.