From Jinnah’s Portrait to Allahabad and Now Taj Mahal?

Adamant, the puritan political pundits insist and intimidate of transforming Taj Mahal to Ram Mahal or Krishan Temple or to Teju, at least. The neglect of one of the seventh wonder has already commenced. Paradoxically, this is
what Taliban have been doing invoking a regional wrath 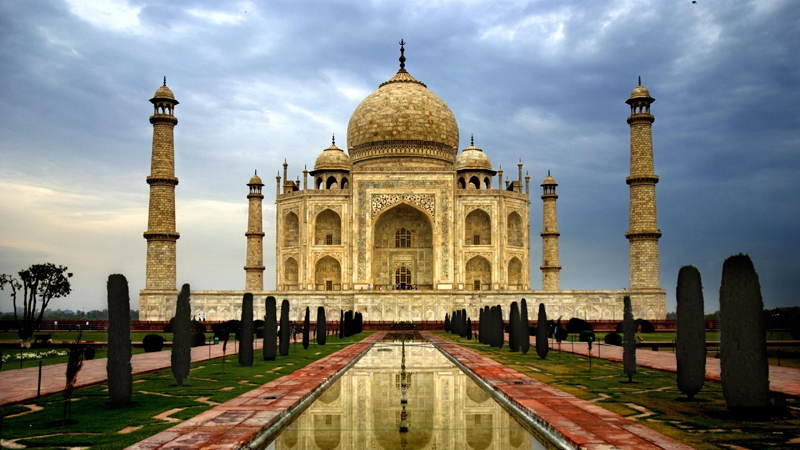 Streets, towns and monuments embrace more than an emblem. Reminiscent of acts, events and characters, they voice history. Contested, perhaps all over the world, but no more than in India and Pakistan, remains their nomenclature. Why not, for empires have grown and gone down here, each leaving its marks engraved or mutilated behind. However, the more one meddles with the past to cover-up, the more it reveal as history is so ironic. Before upcoming elections 2019, Bharatiya Janata Party’s (BJP) Hindutva-attired government in India is hell-bent to obliterate its Muslim past.

Before it was removed unceremoniously from Aligarh Muslim University (AMU), the portrait of Jinnah prompted a nation-wide controversy around his person as ‘naik’ or ‘khalnaik’, ‘a brilliant advocate of independence’ or a ‘cold-blooded separatist’, ‘a unifying force’ or ‘divisively communal soul’ and, ‘will Jinnah’s ghost ever quit India’ etc. Respecting the tradition, his portrait, as of other eminent politicians, was simply put-up in the Students Union Hall when he visited the university back in 1938 and assumed its life-long membership.

Right. But can Rashtriya’s ideologues tear off Jinnah’s pictures with Gandhi, reminding of their complex political engagement before the creation of twin states in South Asia? Do they dare to strip off Aligarh University from the portrait of its founder, Sayyed Ahmad? Also, one can ask, what about Jinnah House, Jinnah Peoples Hall and his icon in Mumbai High Court Museum? Shall they pack and parcel them to Pakistan? Perhaps never as they are the constant source of remittance to Gujrat’s Government.

Let our historical traces be there to advocate for peace and brotherly relations in future. Eventually, all-inclusive and plural culture will take us to vikas (in India) and taraqqi (in Pakistan) and towards the mutual benefit of our millions of poor and vulnerable masses. Engaging them into non-issues helps ill-willed and insincere politicians to distract people from real issues

For a moment, let us accept Jinnah was communalist having no right to stay in a ‘secular and pluralist’ India. What about Vir Savarkar, the prophet of hatred and animosity, and the noxious originator of two-nations-theory in 1923. How come his photo be honoured in the parliament’s gallery? 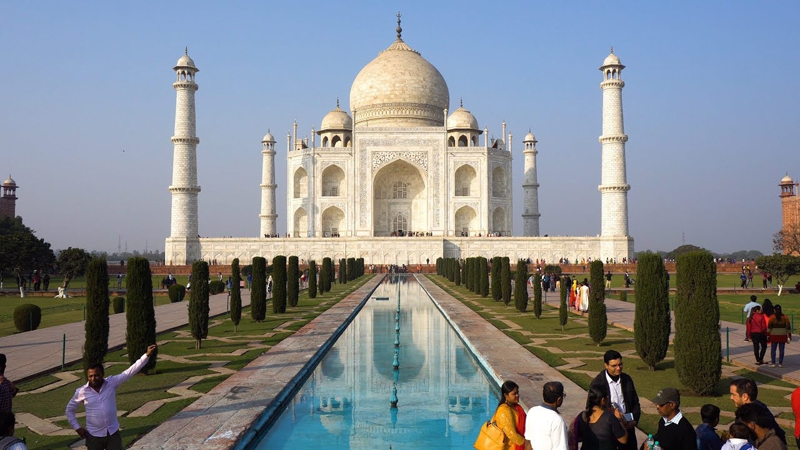 On the other hand, if political opposition merits one’s exile from his former homeland, there was no bigger an opponent of Gandhi ji than his Excellency Babasahib Ambedkar – almost a demigod for dalits. His statues and sketches perhaps exceed Bapuji’s. Babasahib not only dismissed Hinduism as a divisive faith rather tagged Mahatma as a devious proponent of Manusmriti. Weirdly even, the mandir and moortis of Nathuram Godse– the Mahatma Gandhi’s assassin – is being tolerated but not Jinnah.

Done with the portrait affair, the exclusivist BJP’s government turned to Allahabad or Illahabad by changing its name to Prayagraj. The name, claims UP’s CM Yogi Adityanath, means ‘confluence (of sagacious Ganga, Yamuna and Sarasvati rivers) and the place where Brahma made his first offering. Against its Vedic ethos, the settlement was repressively changed by Mughal Emperor Akbar in 1574’. Nevertheless, historians contend, arguing that no chronicles refer Allahabad being forced upon Prayagraj. Both identities survived amicably together till this day.

The move is no more than an attempt to destroy its universal fabric and the city’s diverse culture. Prayagraj already exists within as a center for the mega Mela Kumbh, as a railway station and even as a word of greeting. Having hosted number of political meetings in its course of struggle for independence, Allahabad symbolises Hindu-Muslim unity and the eventual withdrawal of the British Empire.

To wipe off the word ‘Mughal,’ Mughalsarai Railway Junction was renamed as Deendayal Upadhyaya Junction last year. Soaked in symbolism and saffroanisation, several other places were also renamed like: Gurgaon to Gurugram, Madras to Chennai, Baroda to Vadodara, Hazratganj to Attal Chowk and inclining to become Attalnagri, Banaras to Varnasi, Bareli Airport to Nathannagri Airport, Urdu Bazar to Hindi Bazar, Mian Bazar to Maya Bazar, Islampur to Aishwarpur, Humayon Nagar to Hanuman Nagar, Gorakhpur to MahayogiGoraknath, Aurangzeb street to Abdulkalam Road and name-changing of Akbar Road and Agra Airport is under discussion. Who knows, tomorrow, Hyderabad, Faizabad, Firozpur, Faridkot, Moradabad and Ahmadabad resonating Muslim rule may be debated and renamed? 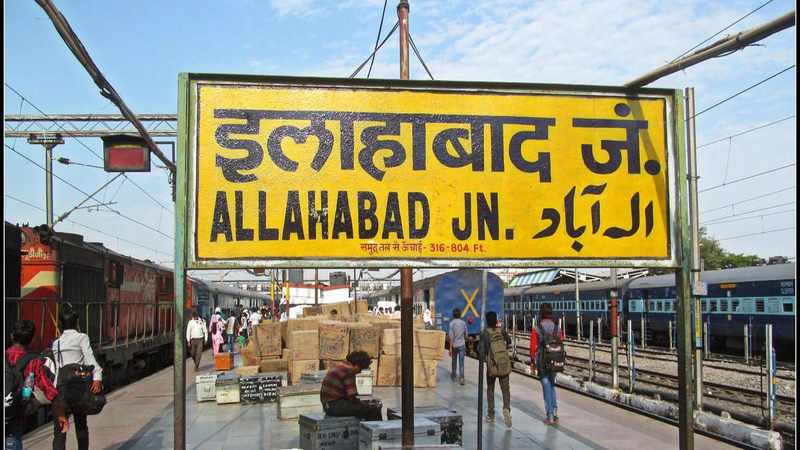 Adamant, the puritan political pundits insist and intimidate of transforming Taj Mahal to Ram Mahal or Krishan Temple or to Teju, at least. The neglect of one of the seventh wonder has already commenced. Paradoxically, this is what Taliban have been doing invoking a regional wrath.

Deserving a due voice Twitteratis in India have been commenting insightfully, for instance: ‘the poets like Akbar Illahabadi will now become Akbar Pryagraji and Illahabadi Amroodto Pryagraji Amrood’; the famous film-song, ‘merey khwaabon ki shahazaadi, main hoon Akbar Allahabaadi, Oppps!, Prayagraji’; ‘Rupee is falling, let us term it Kuwaiti Dinar to help it pick-up’; ‘to become rich and famous, may be, I should change my name to Amitabh Bachan’; ‘Narendra Modi should change his name to Manmohan Singh, again to blame him for his incompetence and failure in upcoming election campaign’; ‘one fine morning Sonia and Rahul Gandhi will wake-up to discover that Yogiji changed has the name of Indian National Congress as the identity was given by an Englishman’; ‘soon there will be no ‘India’ or ‘Hindustan’ but only ‘Bharatvarsha’ its classic name because the earlier one’s were given by the outsiders’.

Enough talk of Hindutva exclusivism. Our sins in Pakistan are no less culpable. So far Karachi’s municipal administration has renamed around 400 streets and roads, mainly those that echoed a Hindu past. Motilal Nehru Road, quite visible in Karachi’s older maps, was renamed as Jigar Muradabadi Road, though the later immensely loved India as its patriotic citizen. Installed in-front of Sindh High Court in 1931,Gandhiji’smoorti was damaged and downed in 1950. Carved in Bronze, his image in Urdu Bazar, is almost disfigured and deliberately hidden from public sight. 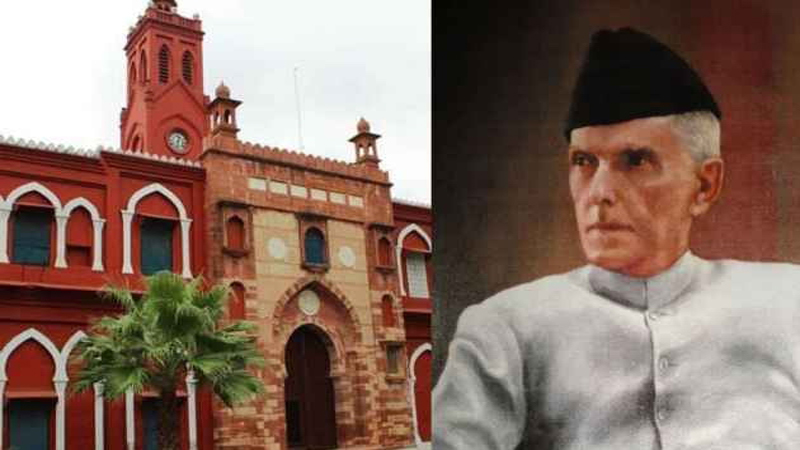 The moorti of Lala Lajpatrai, the veteran pre-partition politician who succumbed to injuries while protesting against the notorious Simon Commission, once used to stand tall near Kim’s Gun but no more. It was smashed in 1947 and now lies as heritage debris of Lahore Museum. The image of Dayal Singh, a Banker and the founder of Dayal Singh College was also taken down, dispassionately.

A marble structure of Sir Gangaram, an architect and a great philanthropist, once standing on the Mall Road, Lahore, was disparaged by the maniac mobs in 1947. Ironically, a Muslim zealot, one of the many amongst inflammatory horde thronging, stoning, tarnishing, smothering, obliterating and shoe-garlanding his statue, injured himself badly and was rushed to Gangaram Hospital to be taken care of. An essential comment needs a passing mention that Sir Gangaram was such a great architect that architectural books recall a time known as ‘Sir Gangaram’s age of Architecture’. Much of Lahore’s majestic heritage owes to his genius. The unfinished project of a college by the name of Balakram Medical College (after Gangaram’s son’s name), was halted soon after independence. The premises were then used to construct Fatima Jinnah Medical College, Lahore, in 1948.Gangaram High School was renamed as Women College, Lahore.

Van Radharam, a small town in Kasurewaschanged to Habibkot even if no one knows who this Mr Habib was. Early 1970s, the famous Hindu Bagh in Balochistanwas christened to become Muslim Bagh. Recent improvements admirable but Katas Raj, perhaps the third most sacred place in Hindu mythology, was and to a large extent, is in shambles.

Ancient Multan’s Parhalad Mandir was transfigured to a faceless heap of bricks and mortar while avenging Babri Mosque demolishing in 1992.So was the fate of Jane Mandir, Lahore, at the hands ofmaniac mullahs having no idea that Janes are not Hindus?

Kirshan Nagar of Lahore has long been renamed as Islampura and Sannat Nagar has turned into Sunnat Nagar.The historical Munto Park was renamed as Iqbal Park. Bhai Pheru, remembered after the name of a Sikh devotee of aGurdwara in this town, is now re-labelled as Phoolnagar. Denying our past goes to an extent that Gandhara and Indus Valley Civilizations in our textbooks are tactfully divorced from Ganga-Jamna Civilization.

Precisely, renaming of towns and streets is a myopic attempt to obliterate and/or reconstruct history of one’s own liking. India and Pakistan, now two sovereign countries, possess a common history and common heritage without doubt. Over time, Muslims and Mughals along with Hindu masses and Rajas blended a uniquely composite culture. Their leaders need to respect themselves and educate others of respecting our collective heroes in history. Anti-Muslim provocations in India and Islamisation in Pakistan kill harmony and polarise masses to the gains of mullahs, pundits and roguish politicians. We need to know they are, but, sprinter thugs.

Let our historical traces be there to advocate for peace and brotherly relations in future. Eventually, all-inclusive and plural culture will take us to vikas (in India) and taraqqi (in Pakistan) and towards the mutual benefit of our millions of poor and vulnerable masses. Engaging them into non-issues helps ill-willed and insincere politicians to distract people from real issues.