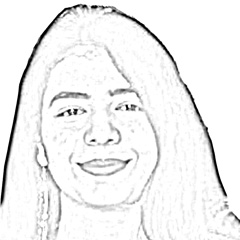 If we do a reality check; unity, faith and discipline — the creed that was to go line in line with the people of this nation seems to only be able to apply to a minority of privileged citizens

While celebrating 70-year of Universal Declaration of Human Rights (UDHR), it is important to realize that human rights are not a charity or a favour. Rather they are intrinsic to our existence as temporal beings. Religions acknowledge them, intellectual thoughts nourish them, civilization nurture and evolve them and constitutions codify them. However societies have mixed record of realizing them and Pakistan is no exception.

Pakistan is one of those few countries that participated in finalization of the UDHR and endorsed it unconditionally on December 10, 1948. Today many of these rights are very much part of the fundamental rights chapter in the Constitution of Pakistan. The Constitution provides for these rights to be the state responsibility, but over the years we have privatized them. Hence personal purse of any individual has become more important than the government policy.

If we do a reality check; unity, faith and discipline — the creed that was to go line in line with the people of this nation seems to only be able to apply to a minority of privileged citizens. The belief that we are all equal under the law or that we all have the same access to resources is nothing but a hoax. What we see today is that the ones with the upper hand in our society are the ones that are united and are the ones to exercise discipline as they wish and the majority is left hanging by a thread by faith only.

It is important to realize that human rights are not a charity or a favour. Rather they are intrinsic to our existence as temporal beings. Religions acknowledge them, intellectual thoughts nourish them, civilization nurture and evolve them and constitutions codify them. However societies have mixed record of realizing them and Pakistan is no exception

Article 10 of the Pakistani Constitution upholds the right of citizens to have access to a fair trial because justice creates just society. But this right hardly means justice for those who need it the most. Legal services are one of the most costly and to get justice is still a distant dream for majority. Without the proper resources to contest the case often those who aren’t guilty get shoved under the bus and those with ample resources in society go forth victorious. The statement of everyone being equal before the law is something taken very vaguely by our society. For us a majority is unequal before the law.

In 2016, the government announced that around 60 million citizens of Pakistan lived below the poverty line. It is important to highlight there still remained people who go undocumented who too live under extreme cases of poverty. With high poverty and lack of adequate resources to go around it was a huge hit when the population census showed the immense increase in population. The boom, which is expected to be at 240 million in 2030, will increase the stress on already meagre resources in the country. Without clear road map to skill and empower this population many more will plunge in to poverty.

Article 25-A, ie Right to Education, that commands for free and compulsory education has been stripped from those who live in poverty. Those who aren’t privileged are unable to send their kids to schools or are unable to send them to school that can ensure the education which will make them more likely to prosper. Public schools have been set up but there is a lack of trained teacher, provision of boards, books and stationeries, the teacher tenure and attendance checks is also missing which makes it harder to make sure that the teachers are actually showing up and that the teachers are actually teaching the children properly. This is the reason why private schools have become the big hype in Pakistan. A child who studies from a private school despite what their grades are, despite what their mind set, is labelled as someone of a higher status within our society. But the child who had higher capabilities, a higher chance to prosper yet couldn’t just because he or she could not get the chance to be taught the way private school students were taught with the same resources as they couldn’t choose the family they were born into.

This doesn’t stop at just education or availability of legal services but anything as simple as sanitation facilities or even clean drinking water, only those who can afford remain the lucky citizens. Those who can’t afford this have to go to public water tube wells or drink from taps which are not always clean and they end up getting sick and pay more from their pocket to get access to the health care. The cycle of poverty is never ending.

Then comes, the question of class, social status, ethnic identities and political loyalties to determine what you get or don’t get in your community. There have been efforts to improve the situation however at a large scale looking at the deep rooted stereotypes and culture we have developed as a nation it seems hard to change what we have rigidly fortified.

Quite surprisingly the debate in our society is not that why the state has abdicated provision of rights. Unfortunately in courts instead of free and compulsory education the issue is how much fee private schools can increase, how much private hospital can charge or how the price of bottled water can be determined. This is nothing but privatization of rights that has desensitized the society and we fail to recognize the constitutional obligations of the state towards its citizens. People didn’t choose to be born into these situations they are pushed into. The best way to celebrate 70-year of UDHR is to remind the state and the government its original role i.e. nothing but to offer better deal to the citizens.

The writer is freelance columnist