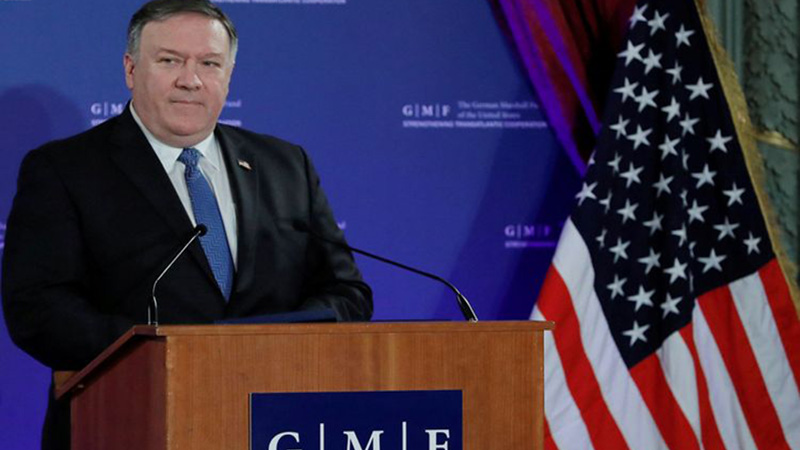 US President Donald Trump is building a new world order upheld by American leadership and democracy, his secretary of state told diplomats at an event in Brussels on Tuesday, blaming Iran and China for instability in the world.

“In the finest traditions of our great democracy, we are rallying the noble nations to build a new liberal order that prevents war and achieves greater prosperity,” Mike Pompeo said in a foreign policy speech.

Pompeo criticised Iran and China in his speech, rejecting suggestions that Washington was acting unilaterally.

“Even our European friends sometimes say we’re not acting in the free world’s interest. This is just plain wrong.”

“We are acting to preserve, protect, and advance an open, just, transparent and free world of sovereign states. This project will require actual, not pretend, restoration of the liberal order among nations. It will require an assertive America and leadership from not only my country, but of democracies around the world.”

Pompeo said the United States was pushing the World Bank and the International Monetary Fund to reduce funding to countries such as China, saying they already had access to financial markets to raise capital. Pompeo is in Brussels for talks among foreign ministers at NATO, where Trump has accused European members of failing to spend enough on their own defence and relying too much on Washington.

NATO is also pressing Trump not to go through with his decision to quit the Intermediate-Range Nuclear Forces (INF) treaty with Moscow, signed in 1987, but instead to work to bring Russia into compliance with the arms control pact.