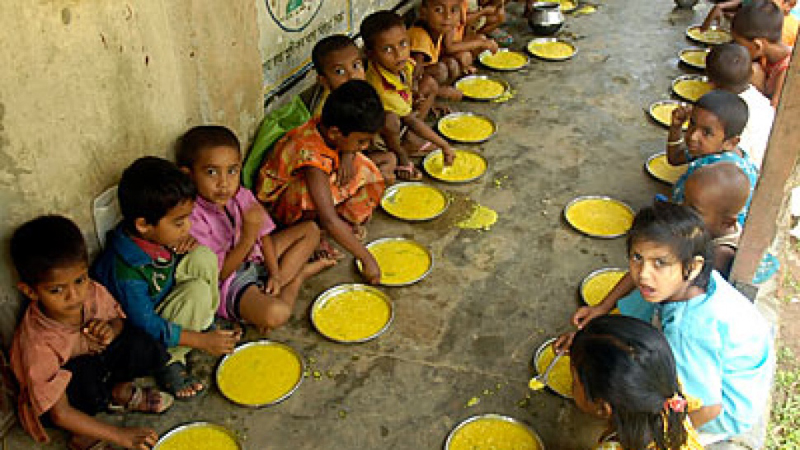 The world is just about to say, ‘goodbye and good riddance’ to a year that has been disappointing in more ways than one. On the economic front, downside risks to global growth escalated in the first half of 2018 and the potential for upside surprises receded, according to the International Monetary Fund.

An estimated 124 million people in 51 countries faced food crisis, an increase of 16 million over 2017. War-ravaged Yemen faced the worst famine in 100 years, with 12 to 13 million civilians at risk of starvation. Multilateralism is under an unprecedented attack from the Americans.

If you shudder to look back at the year passing by, what’s in store in 2019 would chill you to the bone. It’s more gloom and doom. The world would face major crises in the coming year with escalation of military-political confrontation and trade wars, humanitarian tragedies and environmental disasters, according to a study by 30 top global experts, including several former heads of states and Nobel laureates.

The study, Global Risks for Eurasia in 2019, which has incorporated inputs from more than 1,000 experts from 60 countries, has pinpointed the top 10 global risks as: Escalation of the confrontation between China and the US; full-scale expansion of trade wars; conflicts in the Middle East; further degradation of relations between Russia and the West; defrosting of hotspots in Eurasia; growth of separatism and ethno-confessional conflicts; intensification of environmental and water challenges; strengthening and evolution of cyber threats; the beginning of a new arms race; and risk of major nuclear and technological disasters. A whopping 77 per cent of the top brains believe the world would be more vulnerable to global risk in the coming year.

Ominous darks clouds were visible over the trouble spots within days after the study was presented as part of the fourth annual meeting of the Astana Club, an international discussion forum addressed by Kazakhstan President Nursultan Nazarbayev.

A sudden spike in tensions after Russian border guards on November 25 captured three Ukrainian naval vessels off Crimea and subsequent cancellation of a planned meeting between US President Donald Trump and Russian counterpart Vladimir Putin are a clear validation of what the study has predicted: “Relations between Russia and the West will continue to deteriorate. Pressure on Moscow may be intensified by sanctions: the next targets may be the largest Russian banks, whose dollar assets may be frozen.”

The two serious risks, according to the study, are associated with confrontation between the US and China. The first is in the military-political environment — involving mutual distrust and growing competition for dominance in Asia. The US would strengthen its policy of containing China, propping up the anti-Chinese consensus in the Asia-Pacific region. This would provoke a response from China, which will seek to counteract the pressure.

The second area relates to the trade war between the two giants which started in mid-2018. No sooner had the study predicted that tariff restrictions are certain to be extended, resulting in a slowdown in both countries’ economies, than the American president hinted he could take the current level of tariffs applied on China-made imports to 25 per cent on January 1. This would affect $267 billion worth of imports starting next year. “A slowdown in global trade and investment will be caused by trade restrictions globally,” the study says. An overwhelming 70 per cent of experts believe the trade war between the US and China will continue with full force in 2019.

The growth of protectionism is another trend that is expected to continue in the coming year, with 56 per cent of experts inclining to this.

Majority of experts who participated in the project have warned that the consequences of the US withdrawal from a nuclear deal with Iran could trigger a large-scale conflict in the Middle East. They foresee a high risk of a fresh round of violence between two major religious groups in the Middle East, and another humanitarian crisis involving refugees, especially Rohingya Muslims.

The experts fear that geopolitical confrontation would grow into cyberwar, with power plants and grids, military industrial complexes, and electronic networks coming under attack. Losses from the actions of cybercriminals are growing dynamically and nearing one per cent of global GDP, that is $1 trillion. A return to the arms race is another risk created by the critical decline in confidence among the great powers.

A decline in the growth of the world economy as a whole will be caused by the aggravation of relations between the US and China. “The poverty will deepen and unemployment will increase. All this is a favourable ground for terrorism, migration and separatism,” Nazarbayev said, recalling that almost 40 years ago the events in Afghanistan developed in a similar way.

Nazarbayev has proposed a number of measures to mitigate these risks, such as the establishment of a dialogue platform between the leading world powers — the US, China, Russia, and the European Union. He also considers it necessary to update the Helsinki Final Act of 1975, to continue the dialogue on the non-proliferation of nuclear weapons, and to work out solutions to eliminate trade wars which lead to an imbalance in world trade.

The world, edgier than ever, is desperately looking up to Europe to put some sense into the advocates of enclave builders and war mongers. No sensible leader can pretend to have not heard what German Chancellor Angel Merkel said at a plenary session in Davos earlier this year. She said 100 years on since the end of World War One, leaders had sleep-walked into another catastrophe. “We see populism on the rise, we see a polarising atmosphere and a polarising state of affairs….Ever since the Roman Empire, ever since the Chinese Wall, we know that shutting ourselves off doesn’t help.”