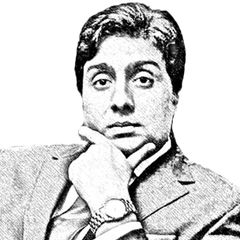 PPP: a phoenix in national politics

The party rises from the ashes after every effort to wipe out its existence, since its rivals can kill a man but not an idea

Politics is generally termed as a science or art relating to a social activity, where people form and improve the rules which we all live by. No doubt, the politics is the art with the help of which the politicians attain the seemingly-impossible goals without violence, and political parties are the institutions to serve the nation and protect its interests, both at home and abroad.

On 30 November 1967, Pakistan People’s Party was founded at a time when the country was divided on ethnic lines and no single party had representation in the areas that form the present day Pakistan. Within years, the Pakistan People’s Party gained popularity and filled the gap. Since then, the party has been playing the role of a federal political party even at the cost of its leaders’ lives. Now the nation’s interests and the party’s goals are so interwoven that you cannot damage the former without hurting the latter.

The history witnesses that most of the parties in arena, nowadays, have either been founded by powers-that-be or work as their extension. Having no genuine vote bank, these parties have to play political gimmicks to attract sub-nationalities. On the other hand, PPP not only respect the voices of such nationalities, also it binds them into Pakistani nationhood since PPP is the only party to do so. On all occasions, PPP has proved itself to be a federal political party. You can find its voters and supporters everywhere from Khyber to Karachi in great number. People’s party is considered the true representative of Pakistan all over the world. That’s the reason, Shaheed Benazir Bhutto used to be invited to deliver lectures on different forums across the globe.

It was Zulfikar Ali Bhutto who presented true picture of Pakistan in the world; Benazir Bhutto amplified his vision and mission and, now, Chairman Bilawal Bhutto is all set to play its part for the betterment of Pakistan. We know that Pakistan People’s Party was created under the dynamic leadership of Shaheed Zulifkar Ali Bhutto who gave hope to the people of Pakistan already pressed under a decade long rule of a dictator. Commemoration of Foundation Day is about uniting the people of Pakistan in general and the workers of PPP in particular, having a sense of belonging with the legacy Shaheed Zulfikar Ali Bhutto bequeathed to the nation.

It was Zulfikar Ali Bhutto who presented the true picture of Pakistan in the world; Benazir Bhutto amplified his vision and mission and, now, Chairman Bilawal Bhutto is all set to play its part for the betterment of Pakistan

The foundation day reflect the Pakistani people’s true commitment to PPP due to sacrifices made by the leaders and the workers time and again. With sacrifices they sowed the seeds of tolerance and other democratic virtues in national politics. We know that tolerance breeds tolerance while intolerance begets violence.

The national politics of present day Pakistan is a true example of the same. It is PPP that kept its cool throughout in history despite the worst kind of oppression inflicted on it by the rivals. The slogan of ‘Pakistan Khappey’ was raised by the veteran politician Asif Ali Zardar at a time when the whole country was presenting the scene of lawlessness after the martyrdom of Mohatarma Benazir Bhutto. In fact Mr Asif Ali Zardari has played the same role to get the party as well as the country united after the tragic martyrdom of Benazir Bhutto, which had once been played by Madam Nusrat Bhutto after heartrending assassination of Zulfikar Ali Bhutto. She stood firm against the tyrannical oppression of dictator Ziaul Haq and did not let the party fall apart. True to say, no other woman can claim to be of her stature as far as the sacrifices for the party and the people of Pakistan are concerned.

This is the day which sends us a reminder to engage with our workers while sticking to the values introduced by the founding fathers of the party. We are well aware that the dictators tried their best to depoliticize the society just to reinforce their own agendas. In this way they dug deep the foundations of this country. In such times, the PPP stood tall against the aggression and violence aiming at its leaders and workers. The presence of Pakistan people’s party on national political scene is the evidence that the party is on true path. No lie can be a substitute to the truth and no party can replace PPP.

One can easily judge that there exists no party like PPP as far as its philosophy, sacrifices and legacy is concerned. The nation is indebted to Zulfikar Ali Bhutto who infused a new spirit in the nation and spread political awareness. It was he who realized the nation with the slogan: All Powers to the People. You can find political clowns copying Zulfikar Ali Bhutto’s style but in vain, since his style is the legacy bequeathed to his family alone.

Today the air is abuzz with the slogan of change. The real change, in fact, was introduced by Bhutto who elevated common man and allowed them to enter national assembly and other top forums. It was the change brought by Bhutto alone. With a tweet, you cannot bring about a diplomatic miracle on foreign policy front. Again I would refer the character of Zulfikar Ali Bhutto who refused to yield before the superpower despite threats to his government and life. He dreamed to witness the ummah united under the banner of Islam, brought China in friend’s circle, raised Kashmir issue all over the world, got the 90000 war prisoners released and so on. This is called foreign policy and the real change. Of course, PPP has set a good example of change and never used abusive language in the politics as it has been fashioned today.

People’s party is fortunate enough to provide mature leadership to the nation in the form of Zulfikar Ali Bhutto, Benazir Bhutto and Bilawal Bhutto. Now 51st Foundation Day of PPP is going to be celebrated with a pledge and passion to revive its lost glory in the days to come under the dynamic leadership of Chairman Bilawal Bhutto who is inspired with the vision and mission introduced by Zulfikar Ali Bhutto and Benazir Bhutto. He has rekindled the hope among the masses through his commitment, resilience and dedication.

The visible and invisible forces have always been in quest to tamper the history and erase the sacrifices made by the workers and the leaders of the people’s party from the collective conscious of the nation. For this purpose, they hatch conspiracies and toil day and night but in vain. The rivals adopt measures to damage the image of the party and malign the leadership as said by Joseph Goebbels,

“If you tell a lie big enough and keep repeating it, people will eventually come to believe it.”

But they forget that Abraham Lincoln has already said,

No doubt PPP represents the legendry bird phoenix in the history and national politics of Pakistan. The party even rises from the ashes after every effort to wipe out its existence since its rivals can kill a man not an idea.