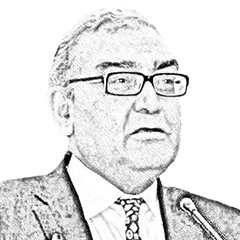 It has nowadays become dangerous to crack jokes in India

A passenger on a Jet Airways flight from Kolkata to Mumbai boarded the plane and typed on his phone “Terrorist on flight. I destroy women’s hearts”. A co-passenger saw this and informed the air crew, and though he told the air crew that it was only a prank with some friends, he was taken off the plane and sent to the police station, thereby missing his flight. I don’t know what happened to him thereafter.

This is another example, after Abhijit Lyer-Mitra’s case, to show that it is dangerous nowadays to joke in India.

It was not always so. For instance, at one time Sikhs used to enjoy Sardarji jokes, and many would say these themselves. But then some Sikhs filed a petition in the Supreme Court seeking a ban on them. Evidently now Indians have developed a short fuse.

The Supreme Court appointed a panel for laying down guidelines about Sikh jokes, but the Chairman of the panel, retired Supreme Court judge Justice HS Bedi (a Sikh himself) said he himself loved Sardar jokes, and submitted a report that such jokes cannot be banned.

I have personal experience in the matter, which I may relate; I cracked two jokes about Biharis on Facebook.

Since Pakistanis were demanding Kashmir, Prime Minister Atal Behari Vajpayee made an offer to Gen Musharraf at the Agra summit that he is willing to give Kashmir but on the condition that Pakistan takes Bihar also. At this Musharraf folded his hands and fell at Vajpayee’s feet, apologising profusely, and promising never to demand Kashmir again.

The famous Urdu poet Firaq Gorakhpuri once went to Bihar to attend a mushaira. Since the audience could not understand his Urdu verses they started hooting. At this Firaq, who had a short temper, remarked Hindustan ko khatra Pakistan se nahin hai. Bihar se hai (I was told that this was a true story).

Within a short time of my posting these two jokes on Facebook there was an uproar in Bihar. Huge processions were taken out by political leaders (they got an issue to take up, of which they are sometimes short), my effigies were burnt (see on YouTube), and maybe if I were in Bihar I would have been burnt too. Even the Chief Minister Nitish Kumar joined in condemning me. An FIR was filed somewhere in Bihar against me (though I think the police officer in charge of the police station had a sense of humour, and dropped the matter, as I never heard of it thereafter).

I met Mrs Meira Kumar, former Union Minister and former Speaker of the Lok Sabha at the Delhi airport some time thereafter. Since she is from Bihar, I told her that I had only joked. She smiled, and said “Don’t come to Bihar for some time “.

I quickly posted an apology to Biharis on Facebook, saying that I was only joking, and only then matters cooled down.

I similarly joked about Odias, and that too landed me in trouble. Some Odias had requested that I write something about Odisha. So I wrote this on Facebook:

“Some Odias have asked me to write something about Odias. What is there to say about these poor chaps? Ever since the thrashing they got at the hands of Emperor Ashok in the battle of Kalinga they have been a dejected lot. Now all they have with them are pots (Patras), big pots (Mahapatras) and supposedly intelligent kings (Patnaiks).

And of course they also have Lord Jagannath to whom they pray every day for revenge against the abominable Biharis. Hari Om.

Since I had an experience earlier of cracking jokes (with Biharis), this time I wrote a postscript on the Facebook post “Odias, this is only a joke. So please don’t file a case against me”

Yet, despite the postscript, there was an uproar in Odisha against me, again processions were taken out and my effigies burnt. Again I had to apologise.

But not all Indians are lacking a sense of humour.

For instance, I once posted on Facebook “Are there a lot of cobras in Nagaland? I won’t mind being bitten (or smitten) by a Nagin.”

Nagas who are on Facebook enjoyed this and took no offence.

Similarly, when I wrote “Tamilians cannot think, they can only tin” (in Tamil there are no aspirants) Tamilians took no offence, nor did people of MP when I wrote “All I know of Madhya Pradesh is that there is a Chambal Ghati there full of dacoits”.

If Sikhs forgive me, I may relate a Sardarji joke. A young Sardar was invited to a dinner party. The invitation card mentioned ‘Pink tie only’. When the Sardarji reached the party he found people wearing shirts and pants also.

And to conclude, I may crack a joke on my own community, Kashmiris.

In the days of the Kashmir Maharaja, the Kashmir army had Dogras, Sikhs etc but no Kashmiris. So the Kashmiris had a grievance, and their demand was accepted and a regiment of Kashmiri recruits was raised. However, when this regiment was ordered to go to the front, they refused, saying that first arrangements should be made for their security. At this, the Maharaja disbanded the regiment. (Kashmiris, this is only a joke, so please don’t take offence)

The writer is a former Judge, Supreme Court of India