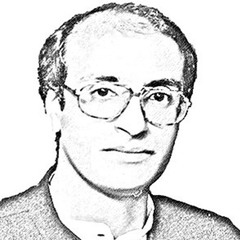 Justice and security organisations are notoriously closed organisations, and it is the absence of scrutiny that permits inefficiencies and abuse to persist behind closed “doors”

The justice sector is a multi-organisational, interdependent and complex sector. The performance of each organisation is dependent on others. Judicial performance, for example, is dependent on the effective and efficient functioning of investigations, prosecutions, prisons and the legal profession working together seamlessly. In addition to organisational strengthening, we need to therefore develop a systems-sector approach to reform that addresses both demand and supply-sides, the forward and backward linkages and feedback loops for each organisation as part of a single process.

To fill this critical gap, the National Judicial Policy-Making Committee (NJPMC) notified provincial justice committees (PJC) in June 2015. It is the only forum that brings together the various provincial justice and security organisations on a single platform to strengthen rule of law sector-wide governance and leadership, and improve services. The committees are chaired by the provincial chief justices, and members include the heads of all provincial justice departments/organisations. It oversees the District Criminal Justice Coordination Committees that are responsible for implementation. Since members are heads of departments, the PJCs have the necessary authority to implement operational level reforms but there has been little progress.

The PJCs need to be operationalised to lead and monitor the implementation of reforms including the National Judicial Policy 2009 (NJP) to improve justice service delivery.

Tenth, the failure to learn and improve: Reform and improvement are not viewed as an integral and critical part of departmental mandates, which probably explains why departments have not invested in strengthening their quality-related, feedback and learning functions — inspection, research, monitoring and evaluation frameworks and systems. Instead reform tends to be motivated by crisis, which renders it ad hoc, rushed, quick-fixes that rarely sustain.

For reforms to be effective, we need to ensure the necessary capacities: Where we do have inspection or research cells or units, they are not properly equipped. Judges and police officers are appointed to “inspect” judicial and police performance respectively without appreciating that monitoring and evaluating is a distinct skill-set and expertise. Nor is it cost-effective to appoint expensive specialised police and judicial resources to monitor performance. One consequence of such basic monitoring is that inspections tend to be more about the presentation of raw numbers rather than collecting the right performance information, analysing it rigorously, reporting against defined standards, developing strategies for improvement that are overseen directly by the head of the department.

Governments and heads of departments also need to promote and drive a culture of improvement in their organisations. We need to incentivise innovation and problem-solving so that there is a continuous effort to reform and improve based on key values and standards as, what Peter Senge termed, learning organisations.

Eleventh, a consequent trap is the weak information base. Unlike health and education sectors, there is no justice sector information system. There is a critical absence of administrative data in the justice sector.

Reforms demand critical self-reflection, conducting assessments and evaluations to identify and analyse problems and causalities, an openness to experiment, beginning with the acceptance that may be the manner in which we are operating needs to change significantly. We need to replace the weak empiricism by strengthening our information base and conducting institutional, organisational and impact assessments to inform reforms to ensure that they are sustainable and effective. Rule of law sector departments and organisations should be required to regularly report performance against critical value factors and based on their experience periodically report reforms required to improve services.

This lack of information affects both the design and implementation of reforms. When we do adopt a reform, we tend to treat the change as though it is a closed transaction. We fail to appreciate that reform is a process that involves monitoring, evaluation and if necessary adjusting and correcting the reforms. We rarely pilot reforms competently to test their effectiveness. And if we do pilot it, we fail to provide a suitable monitoring and evaluating framework and system so that we can learn lessons, and if need be, correct the reform.

Governments and heads of departments also need to promote and drive a culture of improvement in their organisations. We need to incentivise innovation and problem-solving so that there is a continuous effort to reform and improve based on key values and standards as, what Peter Senge termed, learning organisations

Twelfth, weak autonomy and accountability structures: Whilst there is a well-settled principle of independence of the judiciary, the police and prosecution services are struggling to secure operational autonomy to ensure services are delivered without interference, impartially and fairly.

A key reason that the Police Order 2002 unravelled is that the accountability structures — the public safety commissions and the police complaints authority were resisted both by the political establishment and the bureaucracy including the police. For operational autonomy to be meaningful, there must be security of tenure guarantee for key positions.

Operational autonomy guarantees need to be balanced by accountability measures such as clearly defined misconduct and inefficiency provisions; transparency, integrity and reporting standards; and public grievance redressal mechanisms. There must be a zero tolerance policy for corruption and criminality within justice and security organisations. Accountability structures also need to strengthen the democratic base through civic engagement.

Justice and security organisations are notoriously closed organisations, and it is the absence scrutiny that permits inefficiencies and abuse to persist behind closed “doors”. Further, without the availability and reporting of adequate and relevant data it is not possible for parliament, departments/organisations and other stakeholders to monitor performance and service delivery. Lessons can be learned from the Police Order 2002 experience and civic oversight in the education sector i.e. the parent teacher committees, to design suitable accountability structures.

Thirteenth, piloting and implementation: The Federal Government needs to support each province including Islamabad, Azad & Jammu Kashmir and Gilgit-Baltistan to develop budgeted and monitorable justice sector reform roadmaps — a process that is already underway. The provinces should declare pilot districts based on their distinct justice and security profiles -for example, megacities, settled urban, settled rural and tribal societies — for detailed monitoring and evaluation of the reforms covering their entire demand and supply chain.

A key test will be civil service reform, which underlies other reforms. To reform the justice sector effectively, the Government will have to review intake, incentive structures, tenure, promotion policies etc., issues that pertain to civil service reform. Unfortunately, little real progress has been made since the National Commission of Government Reforms led by Dr Ishrat Husain submitted its report in 2008. It will be a challenge to reform the civil service whilst ensuring the bureaucracy remains committed to implementing PTI’s wide-ranging reform agenda.

It is not inevitable that we are in the situation that we are. It is a consequence of the policy choices that the political establishment and governments have deliberately made. The PTI government will have to overcome barriers and vested interests that have resisted reform to improve the quality of governance based on a rule of law that is fair, impartial and inclusive. A careful review of the economics of the justice sector however may reveal that the benefits accruing in terms of economic growth, poverty alleviation, stability, good governance, development and improved social cohesion far outweigh the costs. We hope that these  are sufficient for PTI to remain committed to the ambition of a Naya Pakistan that places that ordinary citizen and the rule of law as the centre of their politics and reform.

The writer is a UK-trained lawyer, ex-Federal Secretary and worked as Senior Legal & Governance Specialist at the Asian Development Bank