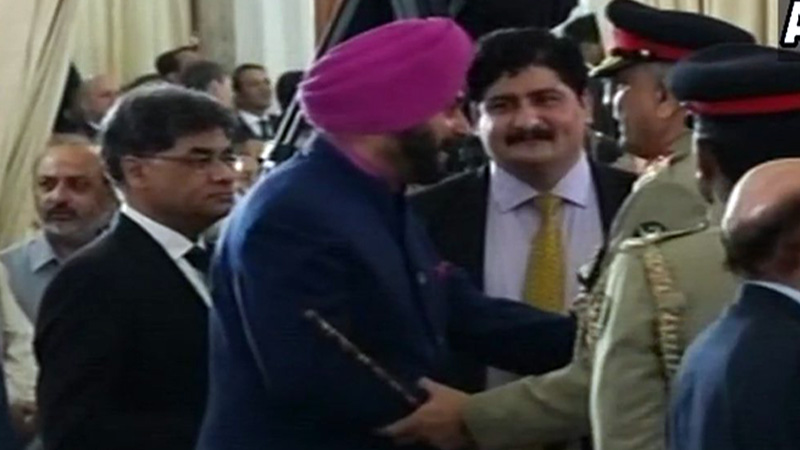 A warm hug between COAS General Qamar Javed Bajwa and Navjot Singh Sidhu has led to the prospective opening of the Kartarpur corridor. Its Pakistan section is set to be inaugurated in Narowal on November 28.

In one single strike, General Bajwa has humanised the India-Pakistan divide and won the hearts of all the peace loving populace of the Indian union, particularly sanctioning the long outstanding demand of the Sikh community on either side of the border. By undertaking this decision, the General has diffused the acrimony and animosity between the two nuclear-armed states, heralding an ambience of peace and tranquillity between the two erstwhile warring states. It is indeed a masterful and strategic stroke by General Bajwa, putting the entire jingoistic and gung ho populace of India inclusive of the Indian army chief on the defensive, goading and urging them in return to extend a hand of friendship towards Pakistan. It would perhaps not be out of place to point out that of late the Indian army chief has been hurling threats towards Pakistan, while intensifying violations along the line of control. In sharp contrast and a diametrically opposite disposition, General Bajwa has extended a hand of friendship to the Indians.

It would be instructive to note that the Pakistani General has nullified and put a naught to all nefarious propaganda that it is the Pakistani army which is the central and fundamental impediment in the way of rapprochement. This has allayed fears and established the factual position that here is a General with a difference who would like to shun the erstwhile perspective and enter into a new start in relationship. The United States, which is locked in a singular and endearing embrace with India, would do well to take steps to strengthen Pakistan’s hand in fostering peace in the Subcontinent and substantiate its endeavour and noble gesture. By stating at the inception ceremony of his premiership that he would take two steps forward in case India takes a step towards improving relationship, Premier Imran Khan has set a healthy tone and tenor in the way of rapprochement between the two countries. It is heartening to note that the premier and army chief are on the same page. Nevertheless, it would have been in the fitness of things, had the Indian prime minister and the Punjab’s chief executive on Indian side would have represented the Indian union at the inauguration of Kartarpur corridor.