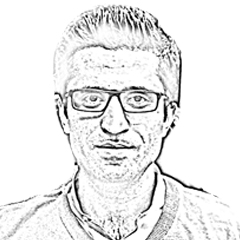 Why do we obey the law?

When we ask why do citizens obey the law, we are essentially asking what the possible grounds for political obligation are?

Suppose your friend is driving you home after a late night shift at work. She stops at the red traffic light even though there are no cars or police around. You ask, “Why did you stop? There is no one around.” She replies, “I know, but it is the law. I have to obey it.” However, it is still unclear to you why she should obey this rule if there is no good reason for it.

This question in political philosophy is known as the problem of political obligation i.e. why citizens have an obligation to obey the state and its laws. The problem of political obligation defines the relationship between the state and citizens. Political philosophers make a key distinction between obeying and complying with the law: Citizens do what the law commands (ie comply) for self-interested reasons such as rewards for compliance or punishments for its breach, but they obey the law just because it is the law, such as in the traffic light example. Immanuel Kant would call it the “categorical imperative.”

The benefit or gratitude theory, associated with Socrates, contends that citizens have an obligation to obey the law because the state bestows benefits upon them. This claim has two components: Citizens benefit from the state and because they are benefited by the state, citizens have an obligation to obey it. The problem with the benefit theory, Fletcher claims, is that benefit cannot generate an obligation on its own. For example, are you obligated to obey your friend if she pays for your coffee? Of course, not. You may argue, “But, there is a difference between my friend and the state.” Yes, there is, but the logic is the same: Benefit alone cannot give rise to an obligation. We need something more than that.

Dissent by progressive and secular voices is deemed seditious and routinely punished. The law cannot protect rights groups like the International Voice for Baloch Missing Persons and the PTM, who are demanding justice and accountability for alleged war crimes and other excesses by the same state institutions

Consent theory, linked to Hobbes and Locke, holds that we have an obligation to obey the state because we have consented to it. However, there are three objections to this theory: Insufficient people give consent; consent generates obligation only when citizens are able to withhold their consent; and it is too easy to avoid obligation by refusing consent. Consent theorists debunk the three objections through the expressed and tacit consent argument. Expressed consent is explicit such as an open and direct allegiance to the state, whereas tacit consent is unstated such as participating in elections or using public services. They claim that sufficient people give their tacit consent to the state. Further, they argue that citizens are able to withhold their consent by refraining from elections, for example. Lastly, if consent is voting in elections or remaining within the state’s boundary, then it is not easy to revoke it (consent).

But, if we fully assess the different forms of tacit consent, the consent theory does not seem to solve the problem of political obligation. According to Fletcher, the problem with participation in elections barring in “compulsory democracies” is that it covers only a minority because the majority do not participate in elections in many countries.

Using public services and remaining within the state are also problematic because citizens do not have effective alternatives. They cannot avoid using roads and leave the state for all kinds of limitations. For example, many dissidents from authoritarian regimes cannot leave their countries of origin because of all the trials and tribulations of the journey, not mentioning anti-immigration policies in host countries.

The third possible ground is explained by fairness theory, the view that “citizens are a part of cooperative schemes that are mutually beneficial and fair.” Because they are beneficial for everyone, citizens have an obligation to obey the rules of these schemes or enterprises.

An example of this would be your friends and you taking turns in cleaning the apartment that you are renting together. It is in everyone’s interest to obey the rules. The fairness theory is analogous to the benefit theory as it stresses the benefits of joining an enterprise, but it also differs from it as it can explain why we do not have an obligation to obey unjust and corrupt enterprises. The problem with this theory is that unlike cooperatives schemes, we are born in a state and have no choice to join it or not. We are also limited in our ability to leave an unfair state.

Philosophical anarchism, unlike political anarchism which holds that the state is illegitimate and should be overthrown, is the view that we don’t have obligation to obey the law, although we have good reasons to comply with it. Philosophical anarchists are divided on whether or not we will ever have an obligation to obey the law. There is no consensus on whether or not such an obligation will ever arise in the future. And if a group of citizens could ever establish such a state, it is unclear what would nature of that state be like.

Seen in the light of the problem of political obligation, in Pakistan the state’s relationship with citizens, particularly some groups, is quite troublesome. Some state institutions conduct their affairs in a manner that has no regard for citizens’ rights and dignity. Dissent by progressive and secular voices is deemed seditious and routinely punished. Speech and reportage “repugnant” to national interest is blatantly censored.

The law cannot protect rights groups like the International Voice for Baloch Missing Persons and the Pashtun Tahafuz Movement among others which are demanding justice and accountability for alleged war crimes and other excesses by the same state institutions. One then wonders what reasons citizens have to comply with the law except for fear of reprisal by the mighty state, let alone finding the ground for an obligation to obey it.