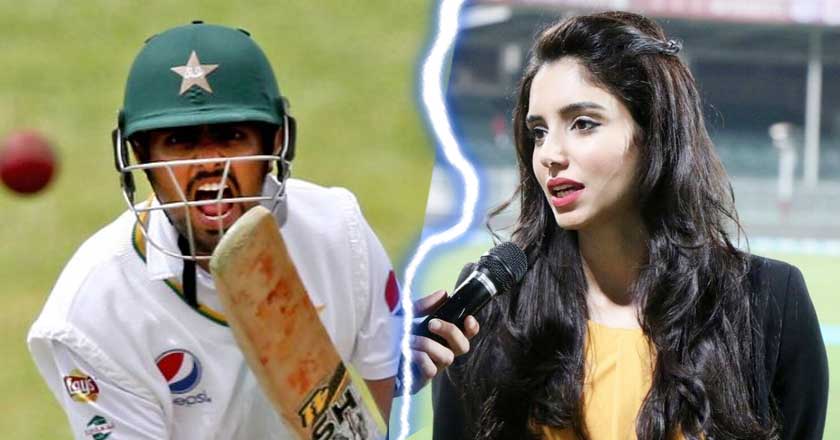 Babar Azam is perhaps the best batsman in Pakistan team right now. Over the past 3 years the batsman has been performing with his bat for the team in green. Babar completed his first ever test ton against New Zealand. It took him 17 test matches to reach his first ever test hundred. Earlier he got out on 99 against Australia which created an added pressure on him but finally he broke the myth and entered the century club.

The entire team was eager to witness his century and the moment he scored his debut hundred, everyone in the dressing room were on their feet to applause his hundred. Social media also reacted in a very positive way and everyone was praising Babar. At the same time, Zainab Abbas took a dig at Babar on Twitter.

Normally Babar doesn’t react to such tweets, but he took it quite seriously and responded with an ugly argument. He replied, ‘Think before u say something and don’t try to cross ur limits!!!’

Think before u say something and don’t try to cross ur limits!!! https://t.co/w8I8139OeY

The news was a hot topic on social media for quite a while as people believe that Babar is a very composed and calm player and doesn’t reacts to such sarcasm. But sometimes the media people also need to take care of the fact that something may offend someone so the words must be used carefully specially when you are talking about your national hero.