Comedy as a vehicle for ridicule 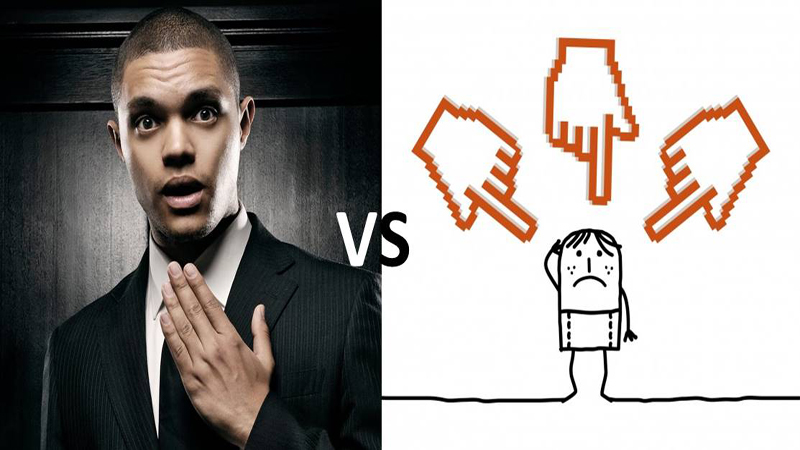 In the final analysis, very few people realise that the boundary line between how far a joke is just a joke and where it begins verging on ridicule. To quite a few, nonetheless, this distinction is very clear. Still, they don’t lose any opportunity of coming up with jokes that hurt other people’s sentiments of identity and belonging. When that is the case, do we then not stand justified in calling the joker as either cruel and bully or plain dumb and deficient?

I cannot vouch for all of us but Akbar’s friend Zaeem knew very well when and where his humorous exploits extended into the realm of ridiculing Akbar. Akbar had seen very little of Pakistan outside his village before the year 2014. In the village, they were all the same in terms of culture and ethnicity. Hence, his identity hadn’t happened to experience a clash or a drawing up against someone else’s. He was, thus, mostly incognizant of a compartmentalized conception of the society and people. He narrates that he considered those around him as one uniform whole each individual part of which needed to be loved and taken care of. But things changed in 2014 when he came in contact with people from other ethnic backgrounds. That resulted in his re-understanding of people as belonging to different fragments. Worse still, some of the friends started making fun of his ethno-cultural and linguistic identity which, he reports, he initially took as off-the-top-of-head jesting. But, as it got frequent and more intense, it became upsetting and spiteful.

We also use comedy as a medium for scorn and derision in the way we paint the peripheral ethno-linguistic and cultural communities of our country in syllabus, media and chats of family wisdom with our kids

Akbar told me it was really difficult for him to respond and be taken seriously because the moment he tried explaining to his friends that a joke was no longer just that but hurt him on an emotional and personal level, they would gasp and say, “Come on Akbar! We are just kidding. Don’t take it seriously”. And the whole saga of ethno-cultural degradation would begin again in all its hideousness.

Nevertheless, Akbar isn’t alone in his suffering or comic persecution—if we can call it that way. Let me dare and suppose: When we are the major and powerful group in a context, it requires willingness and deliberate effort to feel like the group that’s minor and powerless. I guess that’s what insulates us against feeling the tragic effects of our comic stunts which is the fact that they can wound and do so all the time without our bothering to realize it. We take people who come from other places not as a source of diverse experiences and learning for us but rather as antique objects from exotic lands whose frankness of behavior, originality of accent and richness of culture are meant to be mocked at all times. Of course, we cannot defend our indulgence in such a vile business no matter how hard we try to cover it up with rhetoric and euphemism. So, what do we do now? We have recourse to fickle and disingenuous explanations like “Mr ‘A’, you are mature and brave enough to take my words lightly”. Even here by words mature, brave etc. we don’t really mean what they do but employ them to further caricature a particular ethnic faction’s genuine and benign cultural traits. That’s treading the unsafe territory; that, exactly, is using comedy as a vehicle for ridicule.

In spite of all that, we do and must, as human beings, laugh and engage in fun. But, there’re no-go areas and as compassionate, caring and cultured people we should not transcend them. We cannot call harming other people’s intellectual and cultural sensibilities as fun-making and, on top of that, expect them not to mind it. Likewise, imagine that on a cold foggy afternoon at a tea stall, friends from a different ethnic background make you see the fallacy in stereotypes and rumors propagated about them and you see the truth in their points. Still, the very next day you turn up and repeat the same old jokes stinking of racial profiling, biases, and condescension. In such a situation, it’s you then who should be asking yourself as to whether you are being funny and jolly or insensitive and dumb.

Not just there, we also use comedy as a medium for scorn and derision in the way we paint the peripheral ethno-linguistic and cultural communities of our country in syllabus, media and chats of family wisdom with our kids. We describe groups other than our own to our children and pupils as dangerous and foolhardy by constitution. Later in life, when they come across such people for the first time, they already have a set definition of them in their minds. Consequently, they fit every action of these new people to what they had heard about them in their early formative years. Contempt for and prejudice and discrimination against their fellows’ way of life are thus evils that discussions and attitudes of young men and women instructed in such a manner hover around.

All that shouldn’t mean that we cannot be silly and absurd about life. In fact, we should laugh at the sufferings life treats us to. But to laugh at others’ ethnic, linguistic and cultural peculiarities should be discouraged at the earliest developmental stage of a child’s life because that breeds life-long hatred. As parents, teachers and public intellectuals, I believe it is our responsibility to tell those in our custody that under no circumstances whatsoever should they take their peers’ caste, color, language and ethnicity as topics for laughter and ridicule. After all, how can one have the guts to attempt face-saving after making statements like “You’re black and all blacks are despicable” or “You are from community ‘A’ and all of you are witless and coarse” unless one has a flawed conception of one’s own ethno-cultural self.