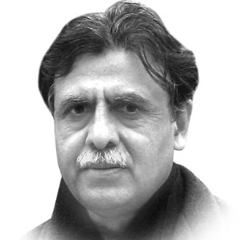 Bureaucracy as an institution is passing through a maze of uncertainty and a state of indecision affecting its over-all working. This is notwithstanding the assurance given by the Prime Minister in his earlier exhortations to the civil servants to stay above board with his keenness to de politicize it. Graft busters are in full spree even in matters for which the Departmental and Public Account Committees could be eminently qualified to take a cognizance. Lawyers as members of honourable profession are ransacking work places of civil servants and physically manhandling them for none of their fault before the gaze of the cameras. A common folk is at a loss. Where is the government! No one seemed prepared to take a note.

On the administrative front what one sees is the bizarre recurrence of pre-mature and midnight shuffles and transfers of senior officers. The latest being the mid night transfer of Deputy Commissioner Gujranwala for whose integrity and fairness even some parliamentarians would not mince their words. Earlier on the episode of transfer of IG Islamabad while he was out of country had hit the headlines. The JIT has reportedly submitted its report to the Supreme Court.

The focus seems to be on higher tiers which in general perform residual functions. Front line officials are indeed the first contact point with the general public

Tenurial certainty of the civil servants is a key to effective and transparent governance. It is as important as merit based selection and placement of officials on the most relevant slots. Frequent shuffling in no way helps portray a better image. Punjab is in the constant gaze where the coalition partners are crossing swords and the government is giving in to varying pulls and pressures. Earlier IG police who had been barely for a month in his office was given the marching orders. It was followed, within no time, by the resignation of chairman police commission on reforms in the Punjab as he could foresee more turbulence for his proposed agenda. Imperatives of ‘real politics’ palpably seemed far weighty than the smooth talk of merit based placements and of depoliticizing the civil service.

Prime minister, Imran Khan, during the years had been taking genuine pride in KP based police governance model. He had intent to replicate it all over once he had the mandate. The approach was based on free hand to the provincial chief in postings transfers of personnel and also in investigations as envisaged in the Police order, 2002. The success story brought in the former IG police KP to head the commission on police reforms in the Punjab. With his new assignment, the expectations were raised fairly high and for good reasons.

Having served in the former NWFP and the Punjab on key positions, I always had the feeling that the two provinces offered incomparable ground realities. The KP, despite the tribal setting, was deeply seeped in democratic and community centric ethos. A well-knit society indeed where the differences in wealth didn’t matter while mingling with the common folk. These ties were further nurtured through close social bonding where the folks were ready to accept collective incentives and retribution too. Punjab on the contrary is known for ‘egoistic power structure’ with a strangle hold of patron client relationship. This kind of relationship creates far more perverse influence on the governance pattern. No wonder one continues to find a bee line of elected representatives in the chief executive’s office seeking favour for the postings and transfers of their favourites in their constituencies or choicest places. Old habits die hard. More dangerous is, when a visionary of change succumbs to such like collateral pressures.

Prime minister Imran Khan’s sincerity for reforms is beyond any doubt. He has designated a full time advisor, Dr Ishrat Husain who brings in varied and a long experience to undertake the task. The Prime minister’s palpable objective had been to ensure effective and timely delivery of public services without red tape and hiccups. Task force in this regard has already been in the field. Press reports, however, have deflected the end results and turned the whole affair into war of turf amongst different service cadres. Debate on the cadres is not something new as it dates back to mid fifties. Late ZAB did make an effort with a success when he abolished all the cadres and replaced them with occupational groups. Within no time these groups resurrected like the old cadres.

The key objection of detractors to the Task force has been on its composition with heavy inclusion of members of the Pakistan Administrative service. A closer look at the composition, however, suggests that there are only three persons from the service in their personal capacity. The tilt in the composition of the task force whereas has been on account of inclusion of ex officio members, ie, the chief secretaries and federal secretaries. It was desirable to avoid these office holders who are more often relevant for the head count but hardly have the time to devote it to such fora. They could have been co-opted through special invitation as and when required. This may well have enabled to give a fair representation to all other service groups and services without giving rise to the present controversy.

The issue of service delivery is closely related with the quality of bureaucratic structures and their responsiveness to the felt needs. At the top leadership level there seems need to create a larger pool of experts and professionals to man key policy jobs which now carry a tag of higher specialisation. One conventional way which the task force seemed to be bracing with is to toss around with the idea of National Executive service. It is virtually creating yet another cadre where we have multiplicity of such cadres. The other way out is to go for an evidence based success story as how countries like Singapore and Malaysia overcame this challenge. It is always more expedient to look across and underpin the best practices around.

Reforming the front line, street level bureaucracy is as critical though not much is being heard about that so far. The focus seems to be on higher tiers which in general perform residual functions. Front line officials are indeed the first contact point with the general public. Quality based training for the front line officials is as important as merit based selection and placement of officials. They are the one who are responsible for the effective service delivery at the local level. One wishes to hear more on that count.

The writer is an author, Adjunct Faculty at LUMS and former Federal Interior Secretary 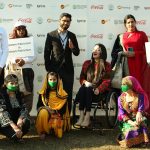