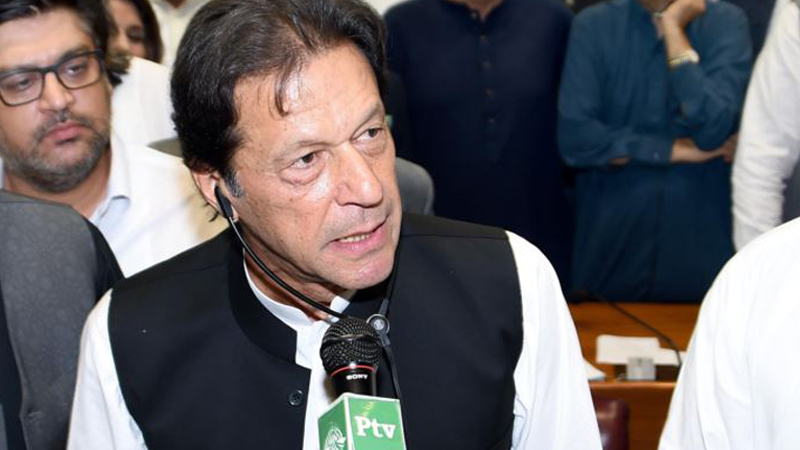 Dubai: Pakistani Prime Minister Imran Khan is coming to the UAE on Sunday, November 18, for the second time in two months.

A highly-placed official at Pakistan’s Ministry of Information told Gulf News that Premier Imran will be in Abu Dhabi on Sunday to meet the UAE leadership to seek the financial assistance as part of his continuous campaign to salvage his country’s economic situation.

The PM and with his economic team are expected to hold meetings with the UAE leadership and officials, the Ministry official confirmed.

Pakistan’s Foreign Minister Shah Mahmood Qureshi has already arrived in the UAE and he held meeting with his UAE counterpart, Shaikh Abdullah Bin Zayed Al Nahyan, on the sidelines of the 9th Sir BaniYas Forum in Abu Dhabi on Saturday (today).

Details of the agreements between the UAE and Pakistan are likely to be announced on Sunday.

Shaikh Abdullah has also visited Pakistan early this month as part of the ongoing talks on economic package with Pakistan, a top official told Gulf News.

Shaikh Abdullah has also visited Pakistan early this month as part of the ongoing talks on economic package with Pakistan, a top official told Gulf News.

Foreign Minister Shah MehmoodQureshi also discussed the “financial package” with the UAE during his ongoing visit, the official said.

Pakistan is expecting a financial package from the UAE amid the economic crisis.

Last month, Qureshi had said that Pakistan had requested a Saudi Arabia-like deal from the UAE to stabilise the economy.

He said Islamabad had urged the friendly country to provide a “fiscal space” to Pakistan amid the economic crises.

The Sunday visit is a follow-up of Prime Minister Imran Khan’s official visit to Abu Dhabi on September 19 and his understanding with His Highness Shaikh Mohammad Bin Zayed Al Nahyan, to forge closer economic, trade and investment relations between the two countries in all areas of common interest.

In September, Saudi Arabia had agreed to provide $3 billion for one year as balance of payment support and a further one-year deferred payment facility for oil payments up to $3 billion. Economists calculated the impact of the support at $12 billion.

An IMF team is already visiting Pakistan to negotiate the programme, likely to cover a period of three years.

The Institute of International Finance (IIF) in its latest report said a potential IMF programme for Pakistan could be valued at $15 billion.

The IIF expects an agreement on a three-year IMF programme of $15 billion by end of this year. However, Finance Minister Asad Umar now believes $6-7 billion from the IMF could settle the economic crises.