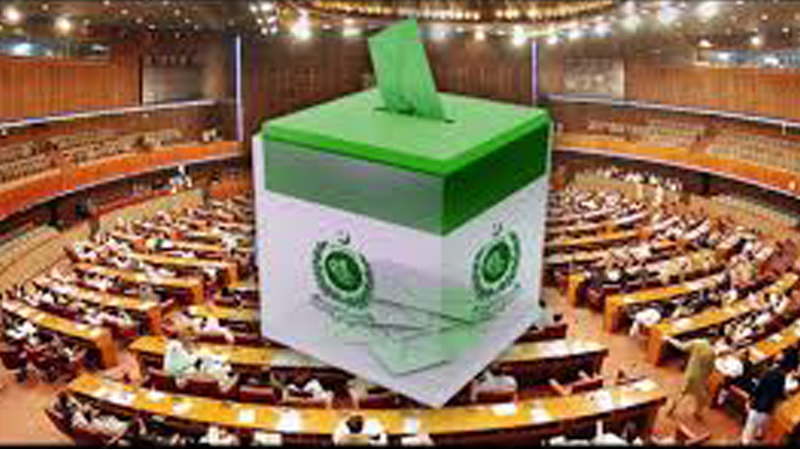 Lahore: The Pakistan Muslim League Nawaz (PML-N) seems quite confident to win the two Senate seats that fell vacant after the disqualification of PML-N Senators Haroon Akhtar and Sadia Abbasi for having dual nationality.

Sources within the party claimed that a robust strategy has been devised to win at least one of these seats, despite the fact that it doesn’t have the required numbers in the Punjab Assembly.

Polling for one general and one reserved seats for woman in the Senate will be held in the Punjab Assembly on Thursday (today).

The ruling Pakistan Tehreek-e-Insaf has fielded Waleed Iqbal, the grandson of Allama Iqbal for the general seat, against the PML-N’s Chaudhry Saud Majeed of Bahawalpur. Iqbal, who has served as PTI’s Lahore president in the past, lost in the general election of 2013 from one of the constituencies of National Assembly in Lahore and he couldn’t get a ticket in this year’s election. His father Justice (retd) Javaid Iqbal has also served as a Senator in the 90’s. Whereas Saud Majeed of PML-N remained a member of both the upper and the lower house of the Parliament in the past and his father has also served as the mayor of Bahawalpur. Even though the PTI is in power in the province, a tough contest is expected between the two candidates since Saud Majeed enjoys considerable influence over MPAs from south Punjab.

For the reserved seat for women, PTI has fielded Seemi Aizdi, the sister of PTI’s stalwart Jehangir Tareen, while former minister for health Saira Afzal Tarar is the candidate of PML-N. A former MNA from Hafizabad, she hails from a renowned family of politicians. Former president Rafique Tarar is one of her relatives.

Tareen, a master of power politics, has lately been busy in the campaign to get her sister elected as member of the upper house of the Parliament.

Although the numbers game is slightly in the favour of PTI-led alliance in the province but both the parties have run vigorous campaigns to clinch the two seats. The parliamentary party meetings of PTI and PML-N were held on Wednesday evening to devise the strategy for the Senate polls. In the house of 371, PTI is leading in the numbers game with 180 MPAs, while it also has the support of 10 MPAs from PML-Q. The opposition alliance has 174 MPAs with 167 lawmakers of PML-N and 7 MPAs of PPP who have already pledged to cast vote to former’s candidates.

The votes of four independent candidates and one from the Rah-e-Haq party will play an important role in the election.

Talking to Daily Times, PML-N’s senior MPA Samiullah Khan said that his party only needs 11 more votes from its original strength to clinch the Senate seat and they have worked tirelessly to woo the disgruntled MPAs who earlier elected as independent candidates but later joined the PTI. “We are already in contact with the independent MPAs and we’ll be needed only 6 more votes if independent cast votes to our nominees,” Sami said, while also adding that our candidate Saud Majeed enjoys good relationship with MPAs from South Punjab who can give him votes as well.

The polling in Punjab Assembly will be held from 9 am to 4 pm without a break.