The case of Asiya Bibi, her lawyer and beyond 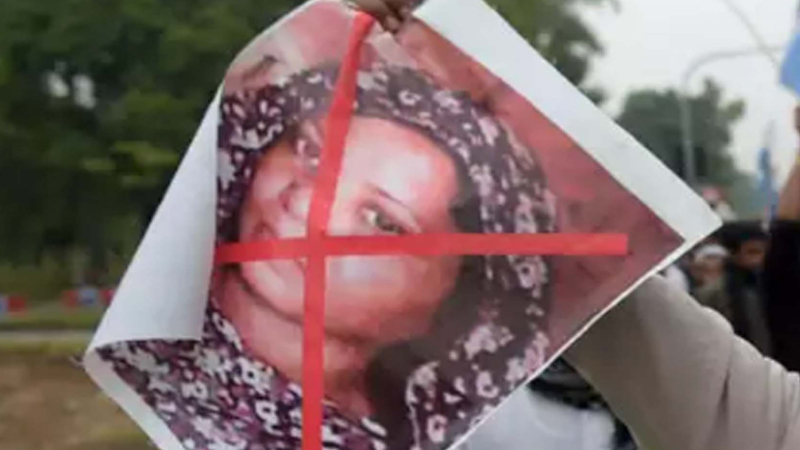 Netherlands has already accepted the asylum application of Pakistani Christian day-laborer Asiya Bibi (Asia Bibi). Earlier, Britain rejected an appeal for asylum from Asiya Bibi, the Pakistani Christian acquitted of blasphemy last week who is under the threat of death from Islamic leaders who struck a deal with her government to block her exit. The British government said allowing Bibi to enter the UK would cause unrest among Muslims, according to an advocate, the Huffington Post reported.

Wilson Chowdhry, chairman of the British Pakistani Christian Association, said he’s been led to believe that the British government “had concerns that her moving to the UK would cause security concerns and unrest among certain sections of the community and would also be a security threat to British embassies abroad which might be targeted by Islamist terrorists.”

Bibi is still in prison in Punjab province, even though the Supreme Court ordered she be “released from the jail forthwith if not required to be detained in connection with any other case.”

Bibi’s problems began when Muslim co-workers refused to drink water from a bowl from which she had taken a sip and demanded she convert to Islam. Her refusal prompted a mob to later falsely allege she had insulted Holy Prophet Muhammad (SAW).

She was convicted in 2010 under section 295-C of Pakistan’s penal code that punishes blasphemy against Holy Prophet (SAW) with the death penalty. She was sentenced to execution by hanging.

The ruling provoked violent protests led by the radical Tehreek-e-Labbaik Pakistan party, whose leaders called for the judges responsible for the verdict to be killed along with Bibi. In response, the government struck a deal with the Islamic extremists, who agreed to stop the protests in exchange for barring Bibi from leaving the country.

According to AFP, the Pakistani lawyer who saved the Christian woman convicted of blasphemy from death row said Monday that the UN and EU made him leave the country “against my wishes” because his life was at risk.

Saif-ul-Malook, who has fled to the Netherlands, said he contacted a United Nations official in Islamabad after Islamist violence erupted following the Pakistani Supreme Court’s acquittal of Asiya Bibi.

“And then they (the UN) and the European nation ambassadors in Islamabad, they kept me for three days and then put me on a plane against my wishes,” the lawyer told a press conference in The Hague.

“I pressed them that I would not leave the country unless I get Asia out of the prison… I am not happy to be here without her but, but everybody said that you are the prime target at the moment and the whole world is taking care of Asiya Bibi.”

“They were of the view that I was the prime target to be killed, and that my life was in imminent danger. For three days they did not let me open the door, one day I called the French ambassador and said I do not want to be here.”

The lawyer had previously told AFP before his departure on November 3, 2018 that he was leaving because “in the current scenario, it’s not possible for me to live in Pakistan”.

Saif-ul-Malook arrived in The Hague at the weekend after a short stopover in Rome, with the help of the HVC Foundation, a Dutch group that focuses on the human rights of Christian minorities.

Saif-ul-Malook’s such shifting of statements evidently prove, some people already are making frantic bids in taking advantages of the sordid situation of Asiya Bibi.

Blasphemy laws are not only applied to various individuals in a radical Muslim dominated Pakistan, but in 2003, similar law was applied when Bangladesh authorities brought a false charges of sedition, treason and blasphemy against internationally acclaimed multi-award winning anti-militancy journalist and editor of this newspaper, Salah Uddin Shoaib Choudhury. Bangladesh authorities brought these charges against Mr. Choudhury for the “crimes” of confronting radical Islam and jihad; denouncing antisemitism and Holocaust denial; defending the State of Israel; and for promoting interfaith harmony.

Salah Uddin Shoaib Choudhury was released on bail from the prison in 2005 following intervention of Congressman Mark Steven Kirk. The United States Congress passed a bi-partisan resolution (HR-64/2007) in defence of Mr. Choudhury. Similar resolutions were also passed by the European Union Parliament and the Australian Senate.

Since 2013, there has been alarming rise of radical Islamic extremism and terrorism in Bangladesh. Several secular bloggers and LGBT activists were murdered and or attacked by the local radical Islamic militancy groups. On July 1, 2016, several foreign nationals were brutally murdered at a café located at the diplomatic enclave in Dhaka.

Although Bangladesh authorities had blamed local jihadist groups for this attack, Islamic State (ISIS) had claimed responsibility and even released video statement following this gruesome massacre. International media also had claimed of existence of Al Qaeda and ISIS affiliates in Bangladesh.

Due to lack of security, following his release from the prison, Blitz editor Salah Uddin Shoaib Choudhury has been staying at his residence and avoiding meeting people and even attending phone calls.