Guardiola has changed more than just Manchester City in England 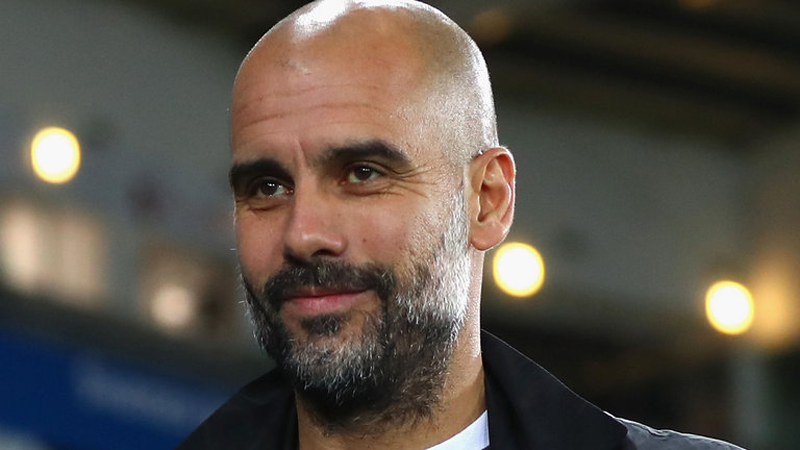 So much has been said, heard, written and seen about Pep Guardiola’s Manchester City side terrorising the Premier League. They have been nothing short of spectacular, seemingly winning most matches before even a ball has been kicked. As Gary Neville and Jamie Carragher recently pointed out on their show “Monday Night Football”, Guardiola has actually overperformed with Manchester City, despite the great resources and the players. It is nothing short of amazing how he has managed to improve even the most established and world class players at the club, including David Silva and Sergio Aguero. And let’s not forget about this City team breaking multiple records last season: goals scored, total points, most wins et cetera et cetera. But it’s also so much more than just the incredible numbers. Manchester City now play a brand and style of football that no other team in the world currently plays, except maybe FC Barcelona, but even there Guardiola has had a big part to play.

Apart from the obvious and immense influence he has had on his team, Guardiola has also completely transformed the dynamics of the entire league. While he was criticised heavily in his first season for being too ‘stubborn’ and not ‘adapting’ to English football (the peak was when the press attacked him for not coaching tackles), the Catalan remained as firm and unwavering in his Cyuffian principles as ever: play out from the back, press high and maintain possession near the opposition goal.

In his second season, the City players had become well versed in the incredibly complex and comprehensive concepts, and the Premier League could not keep up. Soon, for teams besides the top six, playing City became an automatic exercise in damage limitation. How matches were played completely changed. It was completely new in England to see any team constantly dominate for 90 minutes while the opposition hung on for their lives around the penalty box.

Even when Ferguson’s United and Mourinho’s first Chelsea side won games and dominated, the football match did not follow this dynamic. They did not have as much possession, they did not create as many clear-cut chances, and they did not play so much of the match in and around the opposition box. There’s also the matter of how Guardiola sets up his teams. He has somehow managed to play a midfield three of Fernandinho, David Silva and Kevin De Bryune. Only Fernandinho can be classed as a central midfielder; the other two both belong to the “number 10” position.

Before Guardiola came to England, it was unthinkable that a team could pack so many attacking midfielders together. Everyone thought that it was suicide, that you would get overrun in midfield and the defensive balance of the team would be fragile. But Guardiola doesn’t play by the rules, not even those set in stone for decades by the so-called protectors and proponents of ‘English football’, whatever that means.

Guardiola’s City also do not let the opposition reduce the game to the usual English tactics of second balls and tackles – his play, instead, is an exercise of sheer dominance, of constant possession aimed at attacking the opposition box. ‘Lesser’ sides have no choice about the style of play; it is a matter of “damned if you do, damned if you don’t.” But the biggest influence that Guardiola has had on the league has been the effect on City’s title rivals, namely Liverpool and Chelsea. He has completely changed what it takes to win or even challenge for the Premier League title. What City are doing is equally incredible and hard to match. Last season, there were only six games in which Manchester City did not win. They amassed 100 points. No one has ever done that before. The closest team to match that points total is the legendary Liverpool team from 1977-78 that got 97 points (in a 42-game season).