The culture of moral policing is linked to casual misogyny 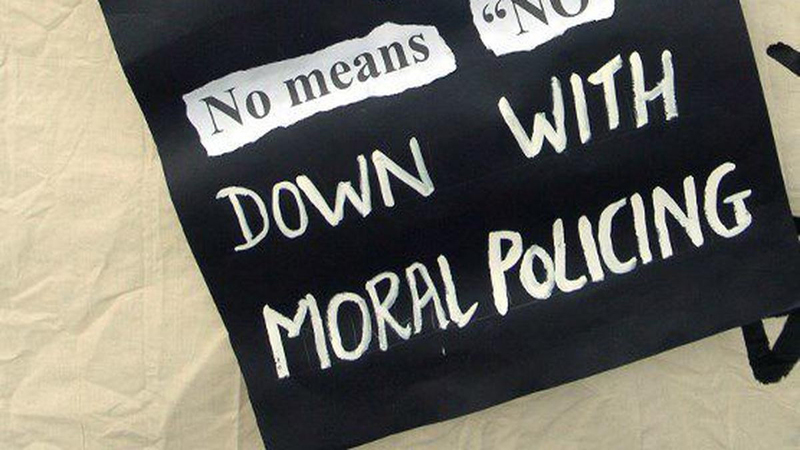 If you follow a female celebrity on Instagram and ever happened to go through the comments on her pictures, you would find a lot of hate. The hatred women in the industry have to face come from the general perception of the public which sees female actors as ‘immoral’ and evil. They are advised to ‘follow the Islamic teachings’ and ‘dress modestly’. But the same people leaving such hateful comments don’t judge male actors for the same kind of work that the women do. This hate is, therefore, related to the misogyny which is deep rooted in our society. A woman who does as she pleases is too strong for the chauvinists to handle, which is why they resort to character assassination and bullying.

The traditional image of a ‘good woman’ that our society seems to be obsessed with, is one of submissiveness. Women, for them, are meant to be submissive and follow the path crafted out by the male members of their family. If a woman decides to choose something else for herself, she becomes the target of hate and her character is deemed ‘bad’. It is unfortunate that even in the 21st century and despite all the progress we have made in terms of gender equality, the issue remains unsolved. Killing in the name of ‘honour’ continues to exist in our society and statistics say that most cases of ‘honour’ crimes are a result of the victim marrying or wishing to marry the man of her choice. And this mindset goes back to our chauvinist nature which says that a woman does not have a right to say ‘no’ to what has already been planned and decided for her. She has no right to choose her own path. This is why it is important to change this mindset in order to stop the crimes against women.

The traditional image of a ‘good woman’ that our society seems to be obsessed with, is one of submissiveness. Women, for them, are meant to be submissive and follow the path crafted out by the male members of their family

Killing in the name of ‘honour’, bullying of female celebrities online and character assassination of female victims of violence – everything is connected to the misogynist mindset that exists in the country. Therefore, we need a campaign at the national level against misogyny. Those in power should do something about the issue, and call out misogynists in their ranks. Furthermore, media should not glamorize violence against women and further the mindset that a working woman is prone to becoming a ‘bad woman’. Instead, they need to feature headstrong women in the dramas and help educate the public that a woman has every right to make her decisions. And every profession is to be respected.