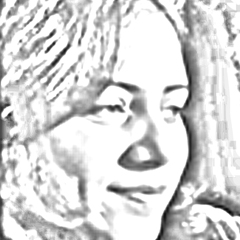 Quantitative approach to life disrespected the qualitative aspects. Due to positivism, logic and reasoning, everything which could not be quantified lost its worth

From Islamic point of view men and women are a single entity as a woman was created out of a man’s rib and then, humanity was created with combination of a man and woman. They are two equal parts of a single unit, which is differentiated into nations and tribes only for the sake of recognition and nothing else. In the sight of Allah, honour is not related to color creed or gender; it is the righteousness of a person which elevates a person in hereafter. If a woman is more righteous, she is more honoured than a man.

“O mankind, indeed We have created you from male and female, and have made you into nations and tribes, that you may know one another. Indeed the most honoured of you in the sight of Allah is the most righteous. Indeed, Allah is Knowing and Acquainted” [Quran 49:13]

In Islam a man and a woman are actually created from a single soul so there can be no debate about their equality. Allah says in Quran,

“O mankind! Fear your Lord Who (initiated) your creation from a single soul, then from it created its mate, and from these two spread (the creation of) countless men and women.” (al-Qur’an, 4:1)

If that is so then why today in Muslim countries the debate of gender equality exists? Why women are treated inferior to men? Why do women have to prove their worth in almost all spheres of life? Why a stay-at-home mother is made to look inferior to a working woman?

Till 16th century Europeans and Muslims had very similar thinking ideology regarding religion. Moral bankruptcy of the top stratum of the Catholic Church resulted in the loss of faith in the West on vast scale. This led to the emergence of ‘protestant’ sect in Christianity in order to save their religion from moral corruption of the popes who were involved in extreme luxuries, selling pardon for sins to support that level of luxurious life and legitimising bastards Tuchman (1984). From here onwards started a series of oppressions, battles, conflicts and intolerance between Catholics and Protestants, all in the name of religion.

In the sight of Allah, honour is not related to colour creed or gender; it is the righteousness of a person which elevates a person in hereafter. If a woman is more righteous, she is more honoured than a man

This further convinced Europe that religion was nothing but a source of trouble. With religion gone as a set of basic life guiding principles, alternate ideologies were needed. Secularism logic and reasoning came to replace religion in its vacant spot. Twany (1926) described this shift of paradigms in his book “Religion and the Rise of Capitalism”. As the physical sciences of the West progressed, whole world fell in awe of this new king of knowledge. Positivism became the new god of reasoning paradigms. Muslims were not left unaffected.

There was nothing wrong in accepting and learning physical sciences. However, trouble started when Muslims also accepted Western claim that both social sciences just physical sciences are equally factual and logical sciences and they as ‘truly’ depict the realities of human society and life overall. Muslims due to their eventual distancing from true Islam and involvement into materialism, luxuries, power and worldly greed fell into wars, intrigues and exploitations, which lead to deterioration of the original research and academic progress of the Muslims. As a result they failed to realise the hidden commitment of the Western social sciences to the goddess of secularism, which was totally in conflict to true Islamic values. This widespread acceptance by the Muslims of the false claims of objectivity and logical factuality of social sciences further hindered the development of genuine Islamic alternatives. Rather Muslims fell into inferiority complex and admitted Western knowledge even in social sciences as a beacon of light for living their lives.

This resulted in confused and disorientated societies which give full lip service to the religious principles but use western ideologies to live their lives. It was not easy for uneducated simple people to understand such deep rooted and hidden philosophies behind such apparently straightforward western social principles. Read Zaman (2009) for a detailed historical development of this unfortunate reality. Today due to same religious conflicts, greedy insincere and uneducated religious leaders, international intrigues, weak understanding of their own religion and the awe of western ideology, Muslim youth is facing the same shift of paradigm which west faced after 16th century. Allah states for such people in holy Quran

“When it is said to them: ‘Believe as the others believe’ they say: ‘shall we believe as the fools believe?’ Nay of a surety they are the fools, but they do not know” [Quran 2:13]

Till 16th century Europeans and Muslims had very similar ideology regarding religion. Moral bankruptcy of the top stratum of the Catholic Church resulted in the loss of faith in the West on a vast scale. This led to the emergence of ‘protestant’ sect in Christianity in order to save their religion from moral corruption of the popes who were involved in extreme luxuries, selling pardon for sins to support that level of luxurious life and legitimising bastards Tuchman (1984)

Social theories and paradigms are what provide foundation for our social structures. With a distorted social philosophy and failed social ideology, West has suffered total destruction of their social fibber. “Fractured Families” a report published by the Social Justice Foundation (2006) records breakdown of basic family unit, its impacts on children in UK. Children are not the only ones who suffered due to a shift towards capitalism, women were also affected. When “money” wore the crown of the highest pedestal, ‘do-it-yourself-home-building-activities’ of the women were stripped of their genuine worth. Quantitative approach to life disrespected the qualitative aspects. Due to positivism, logic and reasoning, everything which could not be quantified lost its worth. Hence, the culture of ‘modern empowerment’ was born, where women were falsely made to believe they were inferior to men.

This gave birth to the current never ending unnatural competition between the two genders. Western women who had to fight for their basic rights of recognition and existence, who were believed on initiating the sins and bringing wrath of God on Adam as their religious believes grasped this ‘modern empowerment’ as a drowning person grabs a branch to save his life. Muslims however, did not realise that by accepting indiscriminately all aspects of the ‘modern enlightment’ they are actually giving up a much superior source of guidance given to them form Allah in the form of Quran and Sunnah. As a consequence we have lost touch to the true definition of an empowered Muslim woman. This takes us back to the need to revitalise Islamic definition of women empowerment and define its applicability in modern times.

Fortunately for us Muslim scholars like Ibn-e-Khaldun (1384), Mudoodi (1947), Baqir Al Sadr (1961), Al Faruqi (1982), Al Attas (1984) and current eminent scholars like Dr Asad Zaman have contributed and are contributing towards reviving Islamic school of thought through “Islamisation of knowledge”, which actually gives hope of correction to this confused, fuzzy and jumbled-up social views prevailing in Muslim societies. Educated Muslims and especially youth need to share this responsibility of bringing back Quranic understanding of life with current applicability research.

The author is PhD in Economics and freelance Researcher & writer, CEO of TS Women Empowerment Agency