Pakistan needs to win Kashmir by winning the Kashmiris first 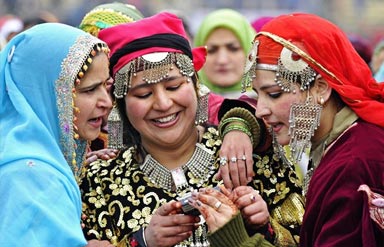 The Jammu and Kashmir dispute remains unresolved since 1947 even after three wars, loss of many innocent lives and vast destruction of property and massive violation of human rights. For the past seven decades, every government that comes into power in India and Pakistan, whether it is civilian government or military rule, vows to devotedly work for a peaceful solution to the Kashmir issue. But neither India nor Pakistan or the United Nations has been able to devise a solution that is mutually acceptable.

However, one can argue that both India and Pakistan twice came very close to finding a solution to the deadlock, first through the Chenab formula and then through Musharraf’s four points.

“Atal Bihari Vajpayee’s historic visit to Pakistan when he arrived in Lahore with his entourage in a bus raised hopes of improved relations between India and Pakistan,” Shaharyar Khan writes in his book. “There were clear indications that both prime ministers wanted to move towards a better relationship that could only be achieved through the settlement of the Kashmir dispute.”

Khan further mentions, “Kuldip Nayyar had told me that he had met Mr. Vajpayee who confirmed that a solution of the Kashmir dispute had been agreed in principle when the Kargil attack put paid to the process. The Chenab formula envisaged the handing over to Pakistan of a chunk of Indian-held territory in Kashmir on the west bank of the Chenab River which would form the border between Pakistan and Indian Kashmir.”

Prime Minister Vajpayee’s visit to Minar-e-Pakistan and signing the Lahore Declaration was an act of courage and determination that took the peace process forward. Shaharyar Khan writes, “Personally, I felt that Vajpayee was the only Indian Prime Minister who could have taken such a daring decision that went against India’s long-established position of not yielding ‘an inch of Indian (Kashmir) territory to Pakistan.”

As the Chenab formula was designed through backchannel negotiations, the general public in both countries were unaware of the advancements being made on the Kashmir issue. Agreement on the Chenab formula could have triggered massive uproar amongst the Indian population after being made public. But most importantly, the approval of the people of Jammu and Kashmir was to play the main factor in the success or the failure of the Chenab formula which was to divide the region permanently.

Musharraf’s four points on Kashmir concentrated more on joint collaboration to govern Jammu and Kashmir rather than dividing the region.

“During Pervez Musharraf’s time the leadership in India and Pakistan had made appreciable progress towards finding a solution of the Kashmir problem”, mentions Professor Abdul Ghani Bhat in an interview in March 2011.

Musharraf’s four points on Kashmir included self-governance without independence; demilitarization; same borders but free trade and free movement for people within the Pakistani and Indian held Kashmir, India and Pakistan; and joint supervision mechanism. Moreover, after a certain period of time people of the region were to decide if the arrangement was to be deemed final or not.

“General Musharraf and I had nearly reached an agreement, a non-territorial solution to all problems but then General Musharraf got into many difficulties with the chief justice and other forces and therefore the whole process came to a halt,” Prime Minister Manmohan Singh revealed in May, 2009.

However, the question of utmost importance is: Can Pakistan and India rise above their differences and egos to agree on a joint mechanism and peacefully supervise the region?

“Where does self-rule begin and where does it end, if Kashmir does not possess sovereignty over its land?” asks Dr. Ghulam Nabi Fai the secretary-general of World Kashmir Awareness.

In accepting these four points who is the winner? Pakistan, India or Kashmir?

“The solution (of Kashmir) should be such that a Kashmiri leader could announce it in Lal Chowk,” A.G. Noorani said in an interview to The Hindu in November, 2009.

A number of similar proposals have been presented vis-à-vis the Kashmir issue but none have been successful so the question remains: What now? The recent report by United Nations on human rights violations in Azad and occupied Jammu and Kashmir can be used by Pakistan to its advantage. The report mentions that the violations in Pakistan-controlled Kashmir are of a different caliber and of a more structural nature while Indian-administered Kashmir is a victim of more serious types of human rights violations. A better approach by Pakistan would be to accept that it lacks in certain aspects vis-à-vis governance in Azaad Kashmir rather than adopting the “atleast we are better than them” narrative. It is time Pakistan works on improving and strengthening democratic institutions and safeguarding rights in its part of Kashmir.

Currently, the world is focused on terrorism. Pakistan can keep no hope of seriously highlighting the Kashmir issue until it actually shows that it is not a sponsor of terrorism. There is no short-term solution to Kashmir, especially not when the Modi regime is in power. When the rights of Kashmiris are safeguarded, Azaad Kashmir is presented as a model and Pakistan is no longer accused of sponsoring terrorism, then only can Pakistan raise its voice regarding Kashmir and the world will listen. It is time we keep our personal animosity, ego and illogical narratives aside and think of the people of Kashmir who have been suffering for the past 70 years.