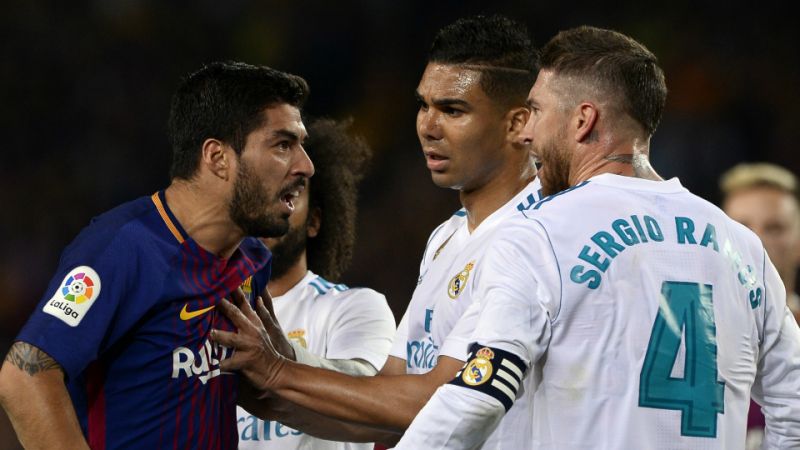 El Clasico is considered as one of the biggest rivalries in the history of football but this time people are not that much excited about the fixture. The major reason is the absence of Ronaldo and Messi, Ronaldo has left Madrid for Turin and Messi fractured his arm in the last fixture.
Another reason why people are less excited this time is the current form of Real Madrid, they are currently seventh on the La Liga table and their last win came after five matches. On the other hand, Barcelona are in red hot form and destroying every opponent placed in front of them.
Despite all that, Real Madrid has all the weapons to surprise Barcelona.
Madrid has slight edge on Barca in the defense. Sergio Ramos, Marcelo and Nacho will be guarding Navas and on the other hand, Pique and Alba will be the defenders Barca are going to rely on.
When we talk about midfield Madrid has more star power and Barca has more chemistry. Madrid has names like Modric, Kroos and Casimiro while Barca has Rakitic and Arthur.
And if we talk about the attack, there is simply NO COMPARISON.
Barcelona has one of the best attacks in the world. And they have upper hand over Madrid even in the absence of Lionel Messi.
So overall, both clubs have good teams but Barca are the favorites because of their form and because they will be playing on their home soil.