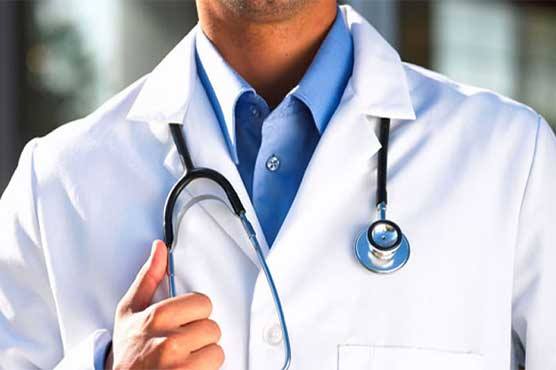 The quote is reminiscent of the role played by our media in shaping the current image of Pakistani doctors.

Without fully understanding the realities and limitations of our healthcare system and those working in it, both digital and print media have painted a picture of the doctors’ community using colors of misinformation and hearsay. News headlines such as “a patient died due to carelessness of doctors” has given birth to the common perception among the public that doctors are merciless money-oriented butchers.

A doctor can be careless for two reasons: First, when they are forced to work long hours, which not only affects their own health but also compromises patient care. In tertiary care hospitals across Pakistan, medical practitioners including house officers, medical officers and resident physicians have to work between 80 to 90 hours a week, causing exhaustion and compromising the judgement of doctors and their ability to render treatment. When a fatigued doctor makes a mistake, it creates mistrust between him and his patient and leads to the impression that doctors are willfully negligent.

In western countries where provision of healthcare is better than ours, the working hours of physicians are limited for the safety of patients. In the United Kingdom, junior doctors work eight hours a day and 40 hours a week. The longest shift is of 12 hours and comes with extra pay and compensatory off the next day. There are two days off in a week and those made to work on weekends are given replacement holidays in the same week. The American health care system follows similar criteria.

A recent study revealed that physicians who work more than 24 hours a day are 73 percent more at risk of protraction needle-stick injuries and are 2.3 times more likely to get involved in car accidents than doctors who work lesser hours. The study also states that 24 hours without sleep slows down the reaction time of doctors as though they were intoxicated.

The second reason Pakistani doctors can be careless is the tremendous patient load. According to official reports, in Pakistan, only one doctor is available for every 6,325 people. There’s also poor provision of health in basic health units, rural health centers and tehsil headquarters, which form the primary and secondary healthcare levels. Patients with minor complaints, who unnecessarily burden outpatient and emergency departments of tertiary hospitals, should be treated and filtered at the primary and secondary level in order to reduce patient load in public and private hospitals.

Moreover, often Pakistani doctors are made scapegoats by the patient’s attendants who bring their patients to hospitals after the patient has become incurable. Despite rendering all efforts, the attendants of the departed patient hold on-duty doctors accountable and demand justice while it gets reported in print and electronic media as the negligence of doctors.

The negative journalism that has targeted the medical community has led us to the point where patients and their attendants enter hospitals with aggressive mindsets toward doctors. They have made a habit of hurling abuses and knocking doctors out whenever things are not going according to their wishes. The doctor-patient relationship is a sensitive one and the media, which has the power of making a molehill look like a mountain, should understand the implications of their reporting and exercise their influence with care.

A much-needed bridge between the public and those working in hospitals is needed, which can only be achieved with the help of responsible media.

Raja Khalid Shabbir is a medical doctor based in Islamabad. He tweets @drkhalidshaband.