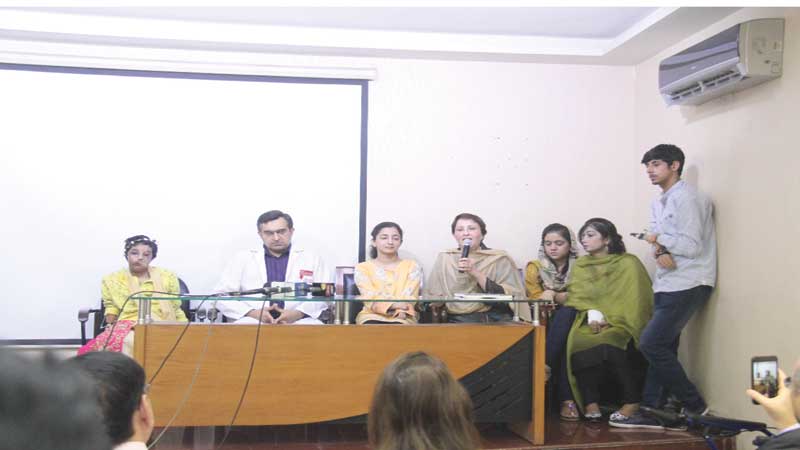 Children who were sent to United States by Shalamar Hospital for their treatment returned to the country on Tuesday after completion of successful treatment.

They gave details to media regarding the children’s treatment in the US. They also discussed how Shalamar Hospital has been treating people with burns, cleft lips and palates and birth deformities since 1997. Children whose treatment is not possible or available in Pakistan are sent to US. Shalamar Hospital has sent over 60 children to America up until now which has made it possible for them to lead successful and normal lives. Hashmat Effendi also mentioned how some children require multiple surgeries that are expensive and cannot be afforded by their families and hence, Shalamar Hospital bears the cost of treatment for all such children. Thsse cost of living and surgeries performed in the US are paid for by the American trust House of Charity. She also told the media that Shalamar Hospital has built the first ever 13 bedded Burns Unit in Pakistan, where patients are provided with the latest treatments. The Burns Unit ICU consists of four beds, of which three include ventilator facilities as well. American surgeons are often invited by the hospital to visit the Burns Unit and perform surgeries, including attachment of prosthetic implants on children residing in Pakistan. The children who had returned to Pakistan after being successfully treated in the US also talked to media about their treatment and experience over there. Prosthetic implants have changed these children’s formerly distressed lives for the better and have made it possible for them to lead normal lives like the others.