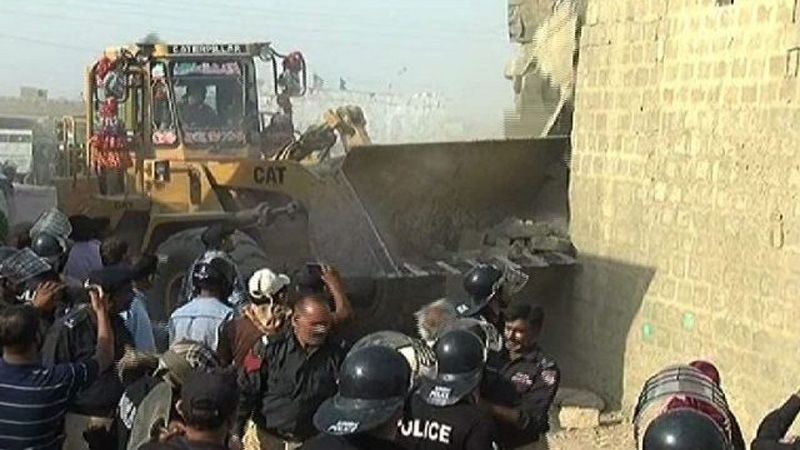 Tension prevailed in Surjani Town locality after a score of people came onto the streets during an anti-encroachment drive in the vicinity on Thursday.

Angry residents staged a protest and pelted the Karachi Development Authority (KDA) staff and police with stone. Police officials claimed that a score of residents of Sector 8 in Surjani Town came onto the streets and staged a protest against the team of the anti-encroachment department when the team reached the area to evacuate the government-owned land from ‘land grabbers.’

Police officials said that a large number of women also joined the protest and the situation turned violent when the team start edits drive in order to evacuate the government land. Police claimed that the protesters attacked the team .

He said that a case would also be registered against those who attacked the KDA team as well as police.