The call of the gong

Translation of a letter to students by Sir Syed Ahmad Khan 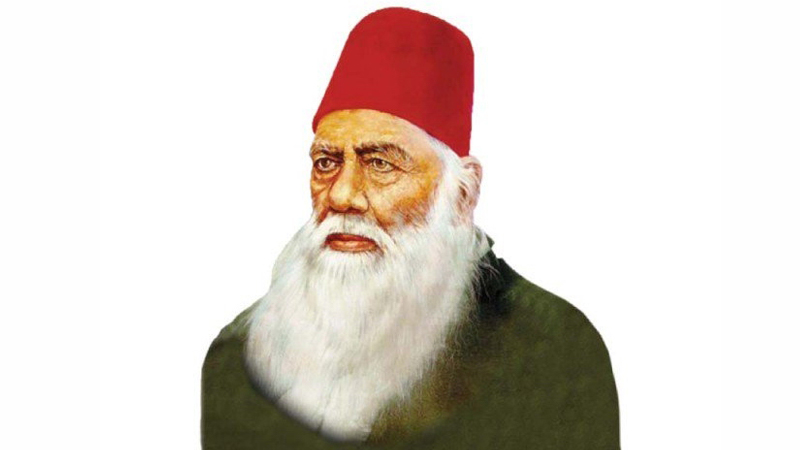 Sir Syed Ahmad Khan (1817-1898) emerged as a key leader of the Indian Muslim community in the aftermath of the War of Independence of 1857, as a thoroughly modern Muslim in a thoroughly pre-modern age. He is credited for originating the two-nation theory, founding the Aligarh Movement and being a founding father of Pakistan, but less celebrated are his achievements in providing a modern, scientific and rational interpretation of Islam and the Holy Quran, as well as his debates on culture that — in the face of stern opposition from fundamentalists and detractors — sowed the seeds of enlightenment and progress.

The year 2017-2018 is being celebrated as his birth centenary year in both India and Pakistan. Today marks Sir Syed’s 201st birth anniversary and a fresh reading of his letter to students marks a fitting manner to remember the great man, who is unfortunately little read and largely misunderstood now.

O dears! Why did I attain this disappointment and why I could not take advantage of the world according to my wish? Only because I did not understand the value of time

This letter forms part of the ‘Mazameen-e-Sir Syed’ edited by Azizuddin Akhtar, published by the Muslim Educational Press, Aligarh (undated) and is the only such collection of Sir Syed’s multiple essays this translator has seen which has published this letter. Hence the need for an original translation into English and a fresh re-reading 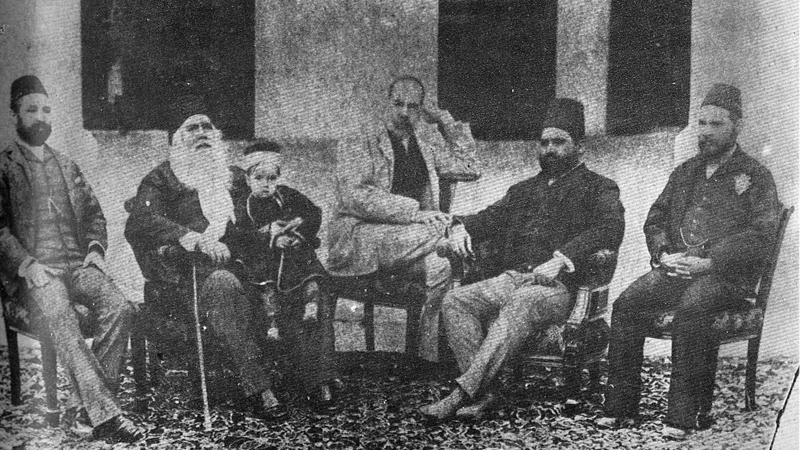 My dears! You have stepped into this destination of life and I have passed many stages. I am descending from the spacious and blossoming hill of life with disappointed steps and an unfulfilled heart having seen its wonders and curiosities once; and my greater sorrow is due to the reason that the tools nature had granted to me while strolling on the hill of old age, I could not make proper use of them owing to my ignorance and waywardness; there were gardens waving everywhere from the initial stage of the hill up to the high peak. The flowers of wishes and desires were blooming everywhere and without exception, the beautiful trees of hope could be seen bending down with pretty flowers at every destination and a strange refreshing breeze could be seen giving freshness and cheer in everything and every place, in short, there were provisions of mirth and ecstasy. 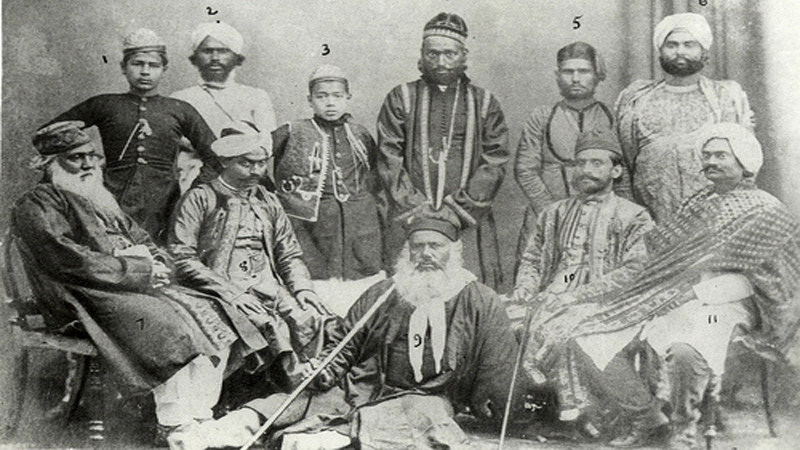 There was an open invitation for the traveler to use as he desired. There was no hindrance, to benefit from them was up to the intelligence and desire of the traveler but alas! That I returned from this delightful destination, eyes closed. I kept believing that this atmosphere and the spring will carry on like this and this pleasant and delightful provision will not finish until the final part of the destination. But how wrong I was, now that I look upon the part of the destination travelled already, standing at the final spot of old age, I can retrieve nothing except regret and sorrow; an extremely extensive and exciting part of age has passed. When I look ahead, all the scenes appear to be a thorny valley and one views such a high ascent, to successfully negotiate which is an imaginary hope. The horrible visage of the scene ahead and the beauty of the already-travelled destination and the thoughts of having abandoned it without any credo distract my mind such that the remaining energy also appears to be lost. 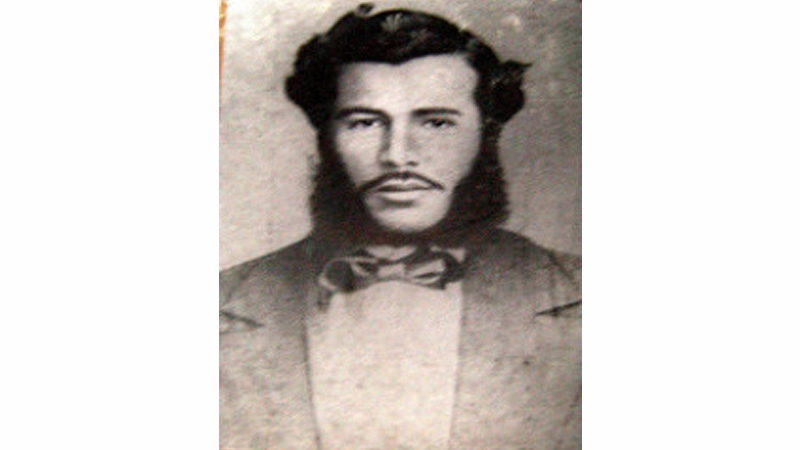 O dears! Why did I attain this disappointment and why I could not take advantage of the world according to my wish? Only because I did not understand the value of time. During my early age when I could do something and establish a foundation for my welfare, I did nothing. Unfortunately I did not find a leader or guide who could put me on the right path; I was not fortunate to have a patron or benefactor who could endeavor to turn my actions towards adequate determination. With my own control and intelligence, without any perfect guide or compass, I rowed my boat, so much so that upon my witnessing the limitless surface of the sea of existence after arriving at a dangerous rock, I saw the people who made use of wisdom and adherence to the rules and understood time to be an invaluable capital; how happily and fulfilled they are crossing the sea of existence, otherwise what could not have emphasized the flight of time and the need to benefit from it?

But I, in my foolishness, did not understand its prodding. Year after year, the sun, leaving the morning, making its usual circuit over its bluish roof, set in the west. But I remained seated in my lethargy, staring at its visage; never learnt a lesson from its adherence to routine. The moon kept appearing at its appointed times by becoming the crescent and then the full moon. But I did not heed its example. Spring came at its usual times and went after setting a spread of the palace of blessings for the worldly. But alas! I did not understand this, that it points towards one more bygone year of my own age. The black, insane clouds arrived at their usual time and went after raining.

And O the alert aspirants of my country! I address you with regret that my wasted age be a notice board along your path which says, ‘Beware there is danger here, walk with care.’

The lightning tried to open my closed eyes with its glow, but alas! My sleeping heart did not awaken. The thunder tried to open my ears by clapping with incredible force. But my ears stayed put. The wind, fast and violent, cold and warm, of all types, kept moving but I was least alerted. The watch was in my pocket every time and kept informing me of every minute and second with its mournful voice about the flight of time, but I never understood that this in fact was the tick of the footsteps of my passing age. A thousand times I took it out of my pocket to look, but sometimes it was 6 pm, at other times 10pm, or 12 pm. But alas! I never understood that this was the footmark of my own bygone age. I read Zauq’s true and philosophical couplet but did not reflect,

My dears consider it not the call of a gong

But the footmark of an age bygone 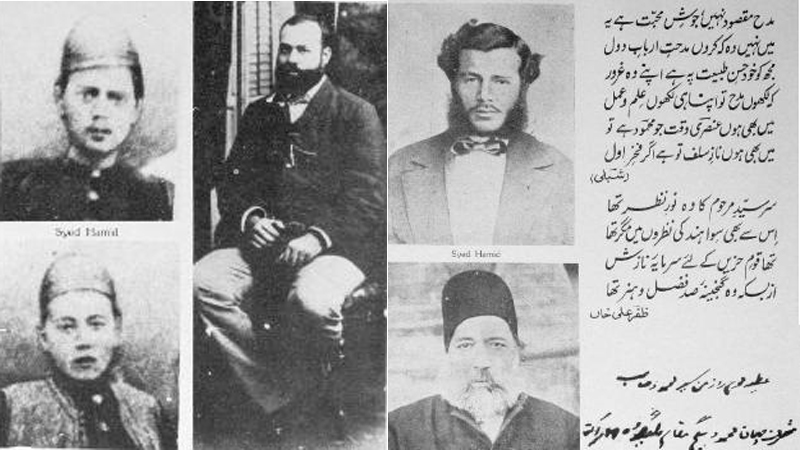 Many times I went to the railway station, saw the train ready to depart, the passengers preparing to board the train with their bundles packed and many of them celebrating in anticipation of reaching their destination. Meanwhile the engine whistled and the bell rang, the train disappearing. Now when I see, neither is that train the same nor that hustle bustle; there is a dryness at the station, a world of sadness. My heart was struck by a secret wound by this revolution. Alas! I never understood that this train informs about the speed of life. The people who boarded are the passengers of the realm of nonexistence and those who come, are arrivals to the land of existence; now that I understand and have experience, neither is that time nor the power there. Now when I pass near the building of a school or college, and the sound of students reading enters my ears, I stand and uttering a cold sigh say that, ‘Alas I cannot become a boy again’. How great it would be if I restart the journey of life with this composition.

What is to be done now? So O students! And O the alert aspirants of my country! I address you with regret that my wasted age be a notice board along your path which says, ‘Beware there is danger here, walk with care.’ 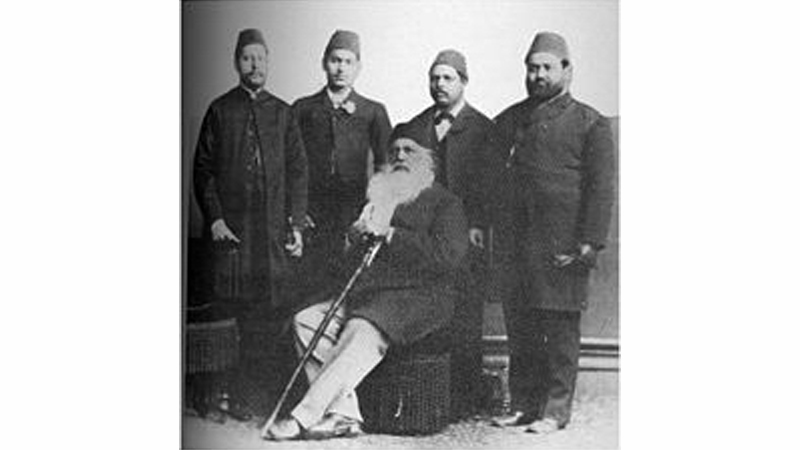 Raza Naeem is a Pakistani social scientist, book critic, and an award-winning translator and dramatic reader currently teaching in Lahore. He has been trained in Political Economy from the University of Leeds in UK, and in Middle Eastern History and Anthropology from the University of Arkansas at Fayetteville, US. He is presently working on translations of the selected work of Sibte Hasan, Ahmad Nadeem Qasmi and Abdullah Hussein and contributes regularly to Newsline, The News on Sunday and The Friday Times. He has curated and moderated a first-ever edition of Banned Books Week in Pakistan in Lahore in September 2014 and subsequently since then, in collaboration with Olomopolo. He is the recipient of a prestigious 2013-2014 Charles Wallace Trust Fellowship in the UK for his translation and interpretive work on Saadat Hasan Manto’s essays. He is currently the President of the Progressive Writers Association in Lahore. His most recent work is an introduction to the reissued edition (HarperCollins India, 2016) of Abdullah Hussein’s classic novel The Weary Generations.