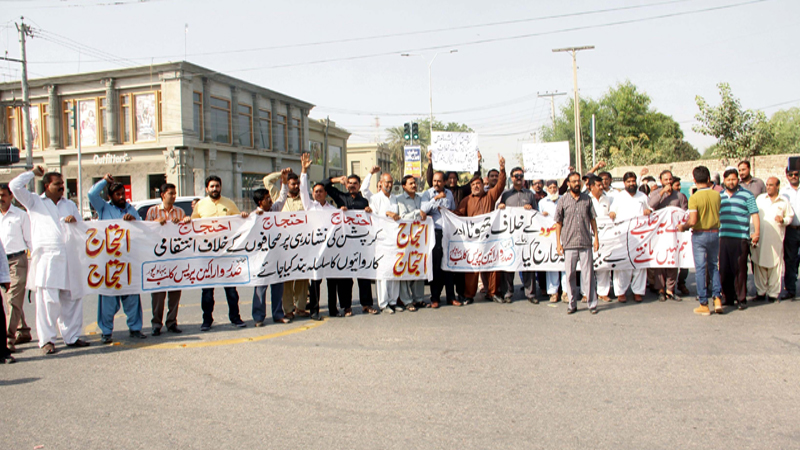 The journalist fraternity on Monday carried out a demonstration against registration of allegedly fake cases against journalists by the Anti-Corruption Establishment (ACE) in Bahawalpur.

Reportedly, a large number of journalists initiated the protest in front of the Bahawalpur press club and gathered in front of the Commissioner office where they staged a sit-in and chanted full-throat slogans against ACE Director Imran Raza.

They alleged that at Imran Raza’s behest, fake cases were being lodged against journalists while they were publishing news of corruption against different government departments.

Meanwhile, Bahawalpur Commissioner Nayyar Iqbal negotiated with the protesters to assure them that their concerns would be addressed on the priority basis.

A meeting was organised at the Commissioner office to review the progress of development schemes launched under the Annual Development Program (ADP) in Bahawalpur.

The meeting reviewed 389 development schemes for which Rs 12.87 billion have been allocated while Rs 1560 million have already been utilised for 64 percent completion of the projects.