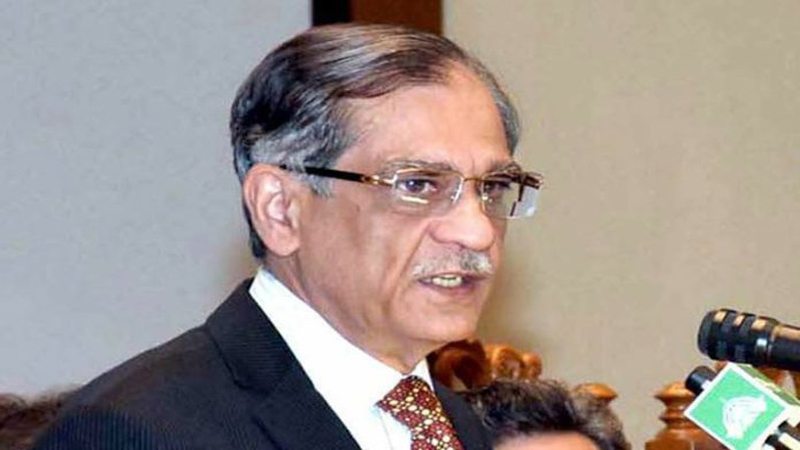 “Delay in the provision of justice is because the judges are not fulfilling their responsibilities,” the chief justice said at a ceremony in Lahore. “As many as Rs 55,000 is being spent on a judge daily from the national exchequer,” he said, adding that there is need for introspection within the judiciary on streamlining the justice delivery system. “The judges don’t hear cases for many days and adjourn those for indefinite periods,” he lamented.

The chief justice said that unfortunately people’s basic rights of citizenship and ownership are not secure in Pakistan. He said the 19th-century Qanoon-e-Shahadat doesn’t meet the required criteria of justice now. “We have to reform the laws according to the requirements of the time,” he said. “People like Mansha Bomb are involved in land grabbing. I was unable to find solutions to issues which I have taken notice of,” he said. “I hope that the government will play its mandated role so that the judiciary doesn’t have to intervene,” he added.

The chief justice said those securing coveted posts should be grateful to this country. “We have earned this country with great sacrifices, not through some charity,” he said, and added, “Only the fortunate are gifted with a blessing, known as freedom.”

“I urge the judicial officers to work tirelessly to give the judiciary its rightful, dignified status,” he said. “There’s no one superior or supreme before the law … cases must be decided purely on merit,” he asserted. On the issue of missing persons, the top judge said he had tasked heads of the top intelligence agencies to determine the whereabouts of these people.