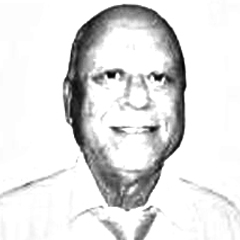 Either we completely abolish the anomalous, overarching 'suomoto' jurisdiction or modify its scope, judges are neither chief executives nor social reformers nor policemen

Fifthly, it’s in the realm of politics and political affairs that the invocation of ‘suomoto’ jurisdiction by the apex court is most egregious. The saga of ‘Panama’ related cases that stemmed from the trilogy of ‘suomoto’ actions against the elected Prime Minister has painfully highlighted this issue.

It’s a basic principle of adjudication that questions of political nature or political parties are non-justiciable and courts are barred from hearing them. Yet our apex court disqualified and removed Nawaz Sharif as head of PLMN party which was a purely political issue.

In the other Panama cases, the apex court that barred Nawaz Sharif for life from contesting elections, there was absent  a prior declaration about his honesty, which was a prerequisite under Article 62 (1)(f).

Sixthly, the judiciary’s recourse to ‘suomoto’ jurisdiction has resulted in infringements of individuals’ due process rights and, ironically, the very fundamental rights the Supreme Court purports to protect.

Our Constitution guarantees certain due process rights to citizens, such as the right to a fair trial, judgement by a neutral, unbiased arbiter, assumption of innocence until proven guilty, right of appeal, etc. All such rights are trampled upon by a ‘suomoto’ action where the judge is also the prosecutor and jury as well.

Seventhly, it will be remiss not to point out that the original jurisdiction bestowed to apex courts by law in democratic nations is quite limited and is sparingly exercised.

In fact no constitution of any democratic country contains such ‘suomoto’ provision in the shape and form that exists in Article 184 (3).

For instance, the US Constitution does not contain any such ‘suomoto’ provision, though the US Supreme Court has the power to issue some prerogative writs, for the main purpose of enforcing its own orders. The original jurisdiction of the mighty Supreme Court is restricted to cases mainly involving foreign consuls and to those cases in which a State is a party – Article 111, Clause 2.

Having good intentions or not, judges should not be allowed to substitute via legal mechanism their own policies, social ideas or political philosophy for the right of people to govern themselves. A reign of a structured legal system should not be supplanted by an erratic, uncertain reign of ‘suomotos’

In India, its supreme court (and also the high courts) have ‘suomoto’ original jurisdiction regarding individuals fundamental rights under Articles 32, 226 of the Indian Constitution but it’s restricted to cases in which the court lacks subject-matter jurisdiction.

Furthermore, unlike Pakistan 184(3) jurisdiction, in India not any individual, but only aggrieved persons can petition the apex court for ‘suomoto’ action, questions of public importance are not covered and neither are matters pertaining to other constitutional provisions or other laws.

Moreover, such power of the Indian SC is generally restricted to issuance of orders of specific writs pertaining to habeas corpus, mandamus, certiorari and warrantor.

Eighthly, practical and economic considerations and sanctity of the court, of last resort demand limited and selective original jurisdiction in view of the limited resources, a fixed number of skilled and learned judges available on its bench and the sheer volume of legal disputes and cases on its appellant docket to resolve.

If any party whether actually injured or not, is allowed to file petitions and if the court on its own indulgence and initiative decide to entertain matters of ubiquitous infringements of fundamental rights in the country with endless” public importance” impact, it will open the flood gates of litigation in the Supreme Court.

It’s not as if the Pakistan Supreme Court has cleared its docket of cases and is sitting idly doodling. Actually the court is swamped with thousands of pending cases (about 40,000 pending cases) languishing for decades to be heard.

Abandoning its heavy workload the apex court has recklessly jumped, flush with the ‘suomoto’ adrenaline, on hundreds of populist matters, distracting its attention and resources from its regular, burgeoning docket.

Not only are the sheer volume of unfinished cases needing urgent attention but the Supreme Court’s unwise and thoughtless intervention via ‘suomoto’, in such niche cases as the privatisation of Pak Steel Mills & PIA,  international arbitration disputes of RekoDiq, TTL, Turkish Rental Power Boats etc has resulted in real loss of billions of dollars to the nation.

Finally, some have argued that perhaps a modified version of Article 184 (3) ‘suomoto’ powers might work. It’s possible- if we can narrow down the scope of the wide, nebulous ‘suomoto’ jurisdiction to specified, extraordinary remedies for special situations.

These remedies, drastically limiting the scope of court’s original 184(3) jurisdiction would provide relief not available elsewhere regarding enforcement of certain fundamental rights, like the writ of habeas corpus ( for enforced disappearances, unlawful arrests and detention), mandamus (for government officials to implement an order), writ of certiorari ( to order submission of records for its judicial review of a case) and power to enforces its own contempt of court orders.

Either we completely abolish the anomalous, overarching ‘suomoto’ jurisdiction or modify its scope, we must always keep in mind the adage that judges are not legislators. They are neither chief executives nor social reformers nor policemen.

Having good intentions or not, judges should not be allowed to substitute via legal mechanism their own policies, social ideas or political philosophy for the right of people to govern themselves. A reign of a structured legal system should not be supplanted by an erratic, uncertain reign of ‘suomotos’.

It’s a big fallacy to assume that the Supreme Court, per se has the duty to enforce of fundamental rights of the citizens. It does not.

Judiciary enforces fundamental rights only in the course of hearing and resolving cases or disputes between adversaries that come before it. This is the duty and function of the executive branch rather than the judiciary    to enforce and implement laws of the land, including fundamental rights.

If Pakistan’s democracy is to survive, if peoples’ power is to reign supreme, if our Constitution is allowed to flourish and respected by all, we must begin with the fundamental principle that the function of our judiciary is to interpret the constitution and enforce laws only when it is asked to hear cases and resolve disputes.  Nothing less, nothing more is required of the apex court.

The writer is a US-based attorney, ex Gen Counsel, author, analyst and speaker