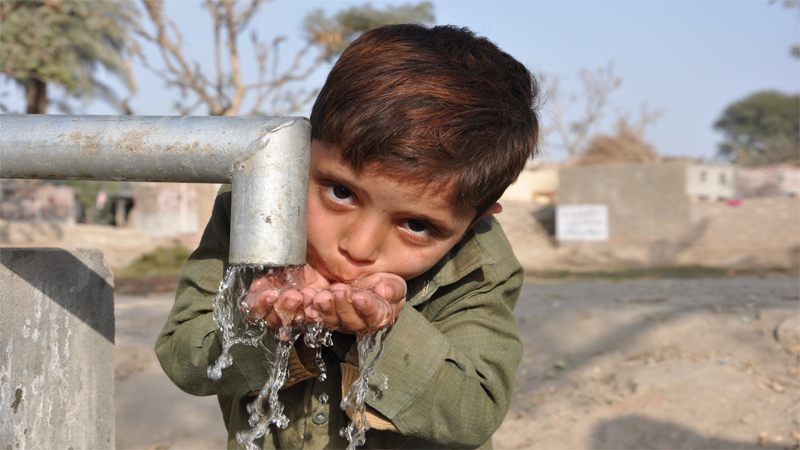 These views were expressed by speakers in the inaugural ceremony of a solar powered water supply project and a desalination project. The twin projects were launched for village BhagatMallu Ram and surrounding dwellers by United Energy Pakistan (UEP). They are being implemented by Association for Water, Applied Education & Renewable Energy (AWARE).

A large number of people from different walks of life including elected representatives, government officials, civil society, media and community participated in the inaugural eventi.

MNA Zulfiqar SattarBachani said that solar powered water supply systems did not need frequent service and recurring costs. “Innovative project of solar powered water purification plant seems high promising model for rural Sindh and this is a ray of hope for people who rely on ground water which is contaminated,” he said.

TandoAllahyar Deputy Commissioner (DC) Rasheed Ahmed Zardarialso spoke on the occasion. He said that the water and education were two of the dire needs of the region. He appreciated efforts taken UEP. “I am delighted that the community of BhagatMallu Ram and surrounding population has access to safe drinking water at their doorstep now,” he said. He added that these initiatives would save the time and energy of local women who had to walk for many kilometers on a daily basis just to fetch water for domestic consumption.

Dr. AzemDaudpota of UEP shared that the solar power water supply scheme was a highly promising project. He said that it was the first time in TandoAllahyar that potable water was being provided to the citizens by making use of alternative energy. “The government and other stakeholders should invest on sustainable projects instead of traditional approach and initiatives,” he added.

Ali Abbas Mirza shared that UEP was focusing on safe drinking projects and would love to cooperate and collaborate with stakeholders to quench the thirst of people who were in dire need of clean drinking water in rural parts of the province. Ali Akbar Rahimoo from AWARE, thanked the supporters who helped in addressing the most important and basic issue of the area innovatively.