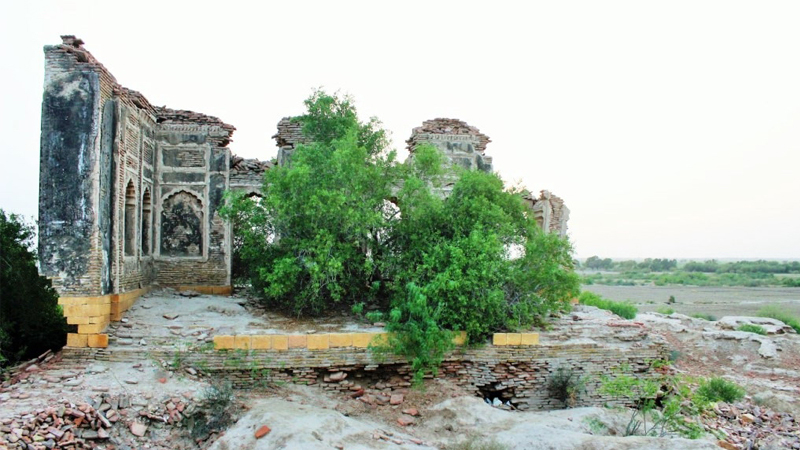 I recently visited Agham Kot, an ancient fort and town that has turned in relics now. This fort dates back to Pre- Muslim epoch of Sindh and is located east of Hyderabad. The name of Agham Kot has been mentioned in different books. Some refer it to as Angoomano and others, Aghmano. Locally, it is known as Agham Kot. Agham Kot is named after Agham Lohana, who once ruled here and founded this town in the 7th Century. King Chach of Brahmanabad Dynasty invaded this area after conquering Multan and Sehwan. Agham Lohana died during this invasion. Though the battle raged for months, Serhand, son of Agham Lohana and his cronies eventually surrendered before King Chachs’ forces.

Agham Kot is named after Agham Lohana, who once ruled here and founded this town in the 7th Century

This forgotten fort, witnessed progress and development during the Samma Dynasty. Teachers used to come here from Mesopotamia (Iraq) to impart knowledge. At that time, Aghamano or Agham Kot was considered to be the second largest centre of seminaries and academic institutions after Thatta. A shrine at Agham Kot belongs to a woman, Bibi Mahm. There are varying accounts about the exact year of her death. With the passage of time, many other saints visited this place. They came, lived, preached, died and were buried here. Makdhdoom Muhammad Ismail came here from Gujrat. According to historic accounts the famous folk character of Sindh, Watayo Faqeer accepted Islam at his hands. 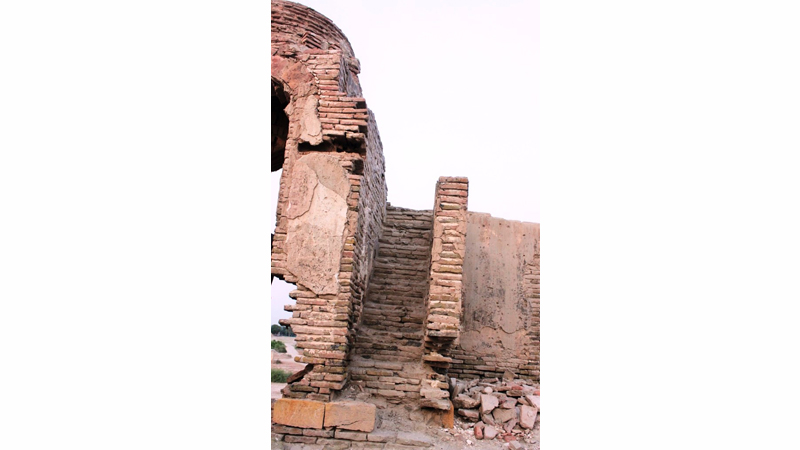 His shrine is located in the midst of Agham Kot and many devotees come here every year to celebrate his urs. There are many other shrines of saints inside the collapsed walls of this fort. These need to be examined by students of archaeology and anthropology for study and perseveration. One can also witness the historical Patan Wari Masjid (mosque alongside jetty) located at the site’s entrance. This mosque that witnessed prayers of many in this city of knowledge for centuries, has now collapsed. Another mosque, which is said to have been Jamia Mosque of Agham Kot, is also deteriorating and might even fall. 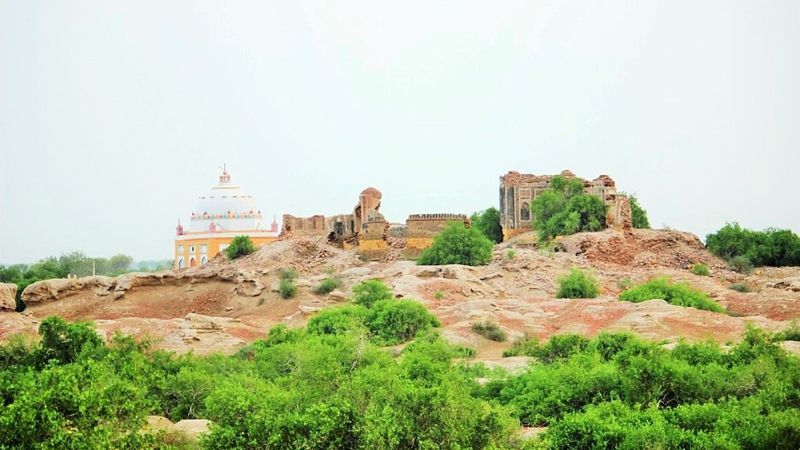 I reached there in the evening, met a few locals and they shared their knowledge about this heritage site. Famous Sindhi scholar, M.H Panhwar stated that the destruction of Agham Kot started when Afghan invader Madad Khan Pathan invaded and looted the area. However, other historians attribute the fort’s decline to the changing course of River Indus, which once flowed through this area. The downfall of Agham Kot is still a puzzle, yet to be solved by historians and archaeologists. There is dire need to preserve this site by establishing a small museum here that provides information about the ruins.