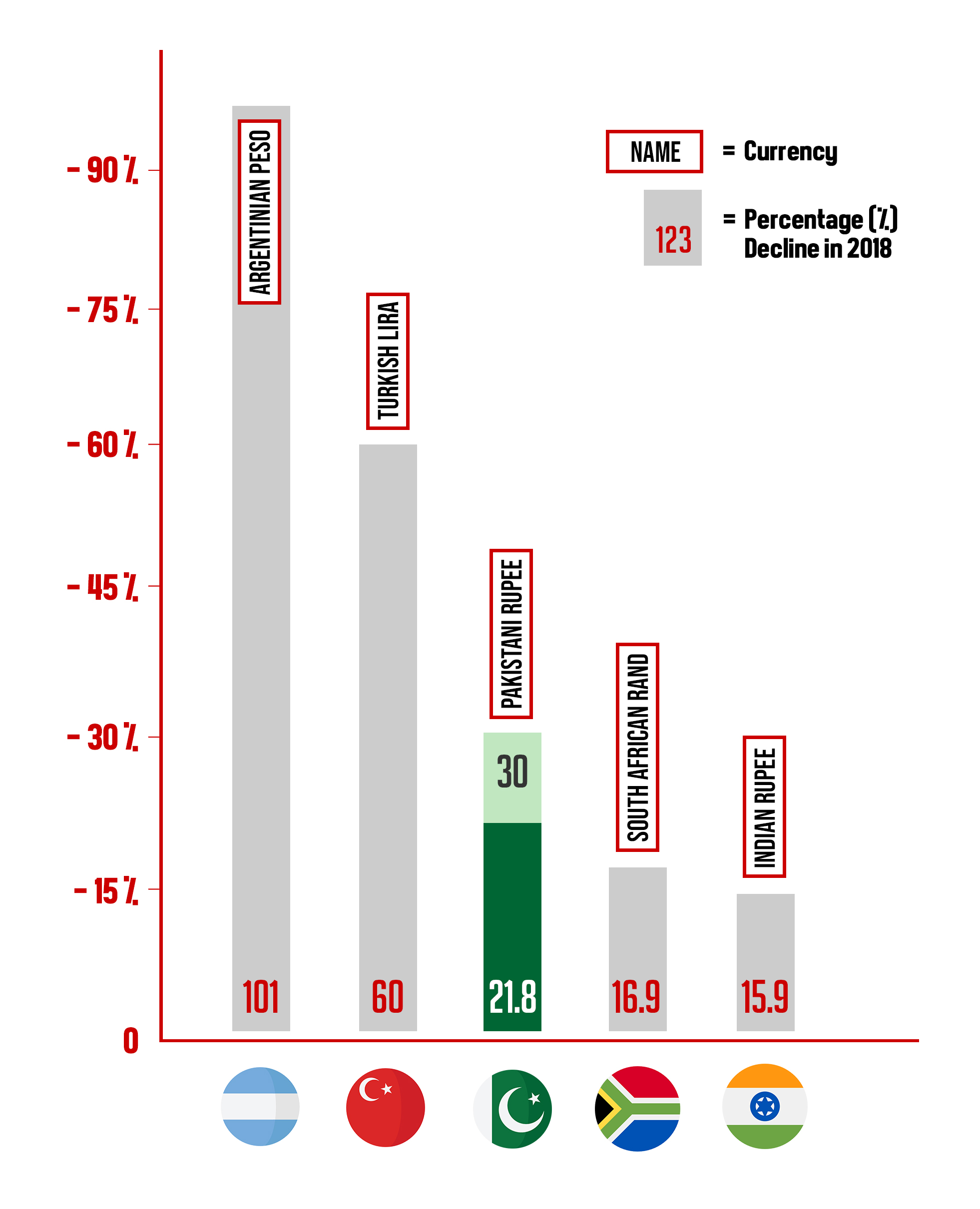 The Pakistani rupee has lost 21.8 percent of its value during 2018 and is likely to decline further until it has devalued by approximately 30 percent, according to the International Monetary Fund, if the central bank does not artificially support it.

But the decline is not the fault of any one political party or government. The policy to artificially hold the rupee “stable” has been practiced by every government since the 1980s — democratic or otherwise – by forcing the State Bank of Pakistan to regularly restrict or limit the trading of currency.

The sudden shocks of the current devaluation would not have happened and more gradual depreciation would have been witnessed if such artificial support was not in place.

Yasir Hameed is an analyst for SURKHI, an infomedia initiative that covers stories with a creative angle, fact-checks information and simplifies details through visual design. You can follow SURKHI on Twitter @SurkhiPK, on Instagram @surkhi.pk and on Facebook here.