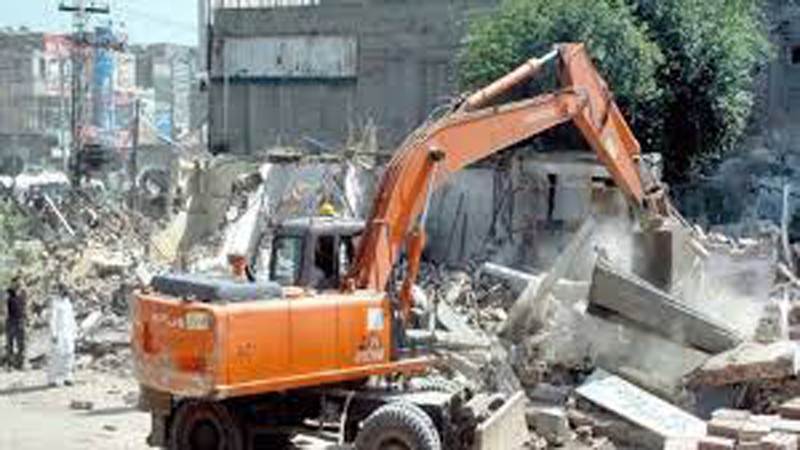 The DC asserted that the operation would continue in the next days, and no pressure from any influential person would be tolerated.

The Gujranwala police have arrested 1,178 proclaimed offenders and recovered a large cache of illegal arms from their possession in the last month of September.

According to a press release issued by the Regional Police Office (RPO), police have busted 26 gangs of robbers, and subsequently arrested 88 suspects and recovered stolen valuables worth Rs 80 million from their possession. Furthermore, police have seized 425 illicit arms including 13 kalashnikovs, 21 rifles, 43 guns, 14 revolvers, four carbines, 330 pistols and 1,899 bullets.

Two men lost their lives in fatal road accidents in Gujranwala on Wednesday.

Reportedly, Fareed, a resident of Baghbanpura, was on his way when his motorcycle rammed into a donkey cart on Noshera road.

Resultantly, he died on the spot.

In another incident, Waleed, a resident of Bhopalwala, was crushed by a speeding tractor while crossing a road.

Resultantly, he received severe injuries and succumbed to his injuries while being shifted to a hospital.

A man committed suicide on Wednesday by consuming poisonous pills in Khiali area of Gujranwala. Reportedly, Ramzan got disheartened after being unemployed and swallowed poison. He was shifted to the DHQ Hospital where he died.